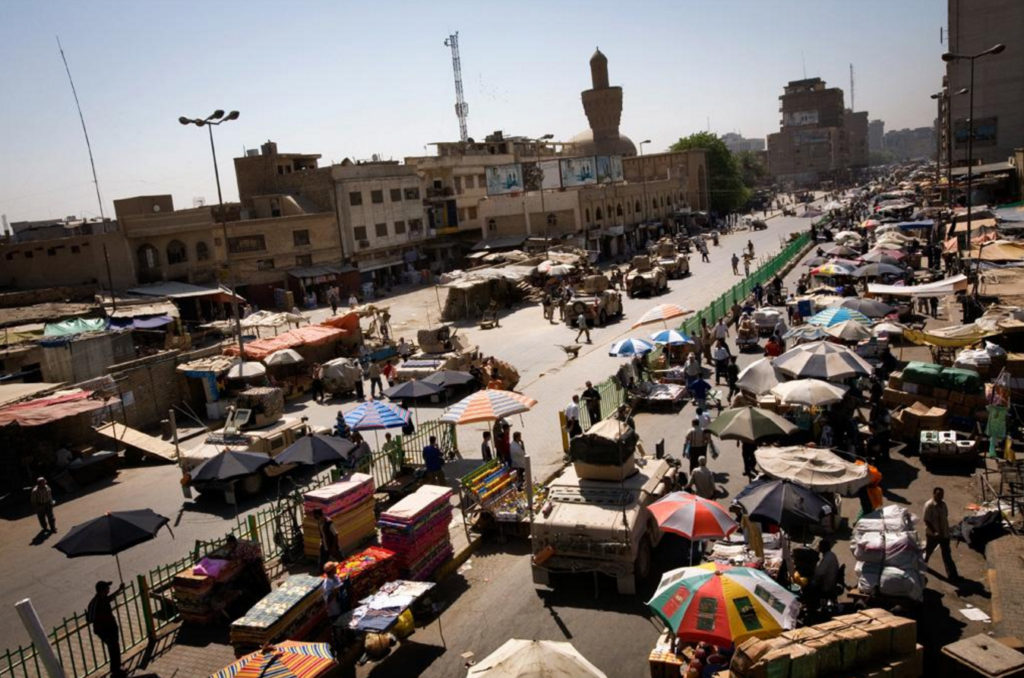 RIYADH, Saudi Arabia — Following a circuitous route from here up through Turkey or Jordan and then crossing a lawless border, hundreds of young Saudis are secretly making their way into Syria to join extremist groups fighting against the government of Syrian President Bashar al-Assad, GlobalPost has learned.

With the tacit approval from the House of Saud, and financial support from wealthy Saudi elites, the young men take up arms in what Saudi clerics have called a “jihad,” or “holy war” against the Assad regime.

Based on a month of reporting in the region and in Washington, over a dozen sources have confirmed that wealthy Saudis, as well as the government, are arming some Syrian rebel groups. Saudi and Syrian sources confirm that hundreds of Saudis are joining the rebels, but the government denies any sponsoring role.

The Saudis are part of an inflow of Sunni fighters from Libya, Tunisia, and Jordan, according to Aaron Zelin, a senior fellow at the Washington Institute.

“Most of the foreigners are fighting with al-Nusra or Ahrar al-Sham,” both extremist groups, Zelin said.

Sunni extremist fighters are now part of a vicious civil war that has killed an estimated 70,000 people and created more than a million refugees. The fighters are also part of a larger struggle in a region in which opportunistic leaders stoke the age-old rift between the Sunni and Shia in Syria, Iraq, Bahrain and in Saudi Arabia itself.

The Saudis hope to weaken their regional competitor Iran, a Shia theocracy that is backing Assad. Saudi officials also hope to divert simmering political unrest at home by encouraging young protesters to instead fight in Syria, according to Saudi government critics.

The government seeks to “diffuse domestic pressure by recruiting young kids to join in another proxy war in the region,” said Mohammad Fahd al-Qahtani, a human rights activist and economics professor at the Institute of Diplomatic Studies in Riyadh. They are joining ultraconservative groups who “definitely are against democracy and human rights. The ramifications could be quite serious in the whole region.”

In one documented case, a Saudi judge encouraged young anti-government protesters to fight in Syria rather than face punishment at home. Twenty-two year old Mohammed al-Talq was arrested and found guilty of participating in a demonstration in the north-central Saudi city of Buraidah.

After giving 19 young men suspended sentences, the judge called the defendants into his private chambers and gave them a long lecture about the need to fight Shia Muslims in Syria, according to Mohammed’s father, Abdurrahman al-Talq.

“You should save all your energy and fight against the real enemy, the Shia, and not fight inside Saudi Arabia,” said the father, quoting the judge. “The judge gave them a reason to go to Syria.”

Within weeks, 11 of the 19 protesters left to join the rebels. In December 2012, Mohammed al-Talq was killed in Syria. His father filed a formal complaint against the judge late last year, but said he has received no response.

Saudi Arabia shares no border with Syria, so young fighters such as Mohammad must travel through Turkey or Jordan.

Those without criminal records can fly as tourists to Istanbul. Those convicted of crimes or on government watch lists cannot travel without official Ministry of Interior permission. Critics say the government allows such militants to depart with a wink and a nod. Then they sneak across the Jordanian border into southern Syria.

The young militants are sometimes funded by rich Saudis. They acquire black market AK-47s and cross at night along the now porous Syrian borders, according to a local journalist.

Sami Hamwi, the pseudonym of an exiled Syrian journalist who regularly reports from inside the country, has carefully observed the flow of the Saudi fighters to Syria. He told GlobalPost that groups of 3-5 Saudis often join Jabhat al-Nusra, a prominent rebel faction the United States says has links to Al Qaeda.

Al-Nusra went public in February 2012 after taking credit for several major bombings in Damascus and Aleppo. Its reputation as one of the most effective fighting groups, as well as its efforts to provide aid to average Syrians, has won over some in the opposition.

Many Syrians “like the fact that Saudis come with a lot of money,” Hamwi said. “Civil society activists do not like foreign fighters. They think they will cause more trouble.”

The term “civil society activists” refers to the largely secular, progressive Syrians who led the initial stage of the Syrian uprising but who have since been eclipsed by the armed militias.

Saudi officials deny that the government encourages youth to fight in Syria. They point to a religious decree (fatwa) issued by Saudi Arabia’s Grand Mufti, Sheikh Abdul-Aziz bin Abdullah Al al-Sheikh. He urged youth not to fight in Syria, noting that aid to rebels should be sent through “regular channels.”

But Saudi authorities also admit they have no control over people who legally leave the country and later join the rebels.

Fighting with the rebels in Syria is illegal, declared Maj. Gen. Mansour al-Turki, a spokesperson for the Ministry of Interior. “Anybody who wants to travel outside Saudi Arabia in order to get involved in such conflict will be arrested and prosecuted,” he said. “But only if we have the evidence before he leaves the country.”

That position gives the Saudi government plausible deniability, according to Randa Slim, a scholar with the Middle East Institute in Washington. The Saudi government purges the country of young troublemakers while undermining a hostile neighbor, she said. “In the name of a good cause, they are getting rid of a problem.”

“Their ultimate policy is to have a regime change similar to what happened in Yemen, where they lose the head of state and substitute it with one more friendly to the Saudis,” al-Qahtani said. “But Syria is quite different. It will never happen that way.”

Last week, a Saudi Court sentenced al-Qahtani to 10 years in prison for sedition and providing false information to foreign media. Human rights groups immediately defended al-Qahtani, saying he is being persecuted for his political views and human rights work.

Meanwhile, evidence mounts that Saudis are pouring into Syria.

Last year a close friend of Abdulaziz Alghufili bought a Kalashnikov rifle and slipped into Syria to join an extremist militia fighting the Assad regime. “My friend is putting his life at risk,” said Alghufili, an electrical engineer not involved in his friend’s activities.

So far his friend remains alive. But dozens of Facebook pages and Twitter feeds document the deaths of other Saudis not so fortunate. Almost all joined the al-Nusra Front.

“Most people going there don’t think they will come back,” Alghufili said. “They will fight to die or win freedom.”

The Muslim Brotherhood maintains the most support among rebel fighters, but has recently met strong competition from extremists, including al-Nusra, which supports the establishment of an Islamist state and a harsh version of Sharia law in Syria.

Al-Qahtani argues that Saudi support for al-Nusra resembles their aid to the mujahedeen fighting the Soviet occupation of Afghanistan in the 1980s. Back then Osama bin Laden was a scion of a Saudi construction magnate who transferred his inherited wealth out of Saudi Arabia and into what came to be called “The Base,” English for Al Qaeda. Both the United States and Saudi Arabia encouraged the flow of Arab fighters and arms to the Afghans, part of a proxy war against the Soviets.

Saudi authorities set up networks to support the mujahedeen. “They recruited kids to fight there,” al-Qahtani said. “They financed them and provided them with [airplane] tickets.”

In the 1980s, the CIA and Saudis backed Gulbuddin Hekmatyar, an ultraconservative Islamic extremist because his group was the best organized and most anti-communist, although it lacked popular support. After the United States invaded Afghanistan in 2001, Hekmatyar switched sides and today is fighting the United States and NATO.

The Saudi government faced a similar problem with its former clients. When the Soviet backed regime fell and the fighters returned to Saudi Arabia in the 1990s, some engaged in terrorist bombings and assassinations in an unsuccessful effort to overthrow the government. A nascent form of Al Qaeda began to take shape, metastasizing throughout the region and eventually lining up against the Saudi and US governments.

Al-Qahtani notes that the current support for Syrian rebels falls well below the massive effort in Afghanistan, in part because the Obama administration has tamped down Saudi efforts, worried about the growth of extremist groups.

Some US officials and analysts argue that the Saudi government doesn’t arm extremist groups at all, having been chastened by the Afghan experience. According to their view, the Saudi government and al-Nusra ideologically oppose one another and compete for the same, conservative political base in the region.

A State Department official described Saudi Arabia as an opponent of Syrian extremist groups. “The Saudi government and Arab League share the same concerns about Nusra,” he said. “Nobody wants instability.”

“All the funding for such groups comes from private sources,” Zelin said. “The Saudis learned the lessons of Afghanistan in 1980s.”

The Middle East Institute’s Slim sees truth in both arguments.

The Saudi royal family certainly doesn’t want a repeat of terrorist fighting on its own soil, nor does it want to anger its chief ally, the United States, Slim said.

“To avoid US ire, they can have individuals fund al-Nusra while the government funds groups vetted by the US,” she said. ”The Saudis are outsourcing the fight.”

Officially, the Obama administration offers political support to the Syrian rebels and provides only “humanitarian” aid in the form of communications equipment, food and medical supplies. The British provide humanitarian supplies that may include body armor and night vision goggles.

But the CIA has also facilitated covert military aid since at least the middle of 2012. The CIA sent operatives to southern Turkey to vet various factions of the Free Syrian Army, the umbrella group encompassing most of the local militias fighting Assad. Those fighters who passed muster received arms from Saudi Arabia and the gulf emirate of Qatar, according to the New York Times.

In May 2012, a Saudi- and Qatar-financed shipment of small arms landed in Turkey and was trucked to the Syrian border without interference from Turkish authorities. The shipment included AK-47 assault rifles, rocket-propelled grenade launchers and small-caliber machine guns. In 2013, CIA sources admitted that the agency is training Syria rebels in Jordan.

The US initially helped supply militias led by the Muslim Brotherhood, but later soured on the Brotherhood and sought to arm other groups more in agreement with US policy, according to Brotherhood leaders.

Officially, the Obama administration is proceeding cautiously to prevent weapons from falling into the hands of extremist groups like al-Nusra. Syrian opposition leaders say, in reality, the United States is being parsimonious with aid because it hasn’t found rebel leaders it can trust.

“The Americans haven’t supported the revolution strongly enough because they are still looking for someone who can ensure their interests in the future,” Omar Mushaweh, a spokesman for Syria’s Muslim Brotherhood living in Istanbul, said last year.

The activities of Saudi Arabia — along with Turkey, Qatar, Iran and the United States — have significantly complicated the Syrian civil war, according to Saudi human rights activists.

“The people of Syria want their revolution to be as clean as possible,” al-Qahtani said. “Once foreigners are involved, it could lead to the situation of Afghanistan. It could give an excuse for the Syrian regime that it is foreigners who are fighting, which is a wrong policy.”

Freelance journalist Reese Erlich’s reporting on the Sunni/Shia rift is presented in partnership with NPR.