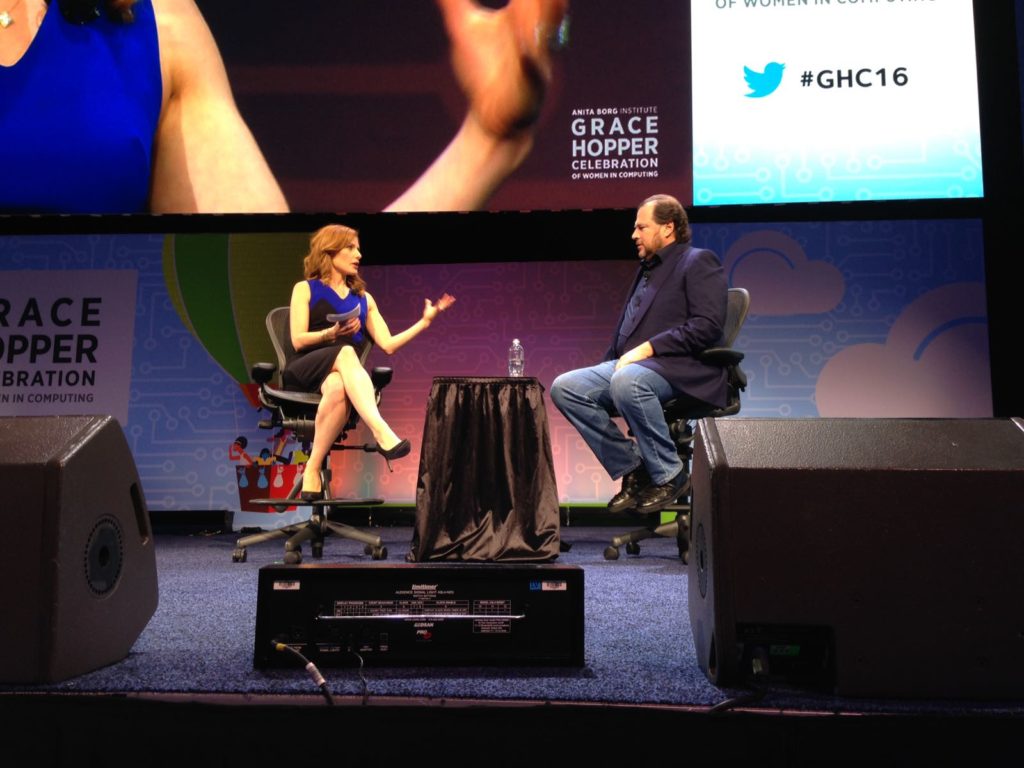 Salesforce CEO Marc Benioff spent $3 million last year adjusting salaries to ensure that men and women are paid equally within the company. Now he makes a habit of asking other tech CEOs when they’re going to do the same.

“Industries have spent billions of dollars to put in human resource management systems,” he said. “But the funny thing is with one button any CEO can know, do they pay women the same as men. But are they willing to press that button?”

A March report by Glassdoor found that male computer programmers make an average of 28.3 percent more than female programmers.

“The fear comes from something simple: they don’t know,” Benioff explained. “They don’t know if they’re paying women the same as men, and if they find out there’s some major discrepancy, how much will it cost to make that change, and will it impact them in some dramatic way in their company?”

“All of us together need to take away that fear,” he said. “We need to make that change.”

Benioff spoke at the closing keynote of the Grace Hopper Conference, the largest gathering of women in technology. The conference expected 15,000 attendees, up from 11,700 last year. Benioff addressed tech companies’ responsibility to use their influence to improve equality for women and people of color in the workplace.

“Business is a platform for change, and CEOs are the leaders of business that can make this change happen,” he said. “We have a room full of future CEOs here.”

Benioff aims to make that happen through setting an example with Salesforce. The company has a policy called 1:1:1 in which they leverage one percent of the company’s technology, resources and people to make change. When Salesforce acquires a company (it made $4 billion in acquisitions this year), he encourages leadership to adhere to same pay equality philosophy. Last month, Benioff hired the company’s first Chief Equality Officer.

Last year, he also threatened to pull out of Indiana when Gov. Mike Pence approved a “religious freedom” bill that would have allowed discrimination against LGBTQ people.

To some criticism on social media, he spoke ‘colorfully’ about his responsibility to represent his employees.

“I’m the whole rainbow,” he said. “I have to be. I have to represent everybody.”

While some members of the audience applauded Benioff’s comments on Twitter, others thought he took the comments a step too far — or wondered why a white male was keynoting Grace Hopper. Megan Smith, CTO of the United States, followed him.

“Sorry Marc Benioff, you don’t represent all of us. you may sympathize with those who are oppressed but you’re not oppressed yourself,” wrote Ling-Yi Kung.

On stage, Benioff encouraged every attendee to do just one thing, anything, to push for equality.

“Each and everyone of us has to decide what personal action we’re going to take to make the world more equal,” he said. “I’m not saying you have to do everything, but you need to do something.”