ON THE GROUND IN SACRAMENTO, CA 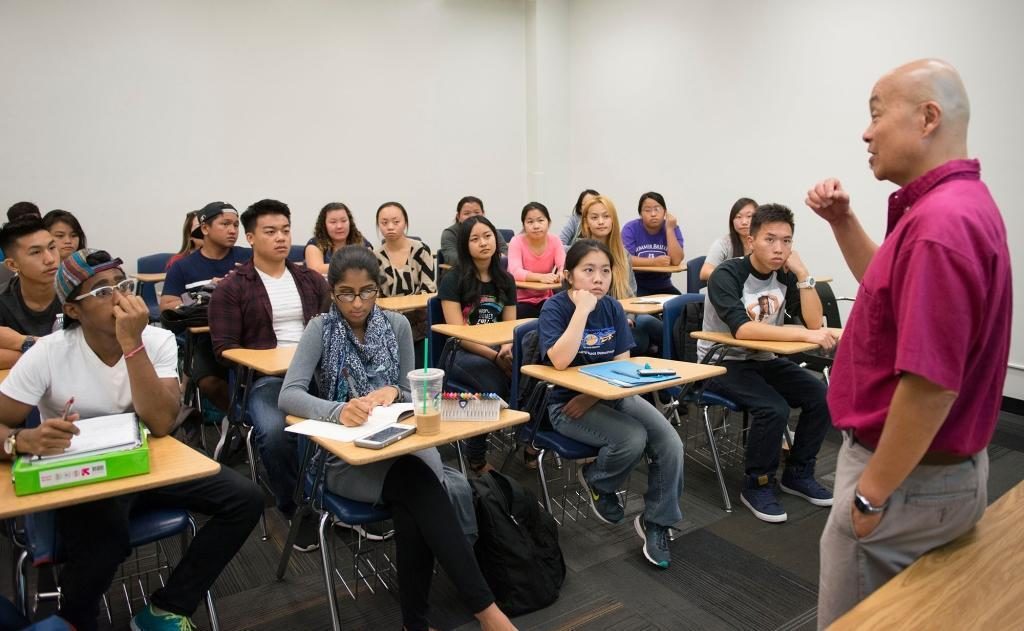 SACRAMENTO, CA – Sacramento may be best known as the midwest of California, the city of trees.

But to some, California’s capital used to be, or perhaps still is, known as yee fou, a Cantonese term for “second city,” after San Francisco. It saw an influx of the earliest groups of Chinese miners and railroad workers during the Gold Rush in the 1850s, marking the start of people immigrating to Sacramento from Asia.

Then the Japanese, Filipinos and Koreans immigrated in large waves to fill more worker and farmer roles. Despite discriminatory exclusion acts that prohibited laborers from immigrating to the U.S. — and then a dark chapter of Japanese-American internment during World War II, which haunts Americans to this day — many chose to stay.

In 1965, the Immigration and Nationality Act opened up borders for immigration from Asian countries, and the number of south Asian immigrants, including Asian Indians and Pakistanis, steadily rose.

From 1975 to 1990s, waves of immigrants from southeast Asia, including Vietnamese, Cambodian, Laotian, Hmong and Iu-Mien, came to the U.S. as refugees to escape the Vietnam War, the Secret War of Laos and the Khmer genocide. In recent years, an increasing number of Afghan refugees have also moved to the Sacramento area following this country’s 2001 invasion of Afghanistan. As of 2017, nearly 14% of residents in the Greater Sacramento area are Asian and Pacific Islanders. This year, it was named the third most diverse in the nation behind two other California cities, Stockton and Oakland.

Each diaspora brings their history and stories of their homeland, some of which involve trauma – the loss of loved ones, of country, identity, valuables – and the retraumatization of immigration. Others have stories of fear, of uncertainty in navigating systems of a new country they’ve adopted, sometimes involuntarily or at great personal risk.

What some immigrants face is much more complicated than it seems. Some had limited opportunity to get an education at a time of war and were busy surviving and struggling with trauma, and their educational background made entry into U.S. job markets especially difficult.

A former Vietnamese soldier with the surname Luong, now in his late-70s, battled insomnia and nightmares after spending ten years at a labor camp in Northern Vietnam during the war. He often jolted from his sleep in the middle of the night covered in sweat, he said. Then, his friends introduced him to community Tai Chi and ballroom dancing classes, a culturally competent mental health program that aims to reduce isolation of older adults, prevent suicide and improve mental wellness. Designed by the nonprofit organization Asian Pacific Community Counselling, the classes provide a ground-up approach to unpack trauma through healing within a community where participants are more likely to open up about old wounds. Luong’s story is among the many remarkable stories of resilience in this strife.

“After I started the classes, I started to connect with the people, the surrounding community, and I started feeling better about myself and the situation I am in,” Luong said, in Vietnamese.

Many studies have shown a decline in mental health among some older immigrants, those who were traumatized by war, forcefully uprooted from their homelands and separated from their families. By refusing to talk about and face their trauma, their children often knew little or nothing about their past struggles and family history, even when they asked, making the process for intergenerational healing much more challenging

A community of mythbusters

Even for those who were trained professionals, many lacked the resources in their new country to obtain licensure, forced to confront a foreign bureaucracy while working long hours to make ends meet for their families.

With limited time and lack of resources, learning English is another compounding challenge for many middle-aged and older immigrants, which makes assimilating into American society a longer and more daunting process. Some groups were vulnerable because of these language barriers and the reflex to keep one’s head low, to stay out of trouble, for fear that their security would be taken, yet again. As a result, these communities became a target of crime, and the victimization of groups unlikely to report the crimes to the police led to South Sacramento seeing a surge of robberies and carjackings targeting Asian American families in 2016.

But contrary to the “silent” stereotype, activists and community leaders delivered a petition for help to the Sacramento City Council that was signed by 2,000 people to combat armed robberies and home invasions.

For some first-generation immigrant children with parents who never had a proper education, who worked minimum-wage jobs and lived paycheck to paycheck, going to college could be difficult to imagine. The “model minority” myth – a stereotype largely inapplicable to ethnic groups so diverse, yet lumped together, as “Asians” – harms those who need the resources and support to graduate, but were perceived to be doing well in their studies.

The next generation gives back

Younger generations of Asian Americans and Pacific Islanders, many the first in their families to attend college, increasingly rose to leadership roles and give back to their communities, a sign of the intergenerational progress of immigration and assimilation and moving up the social ladder. Most recently, advocacy organization OCA Sacramento held a community forum to discuss facts on COVID-19 and help prevent unwarranted discrimination targeting Asians.

Many in the next – American – generation did not forget those who raised them, and came home after graduation to uplift and serve their communities. Hmong American Mai Vang is now running for city council, hoping to open doors for marginalized communities, including the one that she herself grew up in. Koy Saeteurn became the first Iu-Mien American to serve as the chief of staff for Sacramento Vice Mayor Eric Guerra’s office, where she works to advance conversations on policy especially affecting the historically unheard.

Local advocacy groups like Hmong Innovating Politics is one of the many organizations working on outreach to communities of color, in preparation for Census2020. Many underrepresented communities were not counted in the Census 10 years ago, due to fear and mistrust of the government, as well as language barriers. The group works to educate, dispel myths and instill trust in order to ensure that the underrepresented are counted this time. Through phone banking, canvassing and information sessions, volunteers and staff inform the community of the importance of Census data in determining the funding the county receives for schools, hospitals, transit and the number of seats California receives in the U.S. House of Representatives. They also reassure community members that the citizenship question will not be included in the Census questionnaire.

Grassroots organizations like the Iu-Mien Community Services and ARI Community Services have been on the ground running programs and classes to create communities and offer themselves as a source of information for immigrants to reach out to. The Philippine National Day Association runs conferences and mentorship programs to educate and empower the younger generation about their culture and learn to be proud of their identities as Filipino Americans.

Efforts by regional advocacy groups like the Southeast Asia Resource Action Center, Council on American-Islamic Relations, and the Asian American Advancing Justice in Sacramento and California advocate for immigration and racial justice, and provide legal assistance to immigrants.

The Asian Law Caucus and the Asian Prisoner Support Committee assisted and advocated for Southeast Asian refugees at risk of deportation for age-old criminal records who have served their sentences. The Asian Pacific Islander American Public Affairs works to educate and train the youth to be civically engaged to increase civic engagement and participation in offices.

As many community leaders, organizers, participants and volunteers have said, chanted, shouted and sang, five words are now etched in my mind, a reminder for my reporting: “No one gets left behind.”

Theodora Yu covers Asian American issues for The Sacramento Bee. This dispatch is part of a series called “On the Ground” with Report for America, an initiative of The GroundTruth Project. Follow her on Twitter: @theodorayuhk.