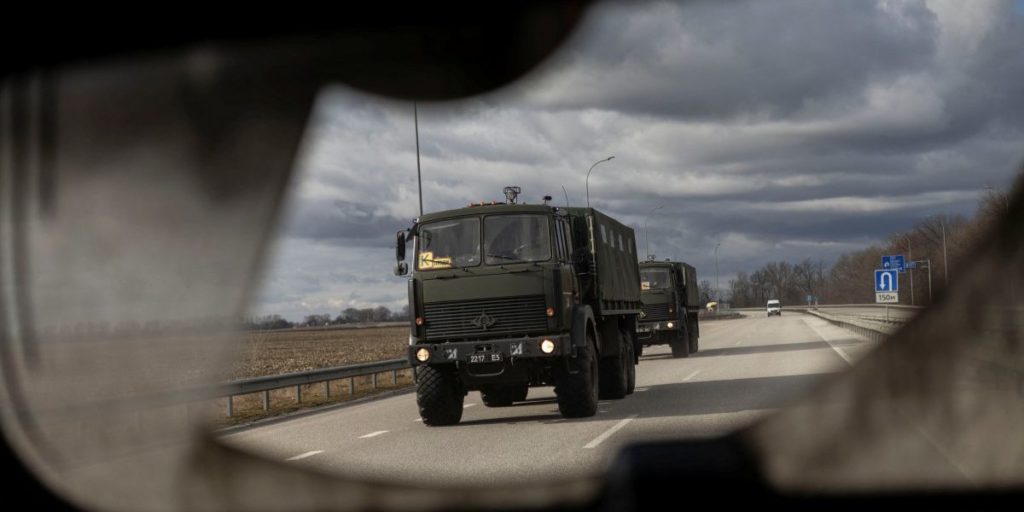 When it rains, it pours.

In the first week of January, the US Bureau of Labour Statistics delivered an inflation shock of 7.5% – the highest in four decades – at a time when the US Federal Reserve’s inflation tolerance level peaks out at 2%. The Fed’s price control mandate ran into another hurdle as a Commerce Department inflation gauge reported that it jumped to 6.1% last month, – the highest since 1982 – categorically putting to rest the notion that inflation might be transitory.

The new inflation stats coming in amidst the Russian invasion of Ukraine put the Fed in dire straits. Already, a number of US banks and brokerages have been cautioning that the Fed could push the US economy – and by extension, the global economy – into a recession if it fails to eke out a glide path for the economy out of the heady inflation trip.

If historical precedents are anything to go by, periods of high inflation are often followed by recessionary phases; be it in the 1970s, when America was emerging from the Vietnam war; or in 1973, when Arab Petroleum Exporting countries, led by Saudi Arabia, delivered an oil shock to the global economy; or in the latest instance, in the financial crisis of 2008-09.

Until the morning of February 24, central bankers around the globe were busy preparing their respective economies to better take on the impact of the imminent rate hikes by the Fed on March 15-16. On the morning of February 24, as Russia began its offensive against Ukraine, the woes of these central bankers multiplied manifold as Brent crude oil prices hit the $105 mark.

India’s economy, just like other emerging economies, will be badly hit by inflationary pressures because of the unanticipated crude oil price spurt. Compounding the miseries for the Indian government are the rising 10-year bond yields, which brushed the 7% barrier after the budget and are likely to breach that mark in the coming quarters.

What would an excise duty cut cost?

In a research note, the State Bank of India’s (SBI) research desk points out that if the Indian government, increasingly under pressure from the public over high fuel prices, opts to cut back on excise duty for the coming financial year, it can be looking at a revenue loss of anywhere between Rs 95,000 crore and Rs 1 lakh crore. SBI’s projection is based on petrol and diesel consumption growing at 8-10% in the next fiscal year.

“Based on the existing value-added tax (VAT) structure and taking Brent crude price of $95/bbl.- $110 bbl., diesel and petrol prices should have been higher by Rs 7-14. If the government, however, reduces the excise duty on petroleum products further by Rs 7 per litre in March, after elections, and prevents the prices of petrol and diesel from rising, then the government will incur excise duty loss of Rs 8,000 crore for a month. And if we assume that the reduced excise duty continues in the next fiscal and, assuming petrol and diesel consumption grow around 8-10% in FY23, then the revenue loss of the government would be around Rs 95,000 crore to Rs 1 lakh crore for FY23,” the SBI research note read.

Further, the rise in gas prices is likely to upset the government’s math on the fertiliser subsidy.

Since gas is a key raw material that goes into the making of urea, the current allocation of Rs 1.05 lakh crore as fertiliser subsidy is likely to fall short, given the anticipated gas shortages. The current Indian pooled gas rates of $16/Metric Million British Thermal Unit (mmbtu) is expected to shoot up to $18/mmbtu, imposing further costs on the government. For every one dollar of increase in the pooled gas rate, India’s fertiliser subsidy bill inches up by Rs 4,000-5,000 crore.

In India, retail inflation has been on the up-and-up since September 2021 and has already grazed the 6% upside barrier. At the heart of the consumer price index is the chilling rise in food inflation, making subsistence for those at the lowest strata of the socio-economic pyramid costlier by the day. Food inflation, which was hovering at around 1% as of September 2021, shot up to 5.9% in January in urban areas.

Besides the large hike in fruit and vegetable prices, edible oils have seen an average price spurt of an explosive and unpardonable 24%.

The Reserve Bank of India (RBI) has been criticised for opting not to increase policy rates at a time when inflationary signals have been making themselves apparent across the globe. The RBI’s dovish stance at a time when inflation has been worryingly resurfacing on the Indian macroeconomic scene has many experts and economists pointing out that such accommodative policies come at the cost of larger, substantial policy rate hikes down the road. What’s more, the RBI’s inflation projection of 4.5% for FY23 is increasingly under threat from the soaring crude oil prices.

Muddling up the lay of the land further, the Russian offensive against Ukraine has had the effect of choking up supply chains. While the supply chain hardening is not as grave as the one unveiled in the aftermath of the pandemic, there is no guarantee that it won’t be exacerbated, unless the Russian-Ukraine crisis sees an accelerated resolution.

The ramping up of sanctions on Russia will also invite Russian counter-responses which will increase the stakes for a number of key global stakeholders. Already, some car factories in Germany have been forced to down shutters as component supply from Ukraine has abruptly halted. Steel mills in Japan have temporarily closed their operations as they rely on exports from Ukraine for their raw materials.

Meanwhile, prices of commodities like wheat, sunflower oil, natural gas and crude have been rocketing to unprecedented levels; a consequence of the impeding of Russia’s and Ukraine’s exports.