Robin D’Alessandro leads The GroundTruth Project’s Board of Directors 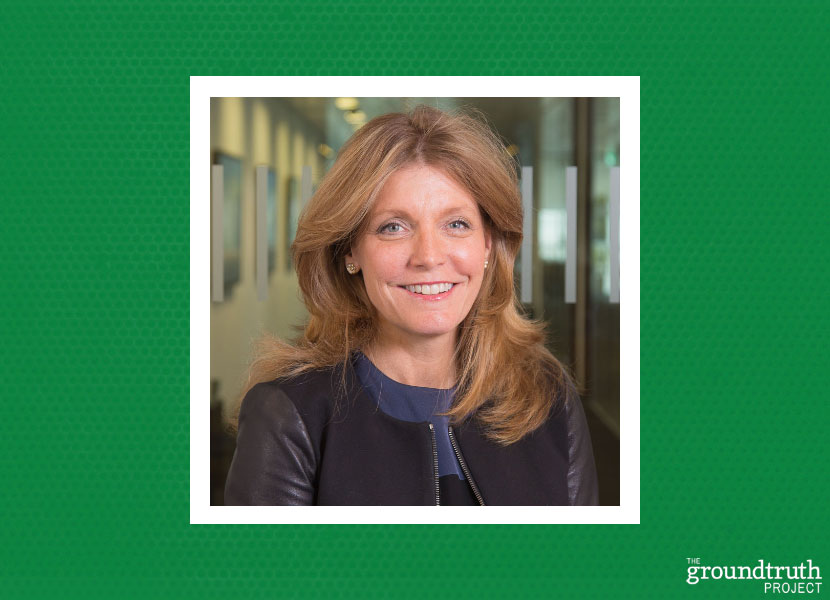 The GroundTruth Project is honored to announce that Robin D’Alessandro has been elected Chair of GroundTruth’s Board of Directors. Ms. D’Alessandro has served as a GroundTruth board member for the last year and recently completed Harvard University’s prestigious, year-long Advanced Leadership Initiative.

“We are so appreciative of Robin’s growing leadership in this time of urgency for the free press here in the United States and worldwide,” said GroundTruth Founder and CEO Charles M. Sennott. “She brings invaluable experience in the power of philanthropy and social entrepreneurship in tackling problems that are both global and local. And she will be taking the helm at a critical time of growth for GroundTruth’s global reporting fellowships and for our national service program, Report for America.”

Previously, Ms. D’Alessandro was a longtime executive in the energy sector and former CEO of the Vitol Foundation, the philanthropic arm of the Geneva-based Vitol Group of Companies. Under her leadership, the Vitol Foundation has long supported projects that fall under five program areas critical to a child’s development: health, WASH, education, youth livelihoods and humanitarian response. Ms. D’Alessandro has focused her work on development that is efficient, sustainable and replicable. Her geographic focus was on support in fragile states, particularly in Africa. Citing her effective work as a philanthropist in supporting innovative projects and NGOs focused on poverty and education, Ms. D’Alessandro was named by the Huffington Post as one of the “20 Powerful Women to Watch in 2014” – a list that included Hillary Clinton, Angela Merkel, Malala Yousafzia and Melinda Gates.

Ms. D’Alessandro said, “I’m excited to bring lessons learned in the field in working with some of the world’s most inspiring social entrepreneurs whose work is both transformational and scalable. I’m thrilled to bring some of that same energy and best practices in helping the GroundTruth team at this important time of growth and at this time of critical need for fair and balanced journalism that is both global and local.”

Prior to managing the foundation, Ms. D’Alessandro was the Country Director for Vitol in Iraq and a Middle East specialist. She spent over 25 years of her career working with OPEC-producing countries from trading posts in New York, Singapore and London.

GroundTruth is thrilled to announce her leadership role as the nonprofit news organization hits a dramatic moment of growth and momentum in our mission to restore journalism from the ground up through support for a new generation of journalists to report on social justice issues in under-covered corners of the U.S. and the world.

In addition to this exciting news about Ms. D’Alessandro’s new leadership role, GoundTruth’s board and executive leadership wants to highlight the extraordinary success of Chris Bake during his tenure as Board Chair and for his extraordinary support and service for the last eight years. GroundTruth is honored to have Mr. Bake as a continuing presence on the board as Chair Emeritus.