Taking Up the Cross

Taking Up the Cross:

In the town where Jesus was born, Christians and Muslims struggle together

Formerly a small town, Bethlehem is now a bustling city with over 200,000 residents. (Photo by Cate Malek/GroundTruth)

BETHLEHEM — The woman who held the key didn’t want to talk.

Her name was A’abla, and the matriarch of a Muslim family entrusted with the key to the church here in the West Bank, on the site where tradition holds that Jesus was born. The story was so oft-told about her holding the key that it felt more like a fable than a fact.

But after weeks of searching, there was A’abla, holding a heavy black wrought-iron key that unlocks the ancient door of the Church of Nativity here in Bethlehem, a Palestinian-controlled municipality on the edge of the Israeli military checkpoints that lead to Jerusalem.

It was common during Ottoman times to give the keys of important Christian shrines to Muslim families, the idea being that they could hand down a tradition of protecting the sites from warring religious factions. So the tradition lives on. One recent morning, A’abla slipped through a dark wooden door at the back of the church and walked slowly down an elegant, curved staircase into the crowd of tourists below. The straight-backed, 70-year-old woman was asked to share the stories from her decades living in the church. She politely deferred, but opened her hand slightly to show the key. With a Mona Lisa smile, she disappeared back up the staircase.

A’abla is not the only legend surrounding the Church of the Nativity. The most enduring mystery of this place is the building itself and how it has survived 2,000 years of invasions, government overthrows, military occupation and natural disasters to become the oldest-operating church in the world. The key to this mystery is in no small part the local population of Bethlehem, both Christian and Muslim, who view the church as part of their living legacy to the world. And they protect it accordingly.

But despite the local support and the church’s revered place at the birth narrative of the world’s largest religion, this ancient building is once again under threat. Bethlehem is located in the Israeli-occupied West Bank, behind the Israeli-built separation wall, and a “peace process” that has been steadily deteriorating for nearly two decades.

The political reality of the Israeli-Palestinian conflict has taken its toll on the church. There have been generations of intolerance and spates of violence by Islamic militants against Arab Christians in the wider Middle East, including the horrific bombing attack on Coptic Christians in Egypt this week during the Christian celebration of Palm Sunday. This is the day the Bible says Jesus arrived in Jerusalem before he was crucified on the cross and, as Christians believe, rose from the dead on Easter Sunday.

Despite the history of violence from many sides that Palestinian Christians of the Holy Land face, Bethlehem has been peaceful for more than a decade.

Still, many Western tourists who come on pilgrimage to the Holy Land still carry visions of the violence in Bethlehem and throughout the West Bank that came with the Palestinian intifada, or uprising, against Israeli occupation in 1999, which broke out in open clashes and gun battles on the streets between Israeli and Palestinian forces. The reputation for violence in this part of the world has often made Western Christians fearful about visiting the birthplace of Jesus in Bethlehem. Israeli tour guides have also fueled some of that fear, according to local Palestinian shop holders and tourism officials, in a competition for tourism dollars.

The Western Christians who do come to Bethlehem tend to spend very little time and very little money in the local community. Added to that are leftover, arcane policies from bygone eras of imperialism, which have prevented significant renovations to the church for over 500 years. A few years ago, the Palestinian Authority was able to negotiate emergency renovations to prevent the church’s roof from falling in, and to make some other badly needed repairs. But the church, and the community surrounding it, are still largely neglected by the rest of the world and in visible disrepair.

“I would like to send a message from Bethlehem to come to see the people who live here, who protected the Church of the Nativity where Jesus was born and where the light came out,” said Father Issa Thaljieh, an Orthodox priest who grew up just steps away from the church on Milk Grotto Street in Bethlehem, a town of stone and stucco homes built along a steep hillside that overlooks distant pastures where sheep still graze along the chalky hillsides of the West Bank in a daily scene that could easily be straight out of the Bible. And a vista now ringed by the signature symmetry of white walls and red-tile roofs and coils of barded wire and gun turrets of the modern Israeli settlements that surround the Palestinian community.

Thaljieh, 34, a Palestinian Christian, said he has a deeply personal connection with the church. Tall, with a neatly groomed black beard and an easy smile, the young priest was both baptized and married there. After a stint as a salesman and an actor,  he decided the Church of the Nativity was where he wanted to become a priest. Fittingly, his first name, Issa, means Jesus in Arabic.

“That’s why I feel connected to this place, and I can’t move,” he said. “I’ve traveled many places, but Bethlehem has a special meaning for me.”

That yearning to stay connected to the land where the faith began runs deep here particularly for Palestinian Christians. They are part of a 2,000-year-old indigenous culture, the living presence of the Christian church in the Holy Land, and yet it is common for tourists and outsider observers to have never even heard of, or even pondered the historical fact of their existence.

In the last 50 years, Christians have steadily dropped from making up 80 percent of Bethlehem’s population to representing just under 12 percent today. More widely, Christians in what was known as Palestine prior to the creation of Israeli in 1948 made up 18 percent of the population when Israel was established by a vote of the United Nations. Now, Christians make up less than 2 percent of the Palestinian population in the West Bank, Gaza and Israel.

Thaljieh and others are quick to point out that the reasons for this steady erosion of the Christian presence is complicated, but there is a consensus that it is attributed largely to crippling economic conditions and high unemployment, as well as mounting restrictions that come from living in an occupied territory and that make life difficult for all who live here, Muslims and Christians alike.

“The worst thing in Palestine is the stress,” said Fadi Ghattas, who works for the Bethlehem municipality and lives down the street from Thaljieh. “Sometimes, I go to Europe and I think that people are very quiet on the inside. But our lives are full of stress.”

Bethlehem is one of the most difficult places to live in Palestine. It has the highest poverty rate in the West Bank and an unemployment rate of 27 percent, according to municipality figures (to compare, during the worst months of the last recession in the U.S., the unemployment rate peaked at 10 percent). This is despite the fact that the Palestinian Ministry of Tourism estimates that two million tourists visited Bethlehem in 2016.

But according to researchers, few of these tourists stay overnight in Bethlehem or contribute much, if anything at all, to the local economy. Much of this is due to security concerns. The U.S. State Department has messages on its website warning tourists of the “complex security situation” in the West Bank and telling them of the potential of death, injury and kidnapping. The website does not mention that no significant violence has broken out in the West Bank since the end of the Second Intifada around 2005, and that the crime rate there is much lower than many U.S. cities.

Despite the fact that there has been virtually no crime or violence for many years, Bethlehem still struggles with its image as a site of terrorism. Since the economy has traditionally been based around tourism, this has had a devastating effect. Christian Palestinians are looking to the global Christian community for support, but say they’re not getting much of an answer.

The Caliph and the Church

“Unfortunately, it is as if we were lately rediscovered,” Kassis said. “And many would see us only within the context of Islamic relations which is, in general, an insult for us.” He is calling attention to the tendency to use Palestinian Christians as a political playing card against Palestinian Muslims.

Consider, for example, Faith Goldy, who works for the right-wing Canadian news site, Rebel Media. She streamed a video in March to the site’s over 600,000 followers in which she expressed shock that she could hear the Muslim call to prayer in Bethlehem.

American Churches have to … reflect on why they neglected Palestinians and Palestinian Christians.

Co-Author of the 'Kairos Document'

“Bethlehem’s Christian population has been ethnically cleansed,” the video proclaims over footage of Muslims praying in Nativity Square. “Right across the square from the Church of the Nativity is a towering mosque.”

Goldy’s views are extreme, and they tap into an alliance between many conservative Christians and Israel who see themselves as aligned in a clash of civilizations against Islam. And Goldy’s popularity seems to trade on a common assumption, that Christianity and Islam are somehow inherently opposed to one another. Clearly there is a history of conflict between the two faiths dating from the violence of the Crusades to the modern barbarity of the so-called Islamic State in Iraq and Syria (ISIS), which has brutalized religious minorities including Christians, but there is also a long history of communion and respect.

Extremist views and much of the news coverage surrounding attacks like the two that unfolded in Egypt this week ignore that history. And they ignore the living proof of Palestinian Christians and Muslims who live together and suffer the same indignities of occupation together. They also ignore residents like A’abla who lives in the Church of the Nativity and has the key to its back door, carrying on a tradition of protection by Muslims for their Christian neighbors.

During the Ottoman rule, the church was divided into sections for the Catholics, Armenians and Greek Orthodox. In this church, as in others in the Holy Land, Muslim families were asked to keep the peace between these different Christian sects.

But there is consensus among the people who live in Bethlehem about what they think the solution is. They want people to visit, but not just to come and take pictures of the church and leave, but to meet the people who live around it and hear their stories.

Again and again, people referred to a passage from the Gospel of Peter, which refers to Christians as “living stones,” being built into a spiritual house. They said the world has been too focused on the history and archaeology of the Holy Land instead of the people who are living there.

“This is the struggle between the living stones and the dead stones,” said Kassis. 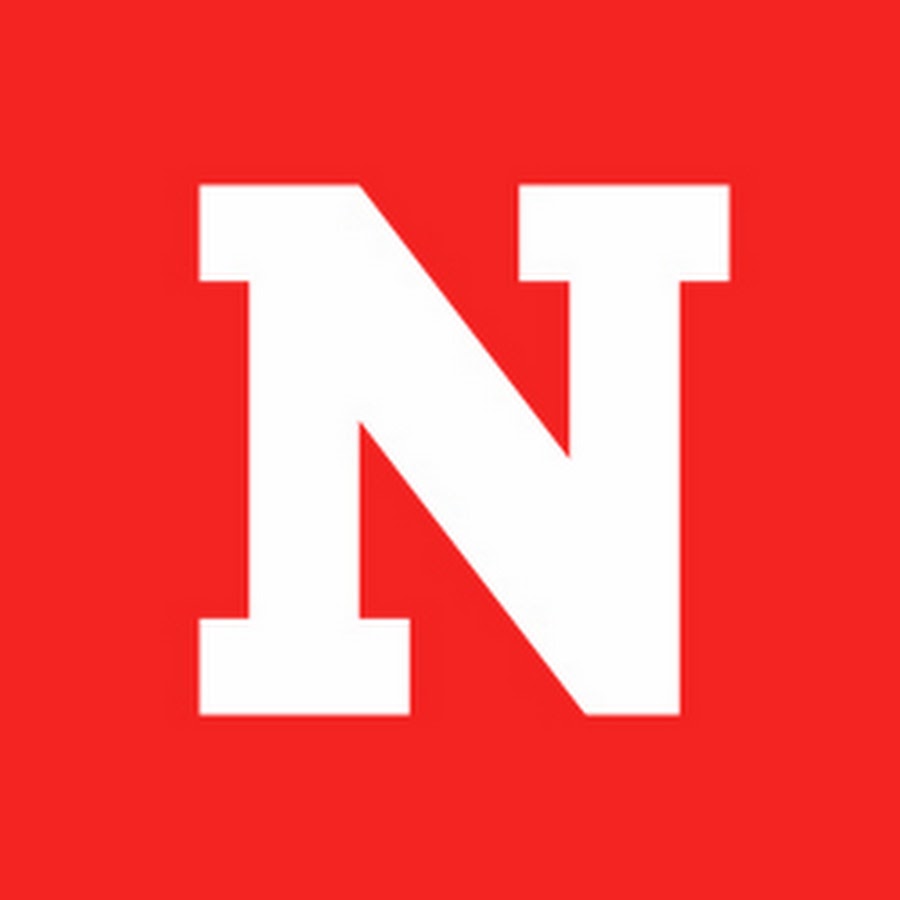 A version of this story also appeared on Newsweek on November 16, 2017