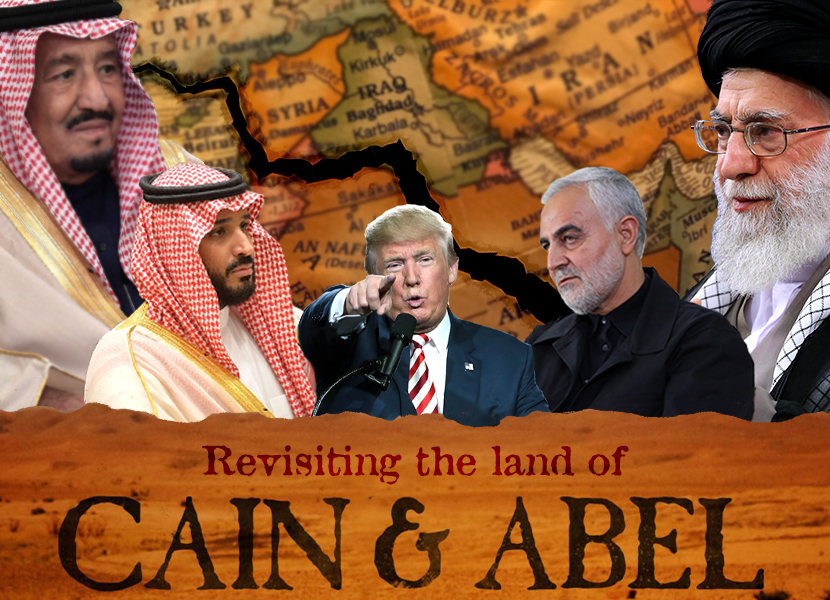 Biblical tradition holds that northern Iraq is the land of Cain and Abel.

And it is right there in that rugged patch of land “East of Eden,” as the Bible describes it, where Iranian ballistic missiles this week struck an Iraqi military base that housed U.S. troops. The missiles were in direct response to the targeted killing of an Iranian military commander by a U.S. “Reaper” drone, as his military entourage exited the Baghdad airport.

Iranian and Iraqi officials claim that Iranian General Qassem Soleimani was on a diplomatic mission in Iraq and that the “assassination,” as Iran refers to the killing, was an act of war. In contrast, Washington claims Soleimani was there with his Iranian-backed militias planning an “imminent” attack, and that the drone strike was an act of self-defense. And so the world held its breath as the U.S. and Iran reached the brink of war. While both sides seem to have carefully backed away from an escalation of conflict, there is no question the U.S. has once again injected itself in the ancient Sunni-Shia divide that mirrors the biblical parable of fratricide.

In that parable from Genesis, Cain killed Abel and then lied to God about his treachery, and so was banished to the desert. As the biblical account holds, the drama unfolded in the land where the Tigris and Euphrates rivers run into the Persian Gulf. This land, now known as Iraq, finds itself at the heart of another age-old and ongoing fratricide, Islam’s Sunni-Shia divide which is not only religious, but a geo-political fault line shaping the modern Middle East.

Like neighboring Iran, Iraq’s population is majority Shia. However, it was only after the U.S.-led invasion in 2003 and the subsequent fall of Saddam Hussein that Iraq’s government began to represent its Shia majority. 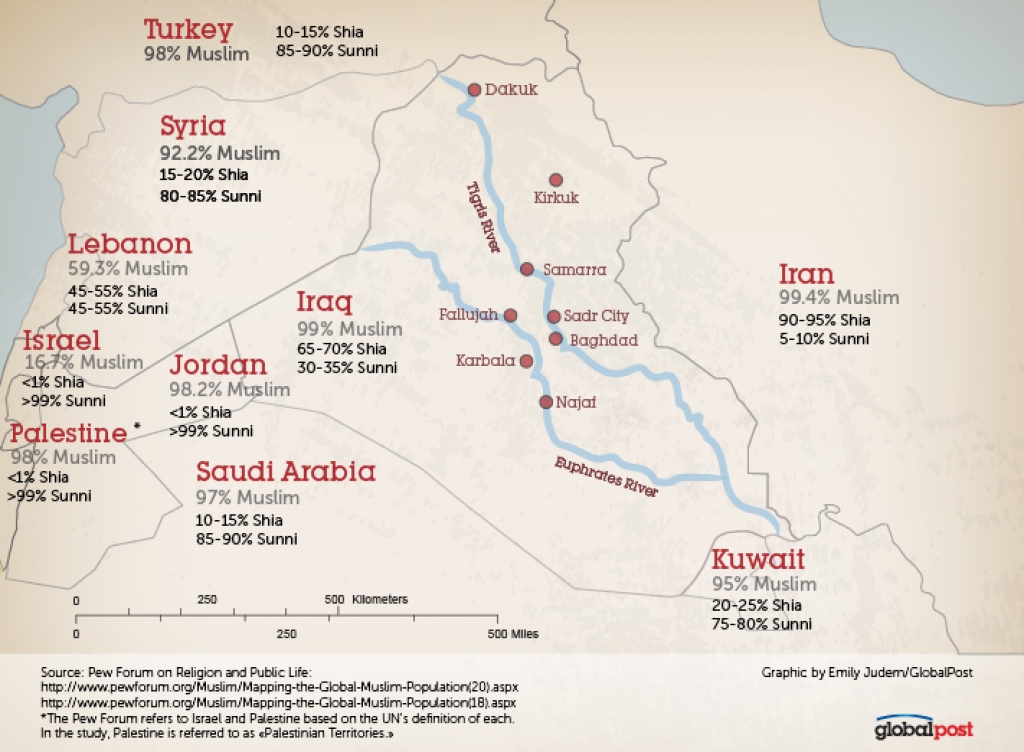 There is no sense that the White House has analyzed this complexity, nor that it has assessed what their shredding of the 2015 Iran nuclear deal, their imposition of harsh sanctions and now their surprise attack on Iran’s top general will do to further Iran’s ambitions for a Shia regional hegemony by consolidating power and strengthening their hand against their enemies, the Sunni-majority powers of Saudi Arabia and Turkey.

As Soleimani’s body lay in state this week in his hometown in Iran, the nation mourned a man who was the head of Iran’s military strategy to impose a Shia vision in the region through proxy militias in Lebanon, Syria, Yemen and Iraq. Iran’s imposition of Shia power in the region was under some strain in recent months, as protests at the end of last year in Iraq against Iranian influence, and in Iran against the conservatives of the theocratic regime, threatened to dominate the narrative.

The decision to kill Soleimani by President Trump came not only amid that rising pressure against the Iranian regime, but also against the judgment of many of his top advisors and the assessments of at least two previous presidents. The hesitancy to target Soleimani has been based on a view of many regional experts that his “martyrdom” would only fuel his fighters.

In what seems to have been an impetuous decision to carry out the attack amid the process of a presidential impeachment, Trump seems to be betraying his own promise to stop U.S. involvement in the endless wars of the Middle East, instead placing the U.S. squarely at the center of ancient enmity in a region still simmering with the potential for conflict.

The war of words over how to refer to the killing of Soleimani actually matters. To call it an “assassination” is to imply the killing was illegal under international law. To call it a “targeted killing” is to accept the argument that Soleimani was planning imminent attacks, a case which the White House has failed to present to Congress and the public.

And now Iraq has voted to dispel U.S. forces from the country, a potential blow to American counter-terrorism efforts. If that happens, Middle East analysts believe it would be a huge victory for Iranian influence in the country and throughout the region.

America’s history in the ancient land of Cain and Abel goes back hardly two centuries. And, as revealed by the Afghanistan Papers, the U.S. government’s capacity to understand the fundamental issues and historical context and complexities of the Middle East has long been limited, even as it wields the world’s most powerful military. Under President Trump, with a style that dismisses facts and strategy in favor of impulse and bravado, it feels more shortsighted than ever before.

As I shared on Boston Public Radio this week, we’re looking at a situation where President Trump’s impulsive instincts have created a truly perilous situation for a wider regional conflagration.

To understand what lies ahead in the region it will be essential to understand the Sunni-Shia divide and how it is shaping the modern Middle East, and how it seems that Iran’s influence is on the ascendancy, continuing to use the Shia branch of Islam to consolidate its control of those countries with significant Shiite populations.

In 2013, on the tenth anniversary of the war in Iraq, GroundTruth set out to cover the complexities of the Shia-Sunni divide and America’s attempts to insert itself into this region’s rift of faith. We want to invite you to revisit our series, In The Land of Cain and Abel, as the three-year reporting project maintains its relevance in this moment.

In the series, we interviewed Reza Aslan, a professor of religious studies at Drew University and a senior adjunct fellow at the Council on Foreign Relations. He is the author of No God but God: The Origins, Evolution and Future of Islam, an international bestseller. Aslan spoke about lessons learned by the U.S. amid the longest war in its history stretched across Iraq and Afghanistan:

“When talking about this sectarian division in the Middle East, we need to divide it between religion and politics. Politically speaking, there is a deep sectarian divide in the region, but it has more to do with the rise of Iran as a major regional power, with the Shia government in Iraq, and certainly with the Shia-dominated regime in Syria.

“In that case, the principal divide, for instance, between the so-called Sunni axis, which is sometimes referred to as Turkey and Jordan and Saudi, and the Shia axis, which is often referred to as Iran, Iraq and Syria, is not about religion. This is not sectarian insofar as an argument over who should have succeeded the prophet Muhammad 14 centuries ago. This is about regional ambition. This is about national security issues. It’s about competing interests in a destabilizing region.

“So we have to be careful about making too much of a theological argument about what is, in fact, simply a geopolitical conflict in the region.”

Aslan’s insights hold, and indeed the experts and on-the-ground reporting from our team in the region produced a body of work that can inform and enlighten this perilous moment in which we find ourselves.

Explore the special report In the Land of Cain and Abel