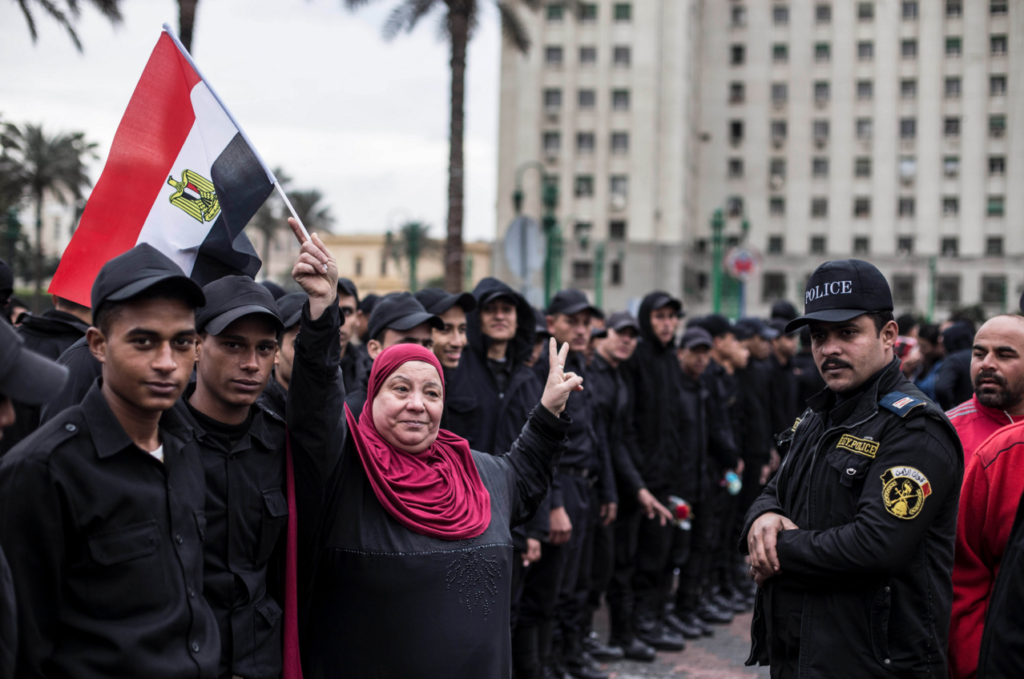 CAIRO — We met four years ago. We were young, ambitious and foolish. Well, foolish enough to do things we wouldn’t do now, like hopping on a train in the middle of the night in the middle of nowhere Egypt. But we were wise enough to know we had to do stuff like that to really understand a place, a time and an era.

GroundTruth’s “Covering a Revolution” Fellowship in partnership with the Open Hands Initiative, brought us together in 2011 to report on an increasingly complicated post-Arab Spring reality. Only a few months after Egypt’s popular uprising (to call it a revolution is now, sadly, problematic) that ousted President Hosni Mubarak, 11 emerging American journalists and nine emerging Egyptian journalists were paired to deliver a series of multimedia reports on all facets of “the new Egypt.” We knew we needed to dive in with everything we had to fully understand a place — a moment — that sometimes felt like a big, scary yet somehow comforting grizzly bear. A place to love, fear, embrace and hate at the same time.

Back then we thought it was indeed new. Millions of people took to chant, laugh, cry and scream for freedom and dignity. Those chants, laughs, cries and screams brought down a brutal dictator. The country seemed to pulsate with possibility. Anything is possible. The course of history has changed. Finally, people said, the arc of history bends toward justice! 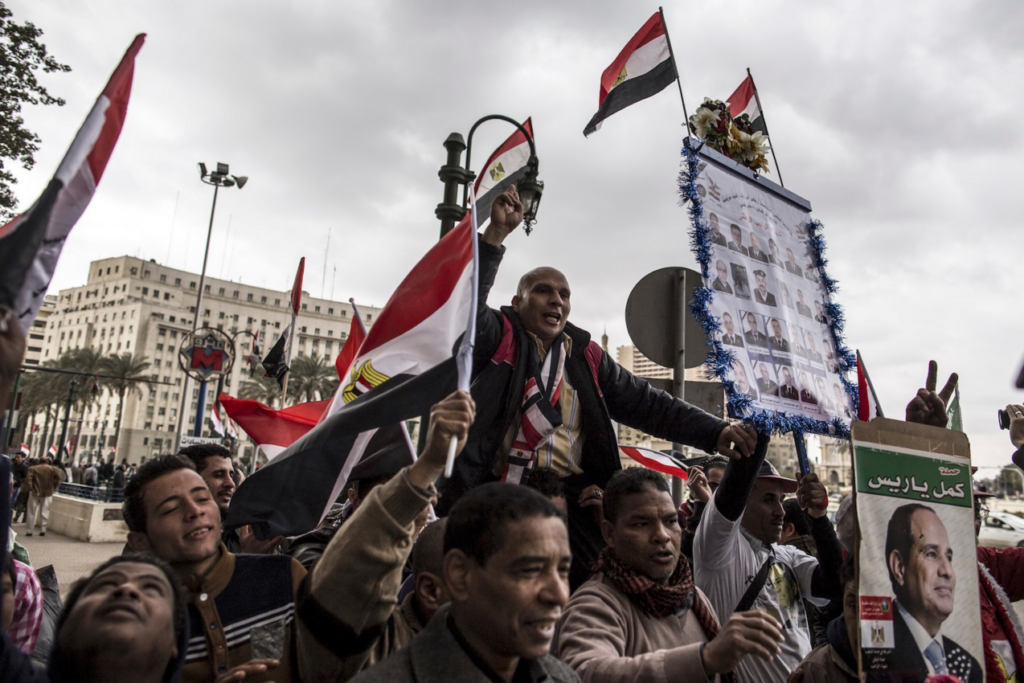 About a year after the revolutionary high wore off, our apertures starting changing. Our lenses started to unfog. We began realizing things might not turn out as unicorn-and-sunflower-filled as we had thought.

For one, the Muslim Brotherhood was starting to flex its muscles. A group whose decades-old history was mostly spent underground and behind bars now had access to the throne. They had people power. They had zeal. They had a purpose higher than themselves. The mix was fascinating to many outsiders (Lauren) and horrifying for many Egyptians (Omnia). Then we started realizing that the “bad guys” we thought had been chased away were now back. Then we started realizing they didn’t actually go anywhere in the first place.

Mubarak’s old network of business cronies and corrupt village leaders were gearing up to battle the Muslim Brotherhood in the country’s first free and fair presidential elections. As we reported, the polarizing run-off stranded many Egyptians somewhere between two equally unappealing extremes—renewed authoritarianism or repressive theocracy—extremes that each side painted in the worst possible light. Not much has changed since those words were published four years ago.

‘We began realizing things might not turn out as unicorn-and-sunflower-filled as we had thought.’

One prominent businessman started feeling comfortable complicating and criticizing the Western media’s narrative of the revolution. Everyone needs a good origin story. So in the face of a leaderless revolution, we threw star power on the smartphone carrying youth. Those who wore cool jeans and spoke well enough English to appear on CNN and the Daily Show. It used to be uncool to speak negatively about them. At one point, it was near blasphemy. But somewhere between photo shoots, the tide started changing. And icons from the old regime began slowly speaking up again.

Another broke it down less diplomatically:

“Here’s the harsh truth about this so-called revolution,” he said, taking a deep breath and then going on. “So what, a few hundred thousand packed Tahrir Square? We’re a country of 80 million. More people have packed into soccer stadiums in Egypt than Tahrir Square. Don’t get me wrong, I was never for Mubarak, but the media got this story all wrong, never seeing that Tahrir wasn’t Egypt. Egypt isn’t ready for a true revolution, that’ll come decades from now.” 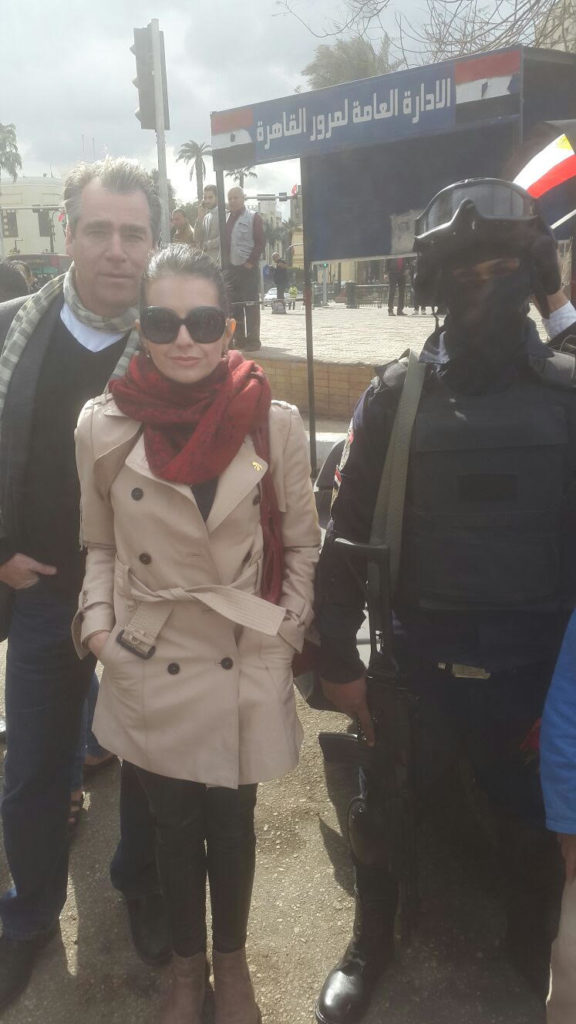 We’re not quite there, but we are five years on. So for the fifth anniversary of January 25th – the first day of protests that signaled a sea change – we stood in the square with GroundTruth founder Charlie Sennott. We used to take him there to help him get a pulse of the revolution’s demands. But on the morning of Jan. 25 we found a balaclava-clad police-line and chants and logic reminiscent of VICE’s documentary from North Korea.

That night, we gathered for baba ghanoush (eggplant dip) and molokheyya (a green, soupy sauce from an Okra plant) with the reporting fellows who still remain in the country. Not many of them are left. Sara Elkamel moved to New York to dazzle the Huffington Post with her beautiful talent, including her poetry. Others like the hilarious Mohammed Abdelfattah got married and moved to Arizona to start a video series “America and Me” that already caught the attention of the New York Times.

“I don’t really know what to say,” Abdelfattah responded, when asked how he sees his country now. “I might be just recovering from a deep and steep cynicism about what’s going on in Egypt…the current political order has shut down all avenues of expression and protest. Just like Mubarak, they are making a revolution the only viable option.”

Another, Mohannad Sabry, wrote a brilliant book on the Egyptian military’s endeavors in the volatile Sinai region. He had to flee the country and doesn’t know when he can return. Ahmed Atteya is an editor of a major Egyptian newspaper; he’s one of the most brilliant journalists we know. But he hasn’t received a paycheck in months. Deena Adel received her master’s degree from Columbia University, then joined the BBC. She just moved back to Egypt. Mai Shams El-Din is a co-founder of Mada Masr, one of the few outspoken media platforms in Egypt.

‘Just like Mubarak, they are making a revolution the only viable option.’

“It is not just difficult to be a journalist because of jail, the risks we continuously take or the criticism we express, but it is also difficult to practice your own basic right of accessing information. I should accept the fact that officials decline to give me their comments or information,” El Din said. “Everyday, I’m getting used to fears, worries, ignorance and a daily tiring job of being an Egyptian journalist.”

All of us wish things ended differently.

All of us still hope for a different ending.

Five years later, we checked for the pulse of a revolution. But we couldn’t hear one.

Omnia Dessouki is a GroundTruth Project reporting fellow. She grew up in the UAE and Egypt. She started working with GroundTruth in Fall 2011 for Open Hand Initiative’s Covering the Revolution fellowship. Since then she received her master’s degree in media studies at Syracuse University as a Open Society Foundation fellow. Later she reported in Lebanon and the UAE. Lauren Bohn is the GroundTruth Project’s inaugural Middle East correspondent. She began working with GroundTruth in Fall 2011 and later in 2014 as a #GenTBD reporting fellow in Nigeria. She’s now a deputy editor on a new GroundTruth series focused on youth economic challenges and solutions.