Reporting in Myanmar, a test of new limits 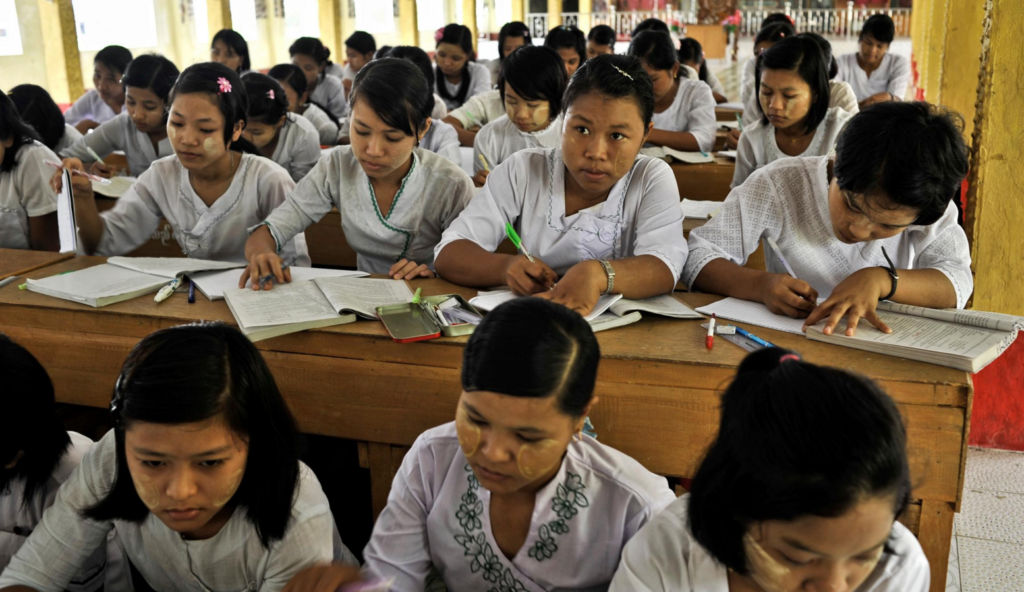 GlobalPost’s Hanna Ingber returned to Myanmar, where she lived for a year under the harsh rule of the military junta, bringing us the stories of women the world has not seen nor celebrated, but who have worked quietly and persistently toward change. Her Special Report is titled “Beyond Aung San Suu Kyi: Women in the New Myanmar.”

YANGON, Myanmar — We are sitting on the floor, our legs crossed, talking intensely about the young Kachin woman’s work as a human rights activist. Ah Hkawn, 30, has hiked for days into the mountains to talk to villagers who faced physical or sexual abuse by the Myanmar army. She has visited relief camps to bring aid and supplies to those displaced by fighting.

I ask Ah Hkawn if I can take a photo of her to accompany my articles. She looks at me and with an expression of deep reflection says: “I don’t know.” She pauses and asks, “You think it’s OK?”

I traveled to Yangon in May and throughout my trip activists, aid workers and clinicians again and again told me they didn’t know if they could have their names or photographs used because they were no longer sure where the line was.

In the past, when a military dictatorship ran Myanmar (also called Burma) for close to five decades, the rules were clear. If someone said anything critical of the regime or any aspect of the country, he or she could face trouble with the authorities.

“If this was in the past regime,” says a health worker after an interview about the state of Myanmar’s health care system, “oh, my God, I couldn’t say anything!”

But now? Now that Myanmar is suddenly (and finally) in a time of transition and reform, the old rules no longer apply. And the new rules are still unclear.

After numerous interviews on everything from political reform to gender equality to HIV/AIDS treatment, sources paused and had an internal debate about whether they wanted their name and the name of their organization in my articles. When I was interviewing multiple people at once, they would turn towards each other and discuss it. When it was just the two of us, they would ask my opinion. None of us knew the answer.

I too faced uncertainty. When I lived in Myanmar from 2003 to 2004, I knew exactly what I could and could not do. Basically, if I wanted to remain in the country on a work visa for the Myanmar Times, I couldn’t do or cover anything remotely political. I couldn’t meet anti-government activists, travel to parts of the country prohibited to foreigners or write about the allegations of human rights violations against the junta.

Eight years later, I was no longer so sure. At first, I took as many precautions as I could think of. I deleted all files on my computer having any information related to Myanmar. I bought a backpack, suntan lotion and floral-covered journals so I would look like a tourist. I created a fake email account to contact people. And as I ran through the Singapore Airport to catch my last leg to Yangon, I paused before boarding the plane to throw out every human rights report, news article and press release in my bag.

Living under a nosy, repressive government will do this to you. When I last called Myanmar my home, foreign journalists would not dare talk to sources in public places like cafes. Even in offices, colleagues spoke of their resentment against the junta in hushed tones.

This time, I arrived in Yangon, glided through the airport security without a single officer looking at me twice, and realized I probably had overdone it.

But the unknown can be unsettling, and I remained careful. I wanted to get through the trip without alerting anyone to the fact that I was there as a journalist. In the beginning, I called activists from street phones rather than my cell phone, lest the authorities trace the call. I took photographs of churches and monasteries, not just AIDS patients and street children.

“Oh, that’s so nice that your friends are still there, and they still remember you,” she said.

As the trip progressed, I realized that while activists working for a better Myanmar might no longer know where the line is to keep them out of trouble, many feel a burning desire to both test the limits of the country’s newfound freedoms and use the political space suddenly available to them.

Htar Htar, who started a whistle-blowing campaign against sexual harassment on buses, told me she launched the campaign because she and her friends wanted to test the new Myanmar.

Zin Mar Aung, a former political prisoner who continues to work as a democracy activist, told me she only “cautiously” accepts the new changes, aware that the authorities could reverse course at any moment. But she said she makes it a point to talk openly because activists must test and use their new liberties.

These activists seem to view the new political space in Myanmar like a muscle: it must be worked until it strengthens and grows.

And Ah Hkawn, the young Kachin activist, eventually decided that I could not only use her name and photograph, but also describe her work documenting human rights abuses by the Myanmar army.

“Maybe we should do some risky things,” she said.