Report for the World expands to Brazil, grows in Nigeria and India 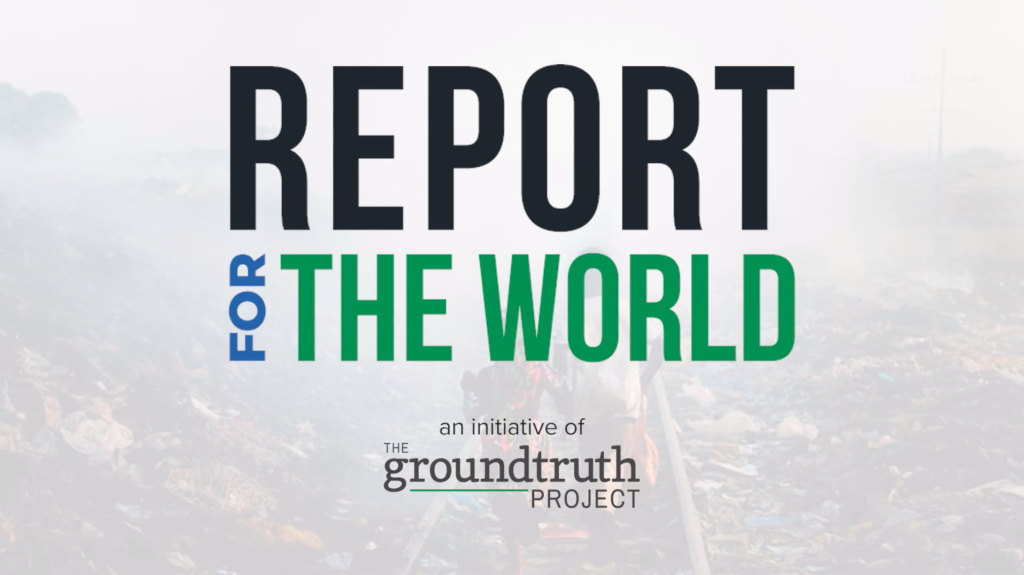 BOSTON — Report for the World announced today that it has more than doubled the size of its program, less than a year since launching in February, thanks to support from the John D. and Catherine T. MacArthur Foundation.

By launching in Brazil and partnering with two more newsrooms in India and Nigeria, the program, which is an initiative of nonprofit organization The GroundTruth Project, will support nine more local journalists, or ‘corps members,’ to serve their communities, bringing the total to 15 globally.

Report for the World is an international service program that matches local newsrooms with talented journalists to report on under-covered issues around the globe.

“I am so excited to see Report for the World expand to Brazil,” said Simone Cunha, institutional director at Énois and Report for the World advisory board member, who has played a key role in this expansion. “Newsrooms all over the world need support to report on under-covered issues and strengthen representative journalism: first with the communities we serve and with the reporting teams themselves.”

The dramatic economic fallout from the COVID-19 pandemic has severely impacted news organizations that were already under great stress. The program announcement coincides with the 48th session of the Human Rights Council where the High Commissioner will report on the impact and repercussions of measures taken by governments in response to the COVID-19 pandemic on the safety and work of journalists and media workers.

“Where local news fails, democracy fails and the truth begins to fade,” said Charles Sennott, GroundTruth CEO, founder, and editor-in-chief, at the International Press Institute World Congress in Vienna last month. He adds, “And we’re responding to a global need. We need more journalists on the ground—years ago, yesterday, and today—to report on undercovered issues, deliver vital information to their communities, and hold the powerful accountable.”

Report for the World pays for half the full-time salary of a corps member for the first year, while coaching and supporting local partner newsrooms to raise the other half of the salary through philanthropy, earned revenue and crowdfunding.

The program has already been supporting six journalists with Scroll.in in India and TheCable in Nigeria since May. For this second cohort of corps members who will serve from November 2021 to October 2022, Report for the World is partnering with:

The nine beats will cover everything from health and environment to diaspora communities and violence against indigenous populations. And, for the first time ever, the program will be supporting two multimedia journalists.

“​​We are very excited about this partnership,” said Stefano Wrobleski, director of technology at InfoAmazonia. “The support provided by Report for the World will be crucial for our news organization to cover socio-environmental issues more effectively. There couldn’t be a more critical moment for that, with the approach of the general elections in Brazil and the ongoing climate emergency.”

Report for the World corps members will become full-time employees of the host newsrooms for at least one year, renewable for a second and third year. Corps members, who are selected through a highly competitive process, receive world-class training and mentorship, and join an international network of journalists committed to transformative, on-the-ground reporting.

In May, the inaugural cohort of Report for the World corps members hit the ground running, reporting stories that would have otherwise gone untold. They’ve done everything from debunking COVID-19 vaccine myths and exposing fraud in the marriage registry in Nigeria to profiling pioneering scientists and highlighting discrepancies in student scholarship distribution in India.

In reflecting on working with Report for the World so far, Oluwamayowa Tijani, TheCable’s business and development editor, said, “This partnership has been particularly important in that it allows us the opportunity to assign dedicated reporters to cover beats in need of particular attention at this time in Nigeria’s history.”

To learn more about Report for the World and its efforts to strengthen communities around the world through local journalism that informs, engages and enables, visit www.reportfortheworld.org.

Report for the World is an international journalism program that matches local newsrooms with talented journalists to report on under-covered issues around the globe. An initiative of The GroundTruth Project, Report for the World launched in February 2021 in India and Nigeria and placed its first-ever cohort of corps members in May 2021. Its sister program Report for America supports 300 corps members in more than 200 news organizations across the United States.