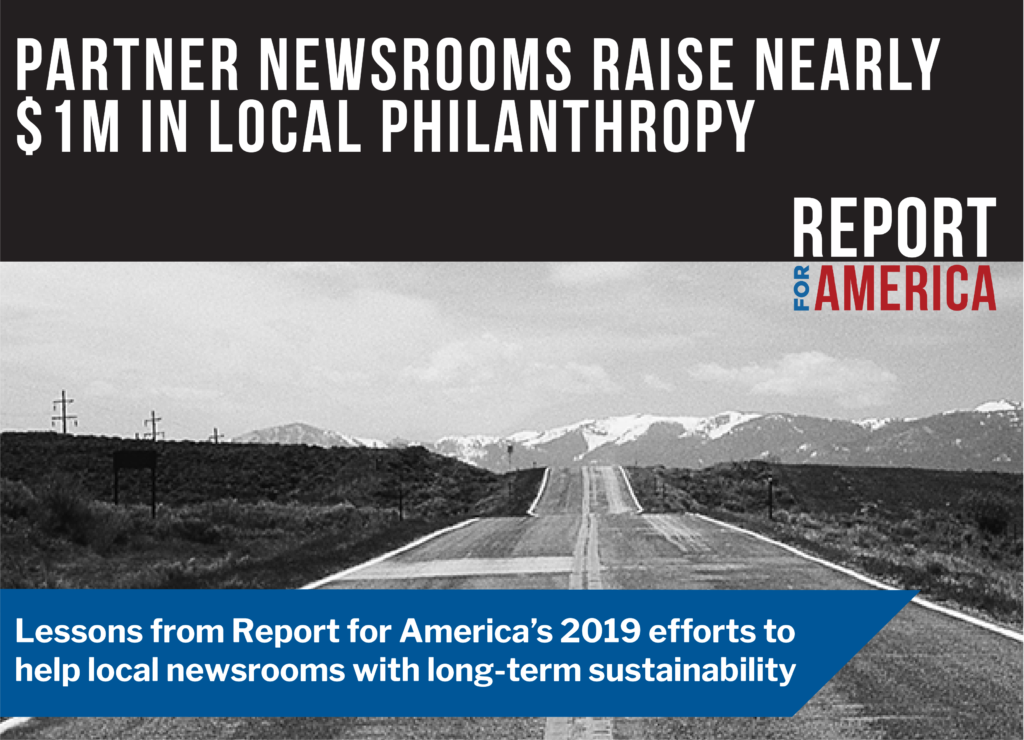 NEW YORK — Today, Report for America announced its 2019 partner newsrooms quadrupled the program’s goals for local fundraising in 2019, raising more than $800,000 from more than 1,150 local donors, and nearly $1 million when including partners running public radio campaigns.

Report for America, an initiative of The GroundTruth Project, leverages a three-to-one regional funding match model, paying half of a corps member’s salary, while encouraging and supporting the local news partner to contribute one quarter and local and regional donors to contribute the final quarter.

In 2019, the program challenged its 52 partner newsrooms to raise an average of $10,000 each. From email appeals to partnering with local community foundations, Report for America newsrooms leveraged creative approaches to nearly double that target, with 75% of newsrooms raising some community funds, 63% meeting or exceeding their total goal. It is estimated that over half of the funding secured is from donors who are new to journalism giving.

“This approach promotes new models for shared investment in local journalism, increasing the chances of sustaining watchdog community reporting, for the community, by the community,” said Steven Waldman, president of Report for America. “So it’s gratifying to see that there is indeed more interest than ever before from local donors to support community journalism. We’re hyper-focused on getting new journalism donors off the sidelines to ensure our local newsrooms can sustain the reporting resources that they gain through the program over time, even when our salary subsidy is no longer there.”

One Report for America partner, the Detroit Free Press, secured their local share by focusing  fundraising around a creative beat. Corps member Angie Jackson covers formerly incarcerated citizens and their families, a strategic focus of the Detroit-based Hudson Webber Foundation. Through a fiscal sponsorship with The GroundTruth Project, home to Report for America, the foundation granted $25,000 to support Angie’s reporting at the Free Press.

“GroundTruth, as our fiscal sponsor, has provided indispensable help in securing support for our Report for America corps member,” said Jewel Gopwani, Senior Editor at the Detroit Free Press. “The strong and growing Report for America development team is helping us with strategic outreach. We look forward to seeing what we can do in 2020 with their guidance.”

A new 2020 Report for America newsroom is one of several having success raising small gifts from engaged readers, either online or by mail. The Ouray County Plaindealer in Colorado sent out a letter at the end of 2019 appealing to community members to support their new Report for America corps member who will be covering affordable housing. In just a month, over 100 Ouray readers gave over $4,000 total in support of local reporting.

“Report for America has given us leverage we wouldn’t have otherwise. As a for-profit newspaper, we don’t have the same appeal as a nonprofit organization, and this affiliation has allowed us to harness more support than if we had just crowdfunded for a reporter on our own,” said Erin McIntyre, co-publisher at the Ouray County Plaindealer. “Our community sees the meaningful, powerful work Report for America journalists have done across the U.S. and cannot wait to see the impact we have here in Ouray County with donors’ support.”

The growing philanthropic support for local news has been championed by the Knight Foundation, a national supporter of Report for America, which has advocated for more local foundations to support journalism as a means to further their impact on other community issues. This week, foundations from across the country gather in Miami, Florida for the annual Knight Media Forum to learn and share around philanthropy in the fast-growing nonprofit news sector. 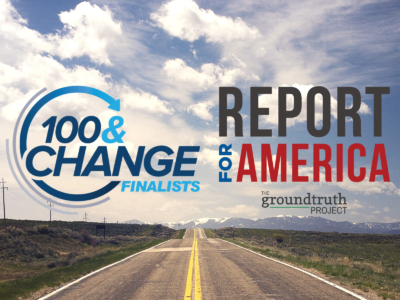 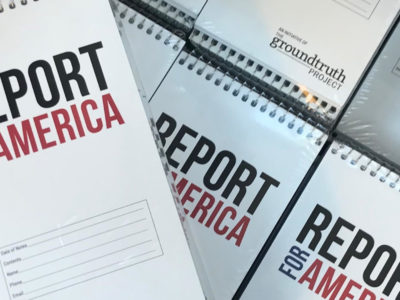