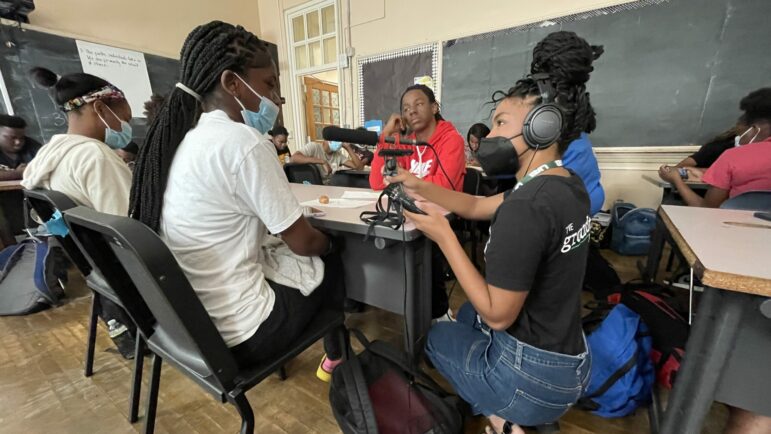 Report for America corps member Kyra Miles is an education reporter for WBHM, the listener-supported station of the University of Alabama in Birmingham.

See the full list of new newsrooms and beats here.

Report for America has announced the selection of nearly 30 new host newsroom partners, while opening applications for dozens of new reporting and photojournalism corps positions—to include a wide variety of beats—across the United States and Puerto Rico.

“Far too many Americans desperately need reliable, fact-based information to make decisions about their daily lives, and a growing number of local newsrooms are turning to us for support,” said Kim Kleman, senior vice president of Report for America. “We were blown away by the breadth of applications we received, and only wish we had the ability to bring on even more newsrooms this year.”

Newsrooms were asked to define the most compelling gaps in their coverage. Based on feedback from the field, this includes:

Among those selected were recently-launched nonprofits like the Baltimore Banner, which is bringing back desperately needed coverage following cuts by hedge fund ownership at the city’s legacy newspaper; the Uvalde Leader-News, serving a Texas community still reeling from a devastating school shooting; and Metro Puerto Rico, which looks to deepen its health reporting as the island faces an aging population and struggles to recover from recent hurricanes. Several newsrooms will hire corps members to cover local sports (stories that go beyond the scoreboard); others will be fielding corps members to cover faith and religion.

With these additions, Report for America corps members will be working next year in nearly 220 newsrooms across the United States, Washington, D.C., Puerto Rico, and Guam. The full list of new newsrooms and beats can be found here.

Now that the newsroom selections have been made, Report for America is seeking talented, service-minded reporters and photographers to join its reporting corps—a two-year program (with an option for three years) that delivers a wide range of benefits to its corps members.