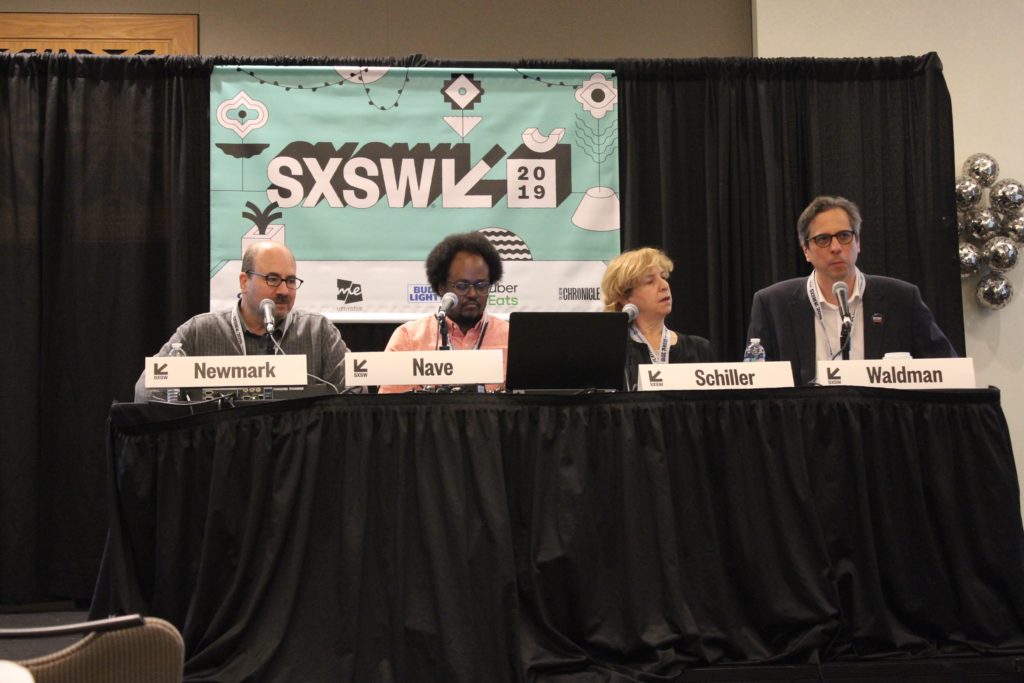 AUSTIN, TX — Report for America and Craig Newmark Philanthropies announced a new partnership at SXSW to train journalists to cover the interests and issues of under-reported communities, and to help place them in newsrooms across the United States.

Report for America, an initiative of The GroundTruth Project, aims to put 250 emerging reporters in local journalism organizations throughout the country by 2020. At the core of this effort is the belief that newsrooms should be filled with journalists who are as diverse as the communities on which they report. This year, two-thirds of the Report for America corps members are women and one-half are people of color.

The gift from Craig Newmark Philanthropies will help to further the 2020 goal by enabling up to 10 more journalists to join the program’s corps, with a focus on ensuring that a diversity of voices are represented across the membership.

“Americans urgently need and deserve more trustworthy, local journalism to help ensure they are informed on their government, their communities, and more.” said Craig Newmark, founder of craigslist and Craig Newmark Philanthropies. “Maintaining diverse and inclusive newsrooms is critical to this work, because incorporating an array of perspectives into reporting helps to make news more accurate.”

Newmark continued, “Report for America is about doing just that at the hyper-local level to ensure that all communities have the quality coverage they need to be thoughtful voters, citizens, and neighbors.”

Today, on a panel at SXSW entitled The Battle of Local News vs. Disinformation, Newmark discussed the role that trustworthy reporting at the local level plays in shoring up American democracy, and shared his renewed and growing support for Report for America as the program scales for 2020.

“Craig’s support was instrumental in making the first year of Report for America a success, and we are incredibly fortunate to have his partnership as we work toward our ambitious 2020 goal,” said Steven Waldman, President and Co-Founder of Report for America and a fellow panelist. “We estimate that these journalists alone will produce 20,000 news pieces on topics that are currently inconsistently covered in news deserts, producing a measurable impact on the well-being of residents.”

Report for America matches emerging journalists with local newsrooms that demonstrate a coverage gap in their communities (e.g., education, criminal justice, environment, health) for one to two years of public-service reporting. These include daily newspapers, radio stations, nonprofit newsrooms, and weeklies. The initiative’s corps members are full-time employees of the news organizations with which they are matched. They receive training, mentorship, and networking opportunities. They also complete a media-related service project in the local community.

The SXSW panel also featured Vivian Schiller, CEO of Civil Foundation and Board Member of The GroundTruth Project, and R. L. Nave, the Editor-in-Chief of Mississippi Today, in a conversation on how to build trust between citizens and their local news organizations to promote civic engagement and accountability. Nave’s Mississippi Today newsroom was matched with emerging journalists Michelle Liu and Eric Shelton through Report for America in 2019. Liu has since reported on a disturbing spike in deaths in the Mississippi prison system, which has now received national attention as a criminal justice issue. Shelton is the organization’s first full-time photojournalist and has brought his keen eye to communities across the state.

Report Local, Support Local. Are you a regional, state, or local donor interested in supporting public service reporting in your community? Contact us at info@reportforamerica.org to learn more about collaborating with Report for America and our partner news organizations.