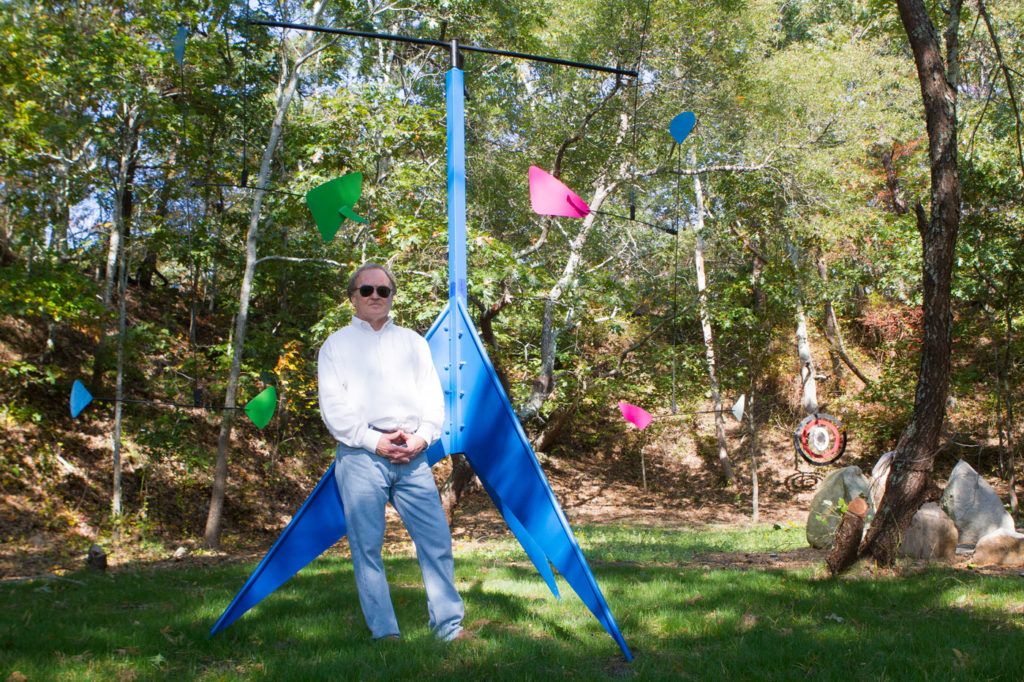 WASHINGTON — L. Thomas Galloway, a Kentucky-born lawyer with a distinguished career in public interest law as well as a loyal supporter of investigative journalism from Africa to Appalachia,  passed away this summer and a celebration of his life is to be held today at the family home here.

Over the last decade, Tom provided critical support for in-depth, investigative journalism and has been a supporter of The GroundTruth Project from our earliest days and the very first supporter of our Report for America initiative when we first launched in Appalachia in 2018.

A beloved husband and father, Tom was a man of many interests who was recently working on his own writing career. He was a long-time collector of modern art and antique clocks which adorn the family’s homes in Washington DC, Boulder, Colorado, and on Martha’s Vineyard, MA. He had an extraordinary legal mind and an indefatigable work ethic throughout his long and successful career in the international field of law, both as an advisor and litigator. In the early years of his law practice, Tom worked in the coalfields of southern West Virginia and eastern Kentucky taking on coal operators when their practices, such as mountain top removal, caused vast environmental degradation and impacted the health and well-being of local citizens.

I met Tom when he called out of the blue one day nearly ten years ago after hearing me on NPR talking about GlobalPost, an international, online news organization I co-founded in 2009. He said he liked our business model, our focus on in-depth reporting and that he wanted to support us. As we learned, Tom had already been a long-time supporter of the ABC News investigative reporting unit headed by Brian Ross and he had also been a supporter of the prestigious Polk Award.

We became fast friends and it was clear right away that Tom was gruff, honest, decisive and liked to move quickly. Almost immediately in 2010, we started shaping a model for ‘special reports’ at GlobalPost, a for-profit startup, that in 2012 became an incubator for The GroundTruth Project, which is a non-profit news organization.

Tom strongly encouraged us to pursue the non-profit model for in-depth journalism and became a key supporter in our earliest build of The GroundTruth Project, which in 2014 received official status as a non-profit organization under the Internal Revenue Code 501c3.

Eventually, Tom established the Galloway Family Foundation “primarily to encourage the advancement of journalism and human rights in the United States and around the world,” according to the GFF’s website.

And through the GFF, Tom generously and consistently supported GroundTruth to sustain our in-depth, award-winning, investigative work around the world on social justice issues. Some of the projects the GFF directly supported,  include a deep look at LGBT rights globally, the impacts of climate change in Africa, an investigation into extensive corruption and a culture of intimidation at the highest levels of the government of Kosovo, a series on the legal questions around the use of drones for targeted killing by the US military and many other impactful projects.

In more recent years, Tom turned his attention and GFF funding to Central Appalachia and supported three “Galloway Fellows,” who represented the first three corps members of our Report for America initiative at its launch in January of 2018. These reporting fellows — Molly Born, Caitlin Coyne and William Wright — would do public service through local reporting for communities in southern West Virginia for  West Virginia Public Broadcasting and the Charleston Gazette-Mail and in eastern Kentucky for the Lexington Herald-Leader.

In setting up our Report for America corps in Appalachia, I had a chance to travel through the rugged terrain of southern West Virginia and eastern Kentucky with Tom and to take a journey through the history of the place and through the early part of Tom’s life.

He had a tough upbringing amid the poverty and despair in rural Appalachia and became an extraordinarily successful native son. He was a graduate of the University of Virginia Law School and clerked on the United States Court of Appeals for the Second Circuit in New York. In 2003, he won Co-Trial Lawyer of the Year in the United States. But he never forgot his roots, and became determined to give back to the local news organizations in Central Appalachia who have long served their communities with a great tradition of accountability reporting and who have found themselves struggling mightily in recent years.

Ken Ward, Jr., a staff writer for the Pulitzer-prize winning Charleston Gazette-Mail and a MacArthur Fellow, responded to the news of Tom’s death in June just as it was just starting to echo through the hills and hollers of Appalachia:

Ward wrote, “Tom did a tremendous amount of good for the people of Appalachia, helping to enforce strip-mining laws and hold renegade coal operators accountable. For many years, Tom also supported vital journalism in our region, as a source for my mentor, the late Gazette investigative reporter Paul Nyden. As a young reporter nearly 30 years ago, I learned so much by listening to Tom and Paul talk about the coal industry. Tom has done so much to help that legacy live on, with his very early support for GroundTruth and Report for America. Tom understood the importance of strong local and regional journalism to places like Southern West Virginia and Eastern Kentucky, and he would expect all of us to continue what he and his family helped to start, and keep rebuilding Appalachian journalism.”

Tom is survived by his wife Catherine Carlson, an environmental advocate, who is a consultant to major environmental organizations and foundations, and by his daughter, Erin, who has received two Master’s Degrees, one from the Columbia University’s Graduate School of Journalism and another in public policy from Oxford University (St. Antony’s College.) Erin has worked as part of the ABC News investigative unit and served in the U.S. Senate for several years with Senator Michael Bennet (D-CO.) She is now living and working in London.

In honor of Tom, and with the support of the Galloway Family Foundation, GroundTruth is launching the Galloway Fellowship for Reporting in Appalachia, which will fund an in-depth accountability reporting project in Appalachia. You can read more about it here.