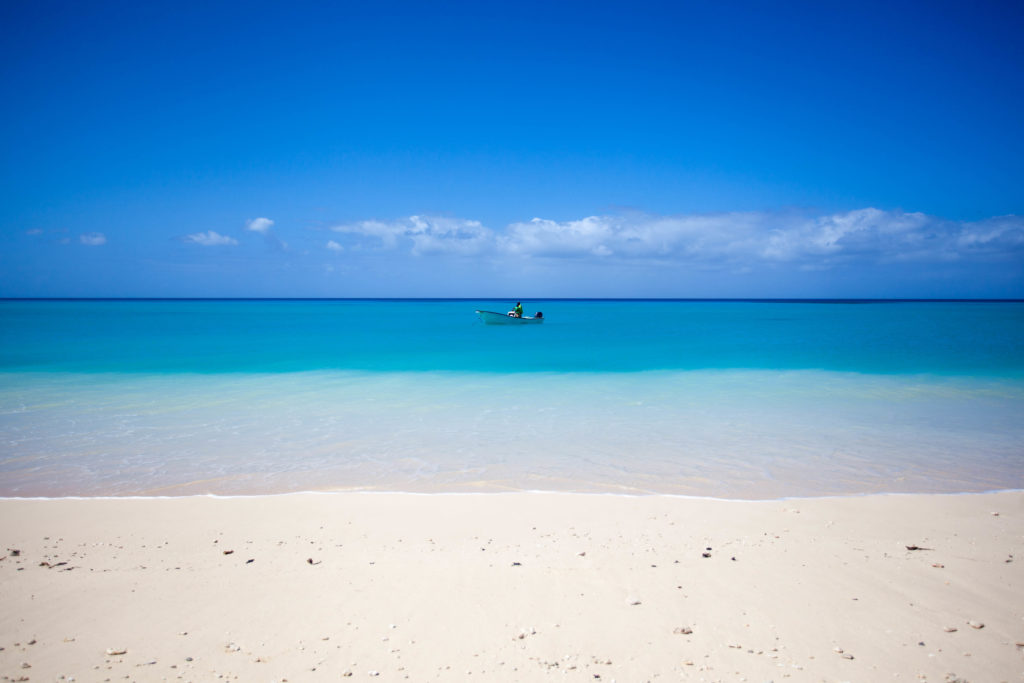 Kim Wall's reporting on the Marshall Islands was published by Mashable this week. She worked on the project in 2014 and 2015 with her colleagues Coleen Jose and Jan Hendrik Hinzel. (Photo by Coleen Jose)

Last weekend, I spent a couple hours out at sea in Turkey reading my dear friend May Jeong’s Wired piece The Final, Terrible Voyage of the Nautilus. It’s a tribute to Kim Wall, the Swedish reporter who was killed while reporting in Copenhagen last summer. As May wrote, “Kim was the kind of reporter who went after that special moment of alchemy when genuine curiosity plus time spent together turns into trust, then with luck, some kind of understanding.”

When I met Kim four years ago on a United Nations Foundation fellowship, I immediately started calling her sunflower because her spirit was so bright, so warm and so undeniable. Whenever she’d email me – whether it be seeking advice on wading through student visa U.S. bureaucracy or the male-dominated editorial boards of our favorite publications — she’d sign off with a 🌻, a sunflower emoji.

It goes without saying that Kim’s death broke me, and so many of my colleagues — especially my fellow women reporters — existentially and at our cores.

The last time I saw Kim, we were in New York City celebrating Foreign Policy Interrupted & World Policy Journal’s all-women’s issue, blasting the patriarchy and joking that we would form an all-girls band called NICE — a riff on the eye-rollingly hipster bro-ish VICE Media company — to combat the systemic patriarchy and the so-pervasive-it’s-like-oxygen misogyny in the media and foreign policy industries. This was before #MeToo, but our WhatsApp threads read like a draft of so many of the Shitty Media Men lists that have been produced out of this current reckoning.

The part of May’s tribute that I had the most difficulty reading, the portion that forced me to stop reading for several seconds, was her analysis of a question Kim posed in a series of texts to her last spring:

It didn’t take long after Kim’s murder for some to question her choice in going on a boat, alone, with Peter Madsen. In her choice of wardrobe. In her choices as a journalist and, in general, as a woman forced to make choices in an unequal world. As so many of my women colleagues have said and written, I wouldn’t have batted an eye about going on that submarine. We all have done it in some way. We all do almost every day. And, frankly, we wouldn’t want it any other way. You can’t report — you can’t live — without doing so.

I never got a chance to work with Kim, though GroundTruth funded her and her colleagues Coleen Jose and Jan Hendrik Hinzel in 2015 on a special reporting project. With support from the Society of Environmental Journalists and in partnership with the German news organization Süddeutsche Zeitung, the trio traveled to the Marshall Islands to investigate the legacy of American nuclear testing and the consequences of worsening storms and sea level rise caused by climate change, producing stories for The Guardian and PRI’s The World.

This week Mashable published a three-part multimedia project by the trio about the daily lives of Marshall Islands residents and the journeys many have taken to states like Arkansas, where a community of Marshallese seeking security and opportunity has grown around the poultry industry there.

After reading the series, my heart broke once again. It broke for the people in the piece whom Kim so characteristically introduced us to with context, with empathy, and with passion. It breaks for Kim, for I know she would have loved nothing more than to produce stories like this one until the end of time. And, somewhat selfishly, it breaks for us because we won’t get to read more of her stories.

In recent months, I’ve sought solace knowing there is a fund created by Kim’s family and friends in her name, administered by the International Women’s Media Foundation. The fund will support journalists like Kim who, in her own words, report on the “undercurrents of rebellion.” It’s a way to make sure that we keep telling stories Kim would have loved to read and stories she would have loved to write herself.

The surviving members of our girl-band NICE are determined more than ever. We’ve all vowed to keep fighting for our collective agency and freedom – as women, as journalists, as humans. During Black Lives Matter protests in 2016 — yet another much-needed reckoning — I came across the words of writer adrienne maree brown on Twitter.

“Things are not getting worse, they are getting uncovered,” she wrote. “We must hold each other tight & continue to pull back the veil.”

I’ve kept a single sunflower by my computer to remind me to keep doing both.