Reflecting on the role of journalism in society 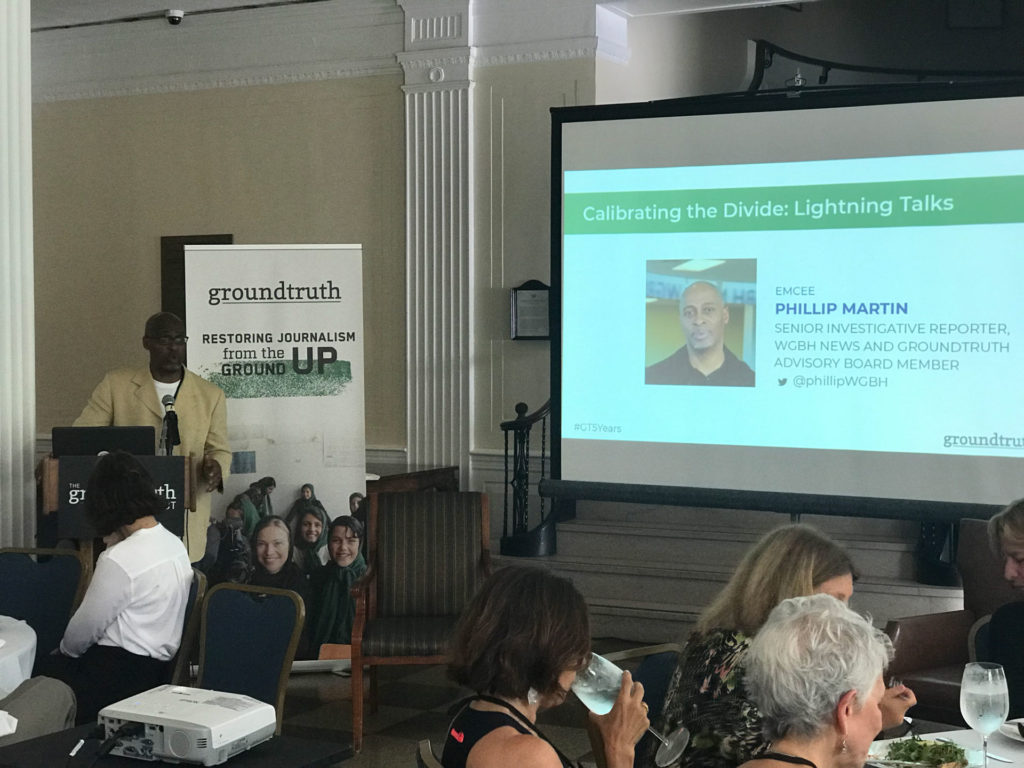 NEW YORK — Grappling with journalism’s role in a society under duress is one of the most difficult things that we do as a profession.

In part, it’s difficult because many journalists are so focused on the reporting process itself, with little time to advocate for the work that we do.

However journalism is increasingly part of “the story” as nationalist and authoritarian governments take charge in countries around the world, with demonization of the free press a key part of the playbook. And so we must rise to the moment and find our role, enlisting the public in the fight.  The GroundTruth Project is deeply engaged in the process of making journalism more vital and more relevant as we enter our fifth year as a nonprofit media organization supporting a new generation of journalists reporting around the world and across the United States as part of our Report for America initiative.

To recognize the occasion and the urgency of our shared commitment to journalism, we are convening past and present reporting fellows and Report for America corps members, along with partners, supporters and students at the International House in New York City, which was founded in 1924 with support from John D. Rockefeller Jr. to be a place where people from any country or background could live together in peace.

The theme of the gathering is “Democracy Undone,” also the name of a reporting fellowship which supports eight jouranlists to cover rising populist nationalism and authoritarianism in countries including Brazil, Italy, Hungry, Poland, Colombia and across the Middle East.

As part of this fellowship, we are proud to announce a partnership with The Atlantic which will give GroundTruth reporters the chance to be edited by and publish with its global section. In addition, each fellow will work with GroundTruth producers in partnership with PRX and WGBH to create a podcast season on threats to democracy, with in-person training from Transom lead instructor Rob Rosenthal. They are also hearing from the team at Beyond Conflict, which is studying the psychological underpinnings of increased polarization, the role of the media in exacerbating it, and what journalists can do to turn the tide.

From our incubation at the international news site GlobalPost to our launch as an independent nonprofit based at WGBH to the launch of Report for America to the commemoration of our 5-year anniversary, GroundTruth has come a long way.

We have done so amid rising hostility against the press, driven by U.S. President Donald Trump, Brazilian President Jair Bolsonaro, Indian Prime Minister Narendra Modi and Phillipine President Rodrigo Duterte. And we have done so amid increasing financial pressure on local news organizations in the United States, which has seen staff reporters, photographers and editors laid off en masse.

This month Report for America trained 50 new corps members working in 30 states and Puerto Rico, and we have three second-year training at International House to share insights from the field. This includes Eric Shelton, a photojournalist for Mississippi Today, who this week also helped launch GroundTruth’s new partnership with CatchLight, which will support visual storytellers to cover inequality in the Bay Area, led by CEO Elodie Mailliet Storm.

Applications for the three visual storytelling fellowship positions are now open until July 10.