A lesson on climate change from science fiction 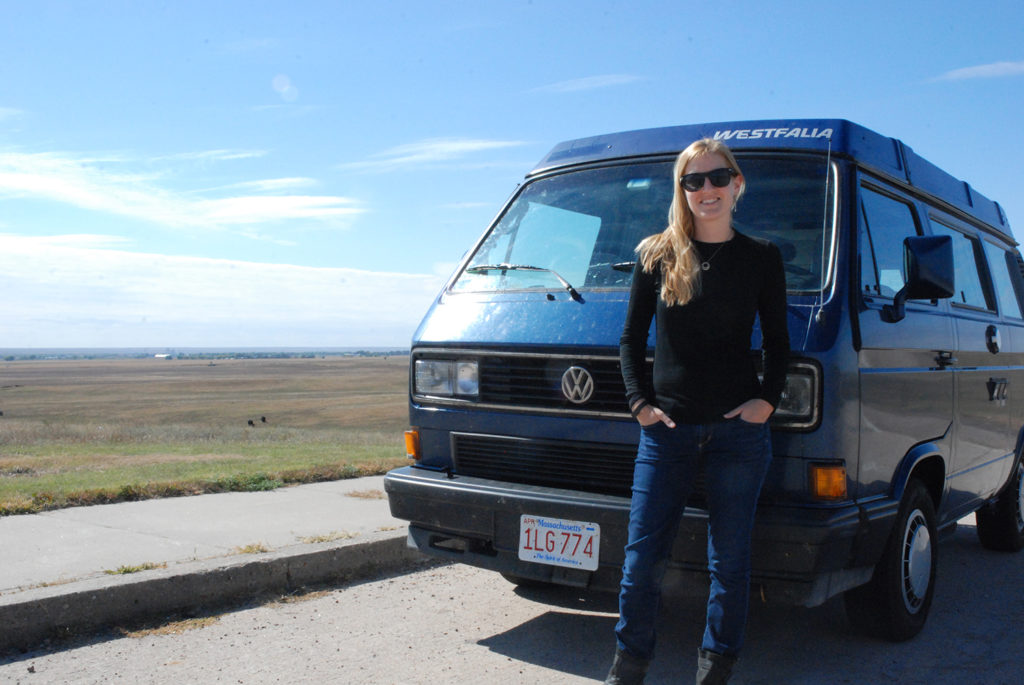 Rachel Rohr is the digital editor at GroundTruth. She's pictured here on a cross-country road trip for a special reporting project ahead of the 2014 midterm elections.

In September 2012, I drafted an email to my book club with the subject line “Damn near ruined my weekend.” It was a reference to our book that month, which I described as “the YA [young adult] version of ‘The Road’ but with even less hope at the end.”

The book, “The Age of Miracles,” centers on what happens when the Earth’s rotation starts mysteriously slowing down. The days and nights grow progressively longer, causing escalating environmental, social and economic problems.

The world is coming to an end, but it’s happening slowly, so the news outlets tire of covering it and citizens tire of hearing about it. This fictional scenario made me feel depressed, but the news anecdote also gave me a sense of déjà vu — it reminded me of climate change coverage.

Many people tune out climate change news, as if they’ve heard it before and it’s no longer new. Or perhaps it’s too frightening to internalize. The more dire the predictions, the more tempting it can be to react in one of two ways: ignore it completely or take action. I’ve encountered people who abandoned successful careers to become activists, scientists who gave up profitable ideas to pursue inventions they believed could save the world, and young people who started having doubts about bringing children into this uncertain future. But I know many more people who aren’t terribly concerned or paying much attention.

As a journalist, I’m interested in how people process and think about climate change: those who ignore it, those who go “all-in” and those in between. As the incoming digital editor at The GroundTruth Project, I’ll be playing two roles: managing the digital side of GroundTruth, and serving as deputy editor of GroundTruth’s climate change coverage. I’m coming from a similar digital role at the NPR show Here & Now, produced at WBUR in Boston, where I was previously a news writer and audio producer. Before entering the world of public radio, I tried my hand at world-saving, helping to launch new technology for concentrating solar power. I’ve also been a reporter, a Vatican tour guide and a sailor.

As I’m writing this, GroundTruth is deploying talented young reporting fellows around the world to dig into the effects of climate change. More than just numbers and projections, they’ll be showing us what’s happening right now to real people. They’ll be giving us a reason to care and pay attention — and maybe even feel hopeful, or at least better equipped to understand this huge thing that’s happening to us as a species and as a planet.

I’ll be working to do justice to this great reporting — in print, audio, photo, video and data visualizations — and get it in front of as many people as possible. If reading about climate change makes you feel frightened, angry or bored, my hope is for these human stories to pull you in anyway. What almost ruined my weekend back in 2012 was the doomed ending to that sci-fi novel. Compared to the mysterious slowing of the Earth’s rotation, climate change is a more manageable problem. It’s more science and less fiction.

I’m a fan of happy endings myself, and I have not yet lost my optimism.