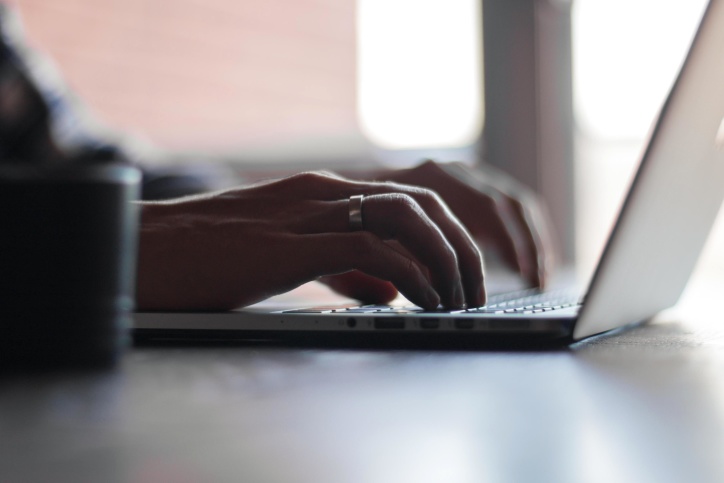 When it comes to online harassment, the International Press Institute believes there are “neither victims, nor heroes, just targets,” IPI’s Javier Luque says.

Luque has spent the last six years helping to formulate measures to address online harassment of journalists as head of digital communications for the organization. He coordinates its OnTheLine program, through which he estimates that he’s interviewed more than 200 journalists, most of them women.

“What I found is that they are really strong people, strong in the sense that they are comfortable with their vulnerability and they’re comfortable with feeling fear from time to time from these attacks, because they do,” he says. “The important thing is that those journalists wake up the following morning and they actually go to work regardless of the death threats that they receive. So that’s why we don’t want to talk about victims.”

Drawing on research conducted by the organization across 45 European newsrooms in five countries, IPI published newsroom protocols last month for how to support journalists experiencing online harassment. Through focus groups with female journalists and freelancers, IPI also found specific issues and vulnerabilities in need of address.

For this edition of Navigator, Luque shares measures journalists can take when confronted with credible threats from the internet’s troll hordes, and even governments.

Luque’s responses have been edited for length and clarity.

GroundTruth: What are the essential things that freelancers should be aware of when dealing with online harassment?

Luque: What we found is that many journalists don’t think of [the effects of online harassment] – the emotional impact and professional impact it has – can actually come at a later stage. You as a journalist might not be aware that the avalanche of insults and threats and so on that comes to your Twitter feed or your Facebook wall is something that might affect you. Just imagine that you’re going through a rough time family-wise – and many others that involve the life of any human being. On top of that, you have months, and probably years, this harassment has been piling on you and, suddenly, you might feel those consequences.

GT: IPI’s research indicates that even when a newsroom had support systems for freelancers dealing with online harassment, those freelancers were often unaware of these systems. Do you have any recommendations for independent journalists for expressing concerns about online harassment to an editor they’re pitching to?

But also the journalist should be aware and actively look to the editor and ask, “Who should I contact when I’m experiencing these issues?” And also ask if they have any sort of digital security training, which is also important to understand. For example, to understand where they can be vulnerable in terms of being hacked; whether they should be using Signal rather than Whatsapp; where they should secure and store all the recordings that they do from those interviews. But also they should ask their employer to set up a meeting with their social media manager to also understand what measures they should take in advance, and what preventive measures that can lessen the impact of these attacks.

GT: What are some of the measures that can lessen the impact of online harassment?

Luque: First of all, try to dox yourself. [In other words,] try to see what personal information you have out there that can surface as ammunition for those who try to discredit you. Try to put yourself in their shoes and find your vulnerabilities.

[Another] measure that we would suggest, not permanently, is to consider locking down your Twitter account for 24 hours [after the story has been published].

[Alternatively] try and find a colleague to monitor your account for 24 to 48 hours [after your story has been published] so you’re not directly exposed to the attacks, because this is one of the things that has been psychologically proven: that even if you’re not exposed directly to the life-threatening situation, the fact of having a tweet with a picture of a hand holding a gun can have a similar effect. So have someone else take over, ideally the social media expert within the newsroom.

It’s really important, especially for freelance journalists, to come forward and talk about this with their colleagues. What we’ve found is that many of them silence themselves, they do not share these experiences and even less so with their employers because they don’t want to seem problematic. And, especially when they’re younger, they don’t want to be stigmatized as a lesser journalist because they think real journalists deal with that and much more. But this is not true.

Related: Tips to protect yourself from threats and harassment

GT: The research for the protocols also addressed the distinct ways in which women journalists are targeted online. How are women targeted differently and what specific measures can they take to address gender-based professional harassment?

Luque: We have to just go a step backwards and try to understand that there are three types of attacks. There are those attacks on social media that come from individuals resorting to violence to vent.  Those attacks should be considered a threat you might consider reporting to the police.

[On the other hand,] if they’re targeting you because you’re a woman, diminishing you and belittling you, you might want to react or take it as humor, or ignore it or use another technique that’s called “naming and shaming.” This is done quite often actually. You take a screenshot of the tweet and then you share it on your Twitter account saying, “Look, this is what I’m [experiencing], what do you think of this guy? What do you think of this message?”

But we have to distinguish these sorts of attacks from more coordinated campaigns from political powers trying to stop you from writing and covering certain topics, and intend to somehow control the narrative. So here it’s really important to know, especially in coordinated attacks, they sometimes resort to sexual language, gender-based abuse, because it gets disseminated much more, while the real intent behind all these attacks is to discredit your work and to silence you.

So when you’re talking about female journalists, the difference between those attacks in terms of quantity we don’t know. But what we know is that women journalists are more viciously attacked. And these attacks against women can take a myriad of shades. One would be belittling you: “Because you are a woman, what do you know about politics? So why do you dare write about politics?” But also because you’re a woman sometimes the tweets are not that aggressive, they’re condescending. And usually the best countermeasure to that is just using humor, minimizing [the harasser’s attacks].

And the third type of attack that women are targeted with are against their family members, and their womanhood or motherhood. Sometimes these threats can be implicit or veiled, like posting the address of the school where you take your kids. So that creates a chilling effect. So, that’s why it’s important for every journalist, but especially women targeted with these types of attacks, to go through their social media accounts – Twitter, Facebook, Instagram – and see what content can be used as ammunition as a preventive measure.

GT: When an online threat seems real, one recommendation is documenting it. What’s the most efficient way to collect such documentation?

Luque: I’m going to suggest a very radical, revolutionary software to do this, which is called a spreadsheet on Excel. It should be as simple as that. Otherwise, to be very honest, no one will ever use it. It’s very difficult to create new digital habits. That’s why there’s so many apps, but so few that are really successful. So if we have the habit of using spreadsheets, why not just do it there? It can be as simple as taking a screenshot writing down the name. Even if it’s a fake name, just write it down. Also, copy the URL of that tweet, specifically, or if it’s [a thread]. You don’t need to do that for every single one.

GT: Who should you report these threats to?

Luque: Every social media expert we’ve talked to recommends reporting to the platforms. I know that one of the main criticisms against the platforms is a slow response rate and the decisions to block an account or to remove tweets seems very random. But it is important if you want to bring a legal case or [request the] authorities investigate a credible threat. By reporting to the social platform, you can prove [that you] reported it. This is [also] pretty useful if the user deleted the threat.

Editor’s note: Report for America’s Director of Corps Excellence Alison Bethel McKenzie is a former Executive Director of the organization and GroundTruth Founder Charles Sennott has been on the board of  International Press Institute’s North American Committee for 10 years.