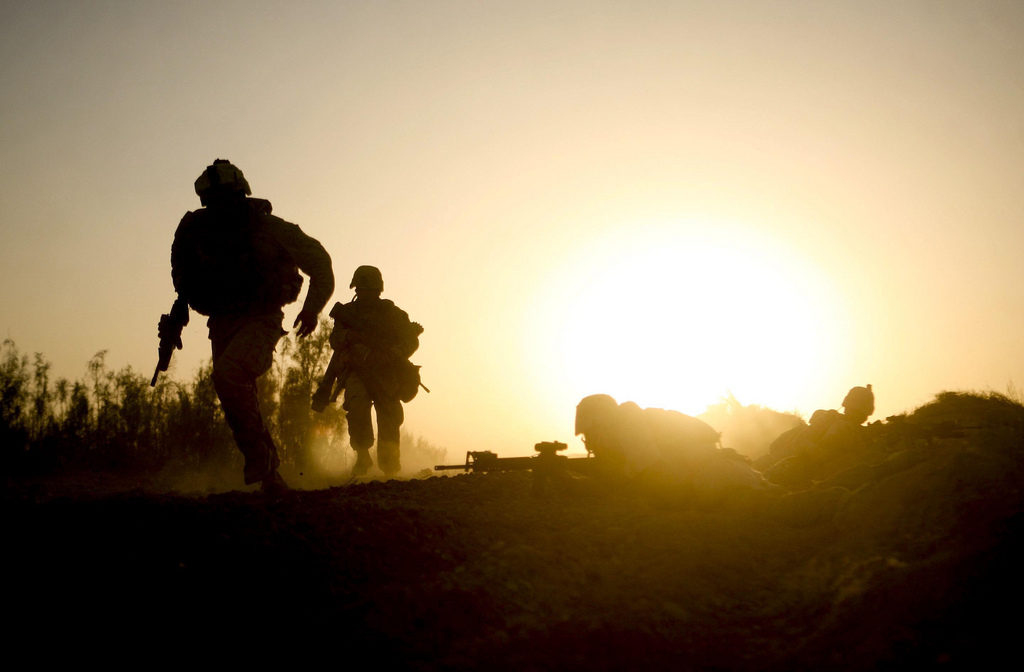 Journalists often talk enthusiastically about using social media as a reporting tool. Dave Philipps, a Pulitzer Prize-winning journalist who covers veterans issues, isn’t quite an acolyte of social media. Perhaps it’s his skepticism and willingness to point out social media’s limitations that have allowed him to use it so deftly and innovatively on his stories about veteran suicide for the New York Times.

“I’m not a big proponent in any way of ditching old [reporting] techniques for new,” Phillips said. “In a number of my big stories I realized, ‘Wow, all of this relies on these invisible communities.’”

One invisible community Phillips has written about are suicidal veterans who had served in Afghanistan. He says he came across the story by doing “a very old school journalism thing:” having lunch with an Afghanistan veteran. At the end of the lunch, Philipps asked the man what else he should be writing about. As Philipps recalled:

“He said, ‘suicide.’ And I started talking to him about what he meant, and he said that the rates amongst the guys that he deployed with were really high. And I said, ‘Well how do you know?’

“Because the V.A. doesn’t track those rates. I’ve tried to mine the V.A. suicide data and it doesn’t get down to the level where you can say ‘Oh look, combat vets are hit really hard by this.’”

“And he said, ‘Well, we’re all on Facebook. We’re on this group where we track each other, support each other. So I can tell you, whenever anybody dies, I essentially get a text about it.’

“So that really struck me, that here was a group of people who were using free software, and we’re talking guys who were between about 24 years old and maybe about 30, and they’re using free software to track each other in a way that the government, which has spent hundreds of millions of dollars trying to do this, is not really able to do.”

This combination of shoe-leather reporting and tapping into a social network group that already existed makes Philipps’s use of social media as a reporting tool particularly effective. “They had come up with this modern solution to an old problem and if I could tap into it, I could tell a story that no one else could see,” Philipps said.

However, he would only be able to tap into the veteran’s Facebook group if he could gain their trust — also an old-school skill that requires knowledge and understanding of the group on which one is reporting.

What makes tapping into a social network, like the veterans’, particularly effective is that their network was created organically. Crowdsourcing isn’t as honest a reflection, as Phillips explained, because the responses tend to over-represent people who want to talk about themselves.

“Let’s say that I have 50,000 Facebook followers and they are overwhelmingly people who’d served in Iraq and Afghanistan. I could very effectively put out a call or hunt down people if I wanted to talk about suicide among combat veterans. [But] I would miss something because if I said, “Hey, I’m writing about this, I want to hear your stories,” I would have this … sample of [only] people who want to tell their stories about suicide, which … doesn’t necessarily reflect the whole experience.”

The group of veterans he met on Facebook represented a broader cross section of the veteran experience with suicide.

“So, it’s much more of a full picture. I’m not just sort of cherry picking the guys that get messed up. I’m telling the story about this group of people and how they’ve tried to deal with the problem of being messed up. So you you get the hero and you get the wounded. I don’t think I would have gotten that just by putting out a question.”

Philipps believes that his own experience tapping into an organically formed social media network of an invisible community isn’t a one-off. “There are so many different situations where that could happen, where people who are having essentially solitary experiences are able to come together and suddenly realize that there is the collective experience,” he said.