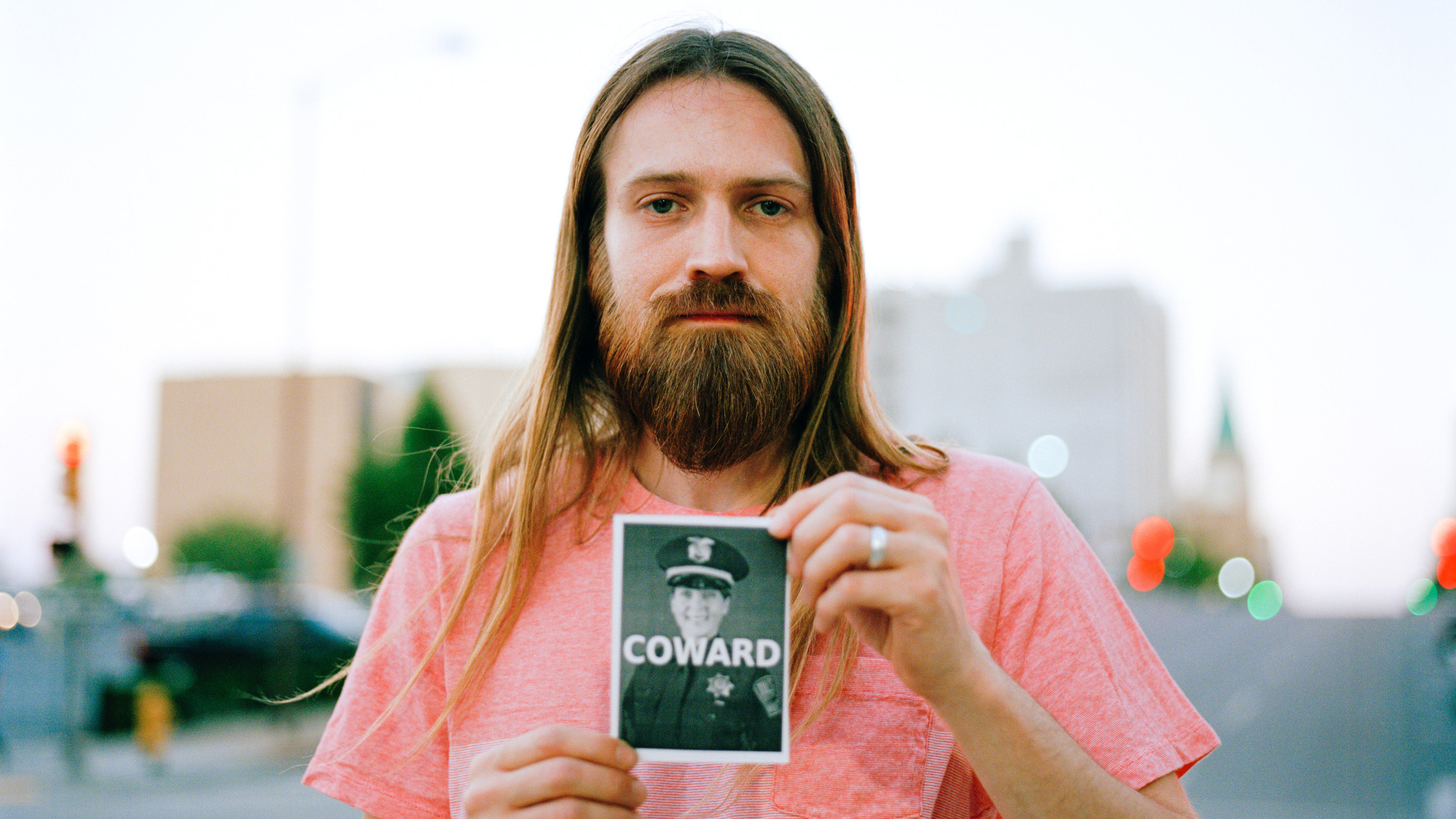 Millennials in economic distress across America talk about what matters this election season. For many, it’s not the candidates.

Jattara Johns, 18, stood outside of her dorm at the University of Michigan-Flint and wondered what the point of the presidential election is.

Anthony Graves, 28, stood in front of the fire station where he works as an emergency medical technician in Morristown, Vermont and wondered something similar.

“As painful as it is to say, Clinton talks more about student debt and healthcare than Trump and that’s huge for me. But it’s like picking which caliber gun you want to shoot yourself in the foot with.”

Melissa Lewis, 25, is a master’s degree candidate who had come to Tulsa, Oklahoma to organize in the wake of the fatal police shooting of Terence Crutcher, an unarmed African-American man. She was not as pessimistic.

“I feel, in order to address systemic racism, you have to address the system, and one of the best ways to do it is to vote, making sure you get the right people in office who are going to advocate for your community on all levels,” Lewis said in an interview with GroundTruth photographer Edwin Torres.

“We, as young people, we are the people who are going to be monumental in making this change, as you can see with President Obama,” Lewis continued. “And the reason he is in office is because young people came out to vote.”

But for a generation of Americans shaped by recession, terrorism and disruptive digital technology, voting remains a very tough sell. A loud, strange, angry election season stokes anxiety and fear without offering much in the way of solutions, millennials say.

According to a new poll by the Harvard Institute of Politics, 51 percent of 18 to 29-year-olds surveyed nationally are more fearful than hopeful about the future of America. While white males and females were most likely to be fearful, 85 percent of young African Americans and 72 percent of Hispanics believe people of their own race are “under attack” in the U.S.

And yet this is a generation that remains aloof from the bedrock of the democratic process: voting. A Gallup poll conducted in September found that just 47 percent of Americans age 18-34 said they will “definitely” cast a vote for president. That is down from 58 percent in 2012.

“I know I have a say, I know I can put in my vote, but like, even if say I vote for Hillary, even if she does win, what is she going to do exactly for me?” the university student Johns asked in Flint, while being interviewed by GroundTruth photographer Brittany Greeson as part of a reporting series on millennials looking at an historic election in a difficult economic time, “Season of Discontent.”

The Democratic nominee Hillary Clinton has far more support from the millennial generation than Republican nominee Donald Trump or any other candidate. Amid speculation that young voters may lean more conservative this election due to economic concerns, the numbers still show that Clinton would win in a landslide if it were up to millennials alone.

Sen. Bernie Sanders built a groundswell of support around a consistent message that the economic system is fundamentally unfair, which millennials understand all too well.

GroundTruth reporter Mohamed Abdelfattah spent time with Sanders supporters at the Democratic National Convention in Philadelphia in July, many of whom were crestfallen that Sanders had conceded defeat and offered his support to Clinton.

Their concerns were chiefly economic.

“I don’t know anybody who has been able to gain the American Dream, even being born and raised in America, because they make it impossible for us,” said a young woman who wept as she spoke. “Everyone I know is either in debt from their mortgage or their college tuition. I have friends’ mothers who are still paying off their college tuition. That’s not how it should be.”

Though millennials have been painted as an entitled, self-centered, spoiled generation, a Congressional report released by the Joint Economic Committee last November indicates otherwise.

“To compete in a job market where over a third of workers complete four years of college or more, young adults sit in classes longer and start working later. They spend more on education and take on larger student loans. Average student loan debt totals a record $35,051 for the class of 2015,” reads the report, titled “Millennials’ Slow Start Down the Road of LIFE.” In the report, the word “LIFE” is displayed in multiple colors like the popular board game of the same name, lending a dissonant air of whimsy to the gut-punching facts.

The miserable realities continue in the report:

“About 44 percent of recent college graduates are ‘underemployed,’ working in jobs that do not require a college degree; this puts graduates at a disadvantage that prevents them from gaining experience applying their skills and reduces their ability to meet college debt payments.”

And the kicker: “Although the U.S. labor market has returned to pre-recession size, many jobs pay less and offer fewer hours. The best opportunities go to skilled and seasoned workers, offering fewer ‘career path’ openings for inexperienced job seekers.”

Many millennials have challenged a system that has failed to manufacture opportunities or protect them from shrapnel of economic contraction, joining new social movements like Sanders’ “revolution,” Black Lives Matter or white nationalist movements like the Alternative Right, which has loudly thrown itself behind Trump.

The “Alt-Right” is defined by the Southern Poverty Law Center as “a set of far-right ideologies, groups and individuals whose core belief is that ‘white identity” is under attack by multicultural forces … Characterized by heavy use of social media and online memes, Alt-Righters eschew ‘establishment’ conservatism, skew young, and embrace white ethno-nationalism as a fundamental value.”

Seeking fresh air in a toxic environment of economic stagnation, hate speech, drugs and guns, some millennials are lashing out against themselves and others. And many are simply stuck.

“I have been paying off my student loans for a few years now,” said Graves, the EMT in Vermont. “I have upwards of $50,000 in student debt, and my interest rates are close to 11 percent, which is outrageous. And I also don’t agree with the fact that the federal government profits off of students. If we’re spending that much money, then we should have a decent paying job. If you have a degree, you shouldn’t have to work three jobs and live at home to make ends meet.”

Interviewed by GroundTruth photographer Ben Brody, Graves said he is a Trump supporter, though not particularly enthusiastic about any of the candidates.

“My grandparents would probably shun me if they knew I was voting for Trump,” he said. “Talking to my grandparents about how politics used to be, it seems like they used to work for a common goal. So, now, it’s seems like they’re both on their own agenda instead of working for us.” 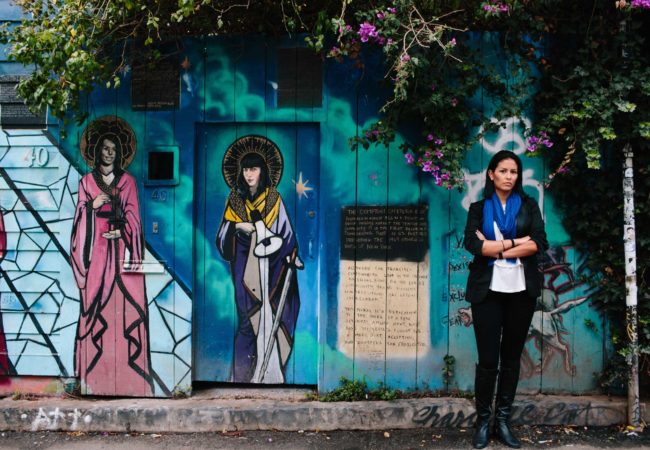 Voting in America’s most liberal state 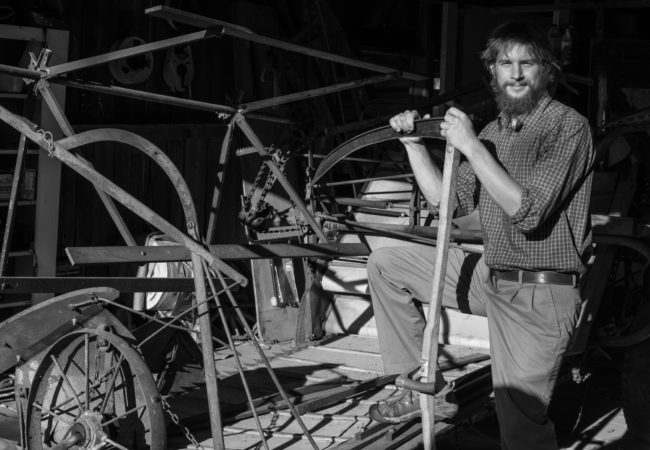 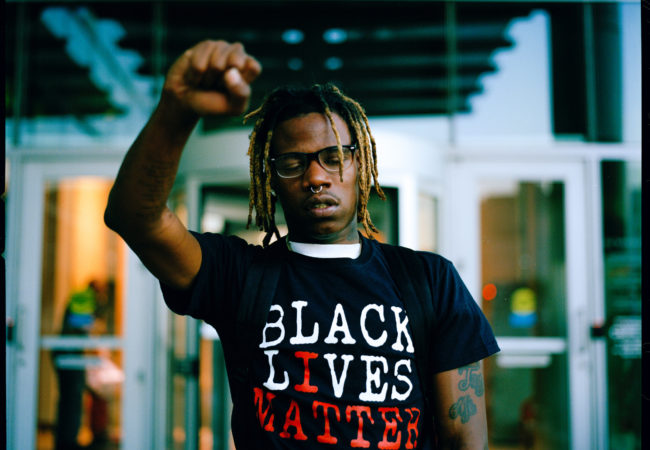 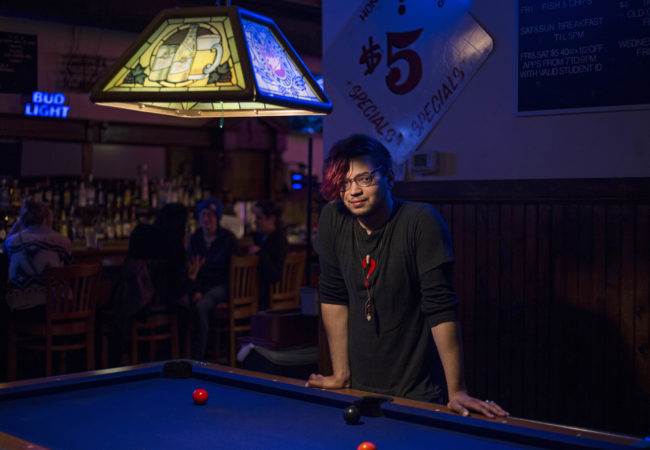