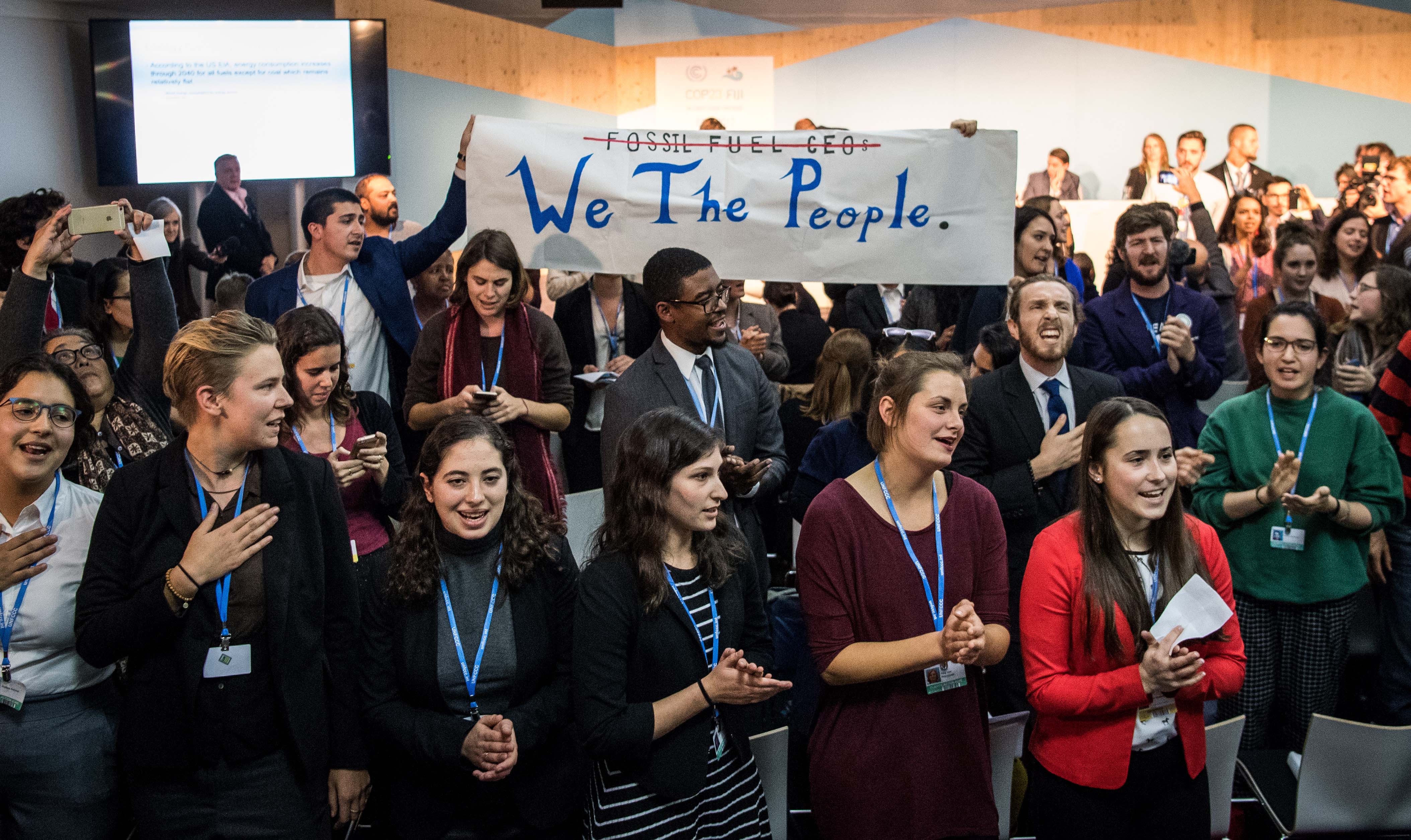 People disturb an event titled: "The Role of Cleaner and More Efficient Fossil Fuels and Nuclear Power in Climate Mitigation" with friendly singing at the COP 23 United Nations Climate Change Conference on November 13, 2017 in Bonn, Germany. The event, organized by the Trump administration and led by a delegation of U.S. coal, nuclear power and gas energy representatives, seeks to make the case for the ongoing use of the three power sources in bridging current global energy demand and the developing capacity of renewable energy sources. (Photo by Lukas Schulze/Getty Images)

In June, President Donald Trump vowed to withdraw from the Paris Agreement, the historic international climate accord made at the annual United Nations climate summit in 2015. As global leaders convene in Bonn for the latest U.N. negotiations, all eyes are on how the United States will now participate in the ongoing discussions to stop global warming. Despite Trump’s pledge, a band of U.S. business, science and political allies seeks to fill the void in formal U.S. leadership, reassuring the world that “We are still in.”

Meanwhile, in the two years since the Paris deal was made, the problems wrought by climate change have continued to rise — with record-breaking heat, severe storms and drought. Worldwide emissions of the greenhouse gases that cause climate change have reached new highs, and thousands of scientists have issued a new warning about the man-made catastrophe, claiming “humanity is not taking the urgent steps needed to safeguard our imperilled biosphere.” 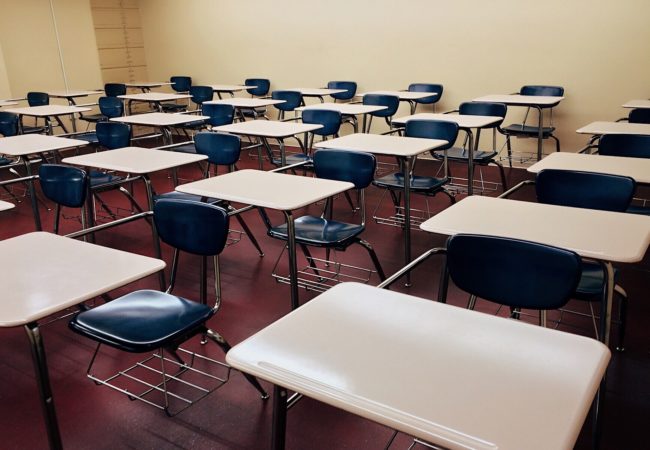 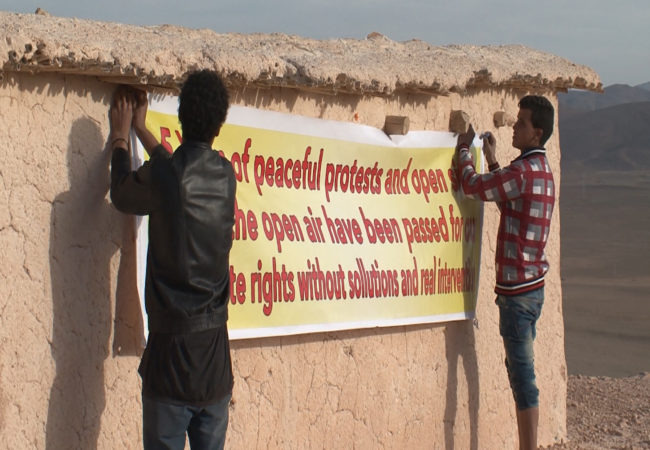 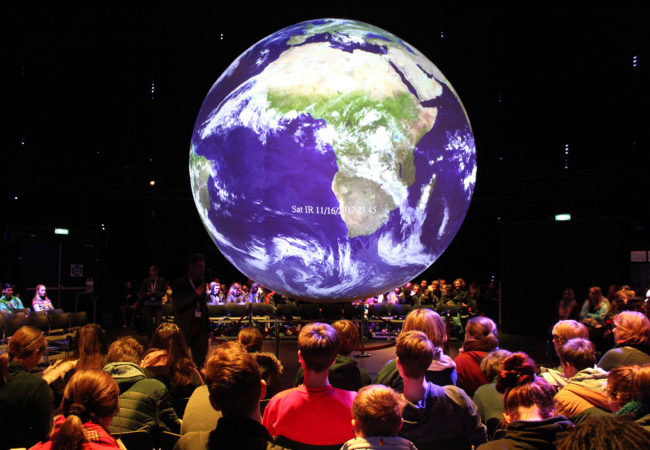 A Dispatch from Bonn: How Germany Uses Morality to Teach Climate Change 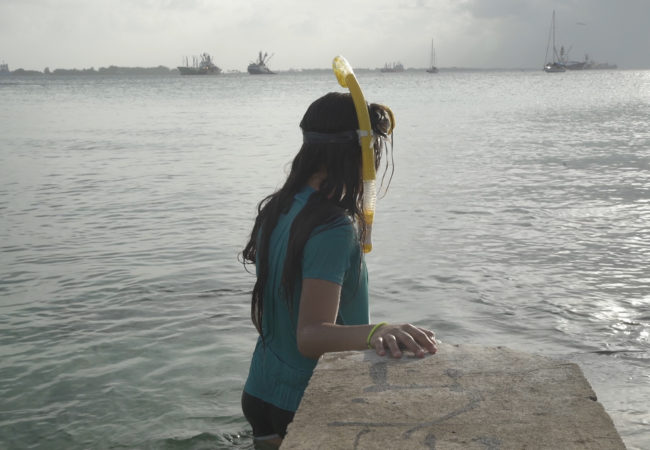 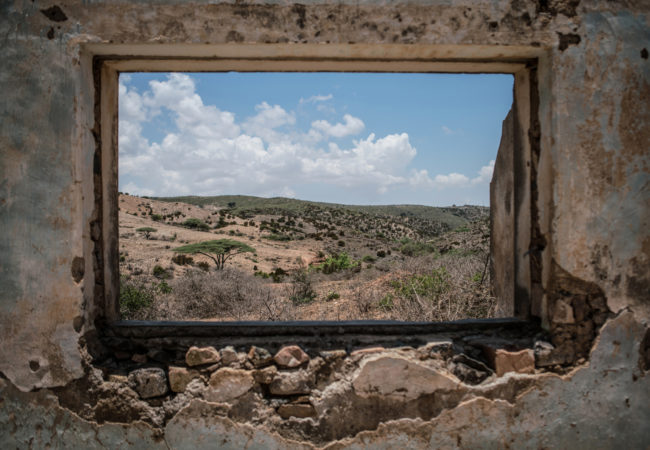 Amid conflict, Somalia turns to renewable energy for growth 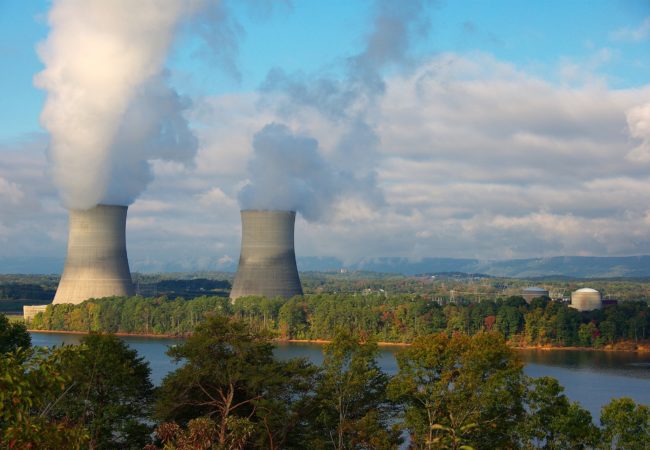 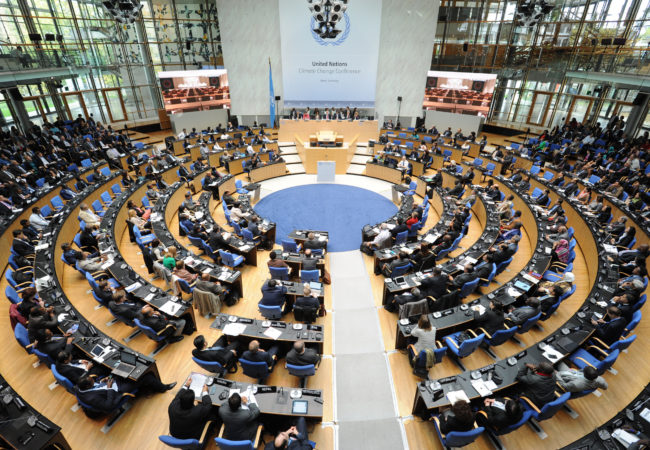