Tips for finding and pitching stories with a race-focused angle 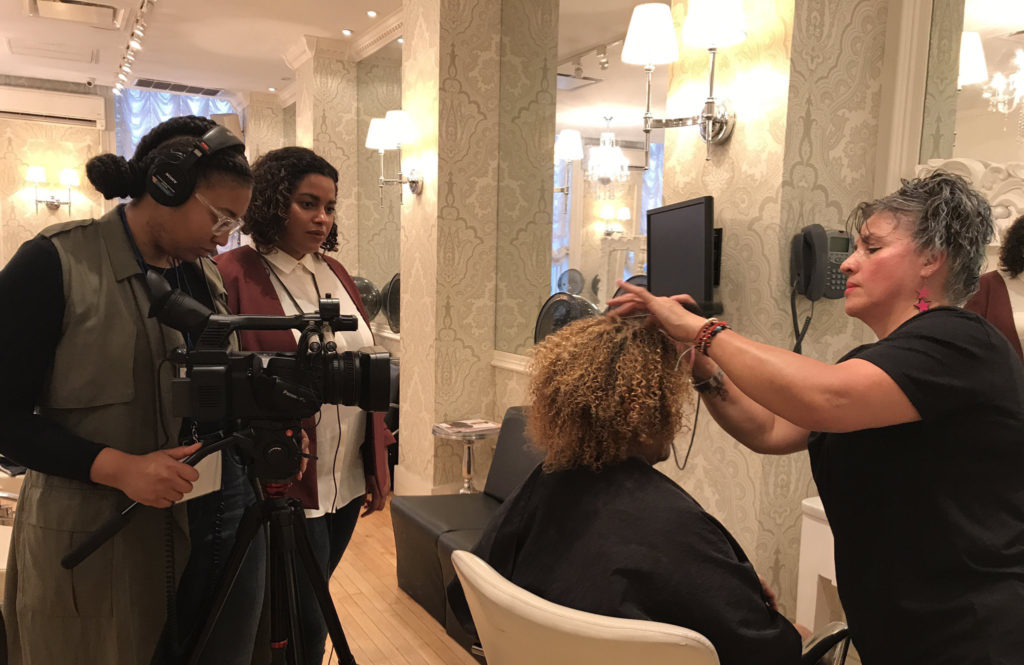 “Race happens everywhere, in every venue," said Sonya Ross, pointing out how underlying any big story there's a race angle than reporters can explore.

Although the racial and ethnic compositions of newsrooms in the United States is still overwhelmingly white, minorities have started to make some gains. The percentage of people of color in newsrooms went from 16.5 in 2017 to 22.6 in 2018, and those in management positions increased from 13.4 percent to 19 percent in the same period, according to the annual American Society of News Editors Newsroom Employment Diversity Survey.

These figures don’t paint a broad picture of U.S. newsrooms, because only 17 percent of 1,700 organizations actually responded to the survey. But growing interest in addressing the lack of diverse perspectives in journalism presents an opportunity for reporters to pitch stories that reflect the needs and concerns of members of their audience who are not heard often enough.

I recently spoke with Sonya Ross, Race and Ethnicity editor for the Associated Press, who leads a team dedicated to cover the news of the day through the lens of race, about how journalists can incorporate race-focused angles to their reporting and what the best approaches are to pitch these stories to editors and producers. Ross has a storied career at the AP — first as a reporter on multiple beats, including the White House press corps, and then as an editor directing coverage of the wars in Iraq and Afghanistan. She conceived of her current role after successfully lobbying the organization to create a race beat and to train their journalists to cover stories from their perspective of people of color. Here are some of her tips:

Although it may seem obvious in this day and age, don’t assume everyone is aware of conversations that are going on in the social media circles of communities of color, or that everyone realizes their importance, particularly your editor. “Social media, Instagram and Twitter, in particular, are the biggest tipsheets in the world in terms of what people of color are talking about,”she said. “There will be discussion of something that absolutely everyone is talking about, but invariably people of color will have a different spin or take on it.”

>By keeping your eyes and ears open to these conversations, you can identify angles or stories that an editor or newsroom might have missed: “I have colleagues who haven’t even heard of R. Kelly, much less of the documentary,” said Ross, referring to Surviving R. Kelly, a new film about the allegations of sexual abuse against the popular R&B singer that dominated the conversation on social media early in January, when it first aired.

Being aware of how news is being discussed on social media gives you an edge for pitching a new angle: “You’re coming from the standpoint of the person who is in the know about what’s going on. And then the pitch turns into ‘Let me tell you what’s happening,’” said Ross, adding that is not uncommon to find yourself in the position of having to explain the significance of a story. In those cases, remind your editor of this age-old journalism principle: “If you don’t know what this is, that alone should tell you it’s news, because it’s news to you. And if it’s news to you, it will be news for someone else,” she said.

Ross acknowledges that editors might dismiss race-focused pitches based on their own limited knowledge of the topic or their failure to realize its impact. “You gotta remember, our industry is still feeling its way on how to get at stories that speak to and for communities and audiences of color,” said Ross. “They don’t know quite yet how to wrap their arms around it because it doesn’t happen the way economic news happen[s] and they can’t put their hands on something solid like the Dow or the market. It’s not like sports, where there are actual events happening, standings and other tangibles they can put their hands on to report the news,” she said.

To make your case, Ross suggests, have audience engagement figures at hand. If the topic has been trending on Twitter with 60k posts in the last two hours, or generated 100,000 views on YouTube, those statistics are evidence that it’s an argument that it is generating interest.

Those figures also can help you play into your editor’s FOMO. If so many people are talking about a particular topic, how come his or her newsroom doesn’t have anything to say about it? Planting that seed of doubt might help editors reconsider their position.

3) Use politically charged topics to your advantage

Race is a contentious topic, even more so in today’s highly polarized political climate, but that shouldn’t push you away from pitching stories where race and politics intersect. As Ross points out, everything has a race aspect to it. “Race happens everywhere, in every venue, and it’s the story that is just beneath the surface on the housing indicators. It’s the protest around the national anthem at NFL games. It’s the perceptions and sexualization of young African American women in the R. Kelly case.”

And yet, in many publications, those race angles are not discussed, a dearth of perspective that opens the door for many young journalists to add a new layer to existing coverage. “Let the politics be the backdrop, let it be the reason you do whatever it is you do,” Ross said. “If President Trump gave a speech about the border wall, that gives you a reason to do an extra layer of reporting around the border wall.”

Being the only one covering a specific community or topic through the lens of race might make you feel like you have all the answers, but Ross cautions against making connections based on your experience and not on facts. “Don’t put a fact out there based on what you understand it to mean. You better know what it means. You can not assume that you glued all the dots together.” Having multiple sources in every story and double checking all of your claims is the best way to make sure you avoid misinterpretations, says Ross.

5) Track the “string” of the story you want to pitch

Every good pitch provides some context to help the editor, and ultimately, the audience, understand the importance of the story beyond current developments. This applies doubly for stories with a focus on race, since it’s very probable that the historical context of the story has been underreported or has been seen only from one perspective. This “string,” as Ross called it, “gives you a historical base to build your journalism on. It adds a layer of expertise and tells the news organization you are trying to pitch to that you have been paying attention to this issue for quite some time and you’re knowledgeable about it,” she said.