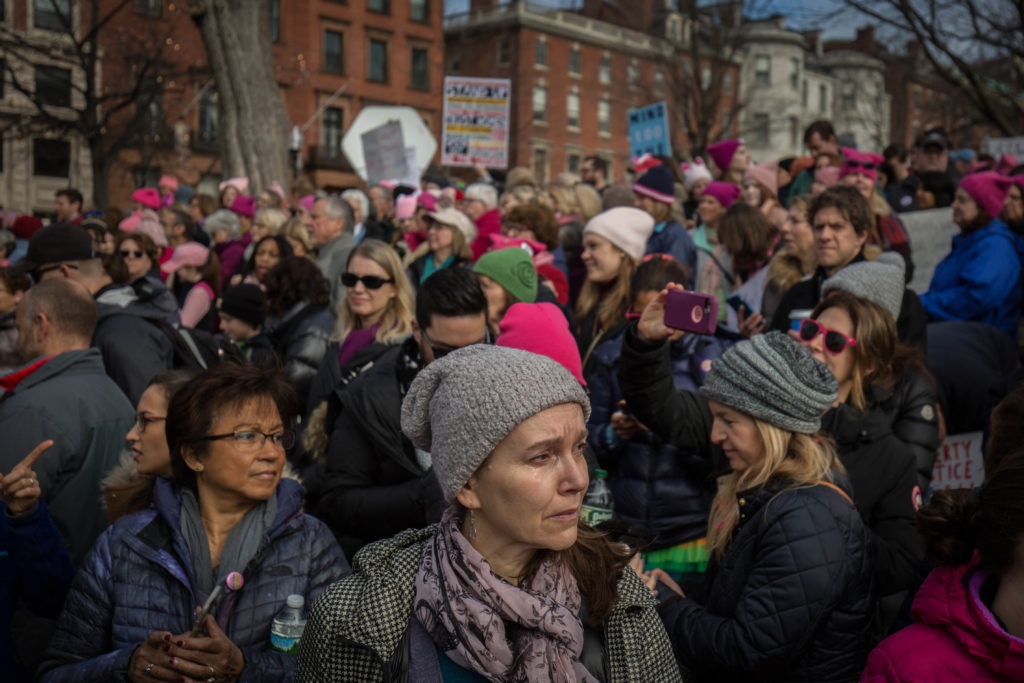 A woman sheds a tear as the song, "America the Beautiful: Together We Stand" plays in the Boston Common during the Boston Women's March on Jan. 21, 2017. (Photo by Alastair Pike)

More than 100 years after American women mobilized for the right to vote, up to 175,000 people gathered in Boston, Mass., for what might have been the second-largest Women’s March in the United States.

The march comes just a day after the inauguration of President Donald J. Trump, whose contentious election inspired at least one million people to protest on Saturday –  including across more than 600 “sister marches” around the world.

Here are photos of the march in the Boston Common, where children and adults alike held up signs about violated rights, climate change denial and xenophobia.