‘Persevere and never give up,’ climate justice official says 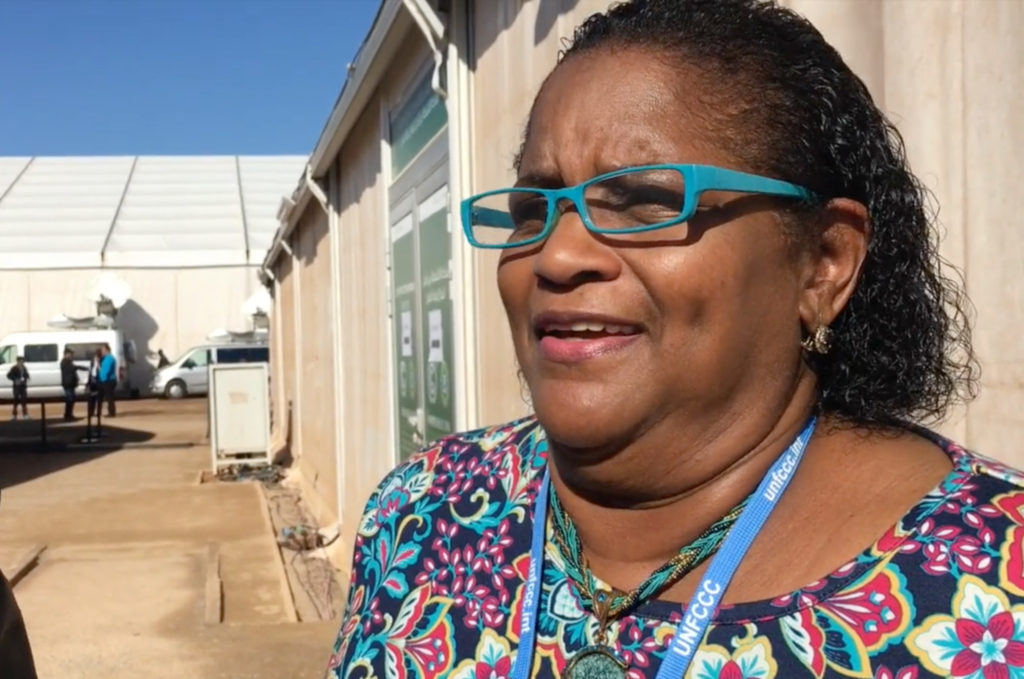 Donald Trump wins the US election, what do I say to my daughter back home?

Katherine Egland has the answer:  “Persevere and never ever give up.”

Egland is head of the Environmental and Climate Justice Committee for the NAACP, and we met this morning at the UN Climate Summit in Marrakech just hours after Trump’s victory speech.  She has linked the struggles of women and people of color seeking equality and justice with those working for action on climate change. Trump is an avowed climate skeptic who has promised to pull the US out of the hard-won Paris Agreement.

Perspective from Principle Pictures on Vimeo.

“That’s the way I grew up as a child,” Egland says, about never losing hope while growing up in the Deep South during the Civil Rights era.  And that’s her sense today as the American public has hours ago decided to put a climate denier into the White House in January:  There’s no time for tears or angst, just time to work.

That’s what Egland has done her whole life. Dr. Martin Luther King, Jr. stayed in the rectory of her church when he visited Mississippi, and as she worked alongside him, she learned about the power of collective, nonviolent action. As a teen in 1967, Egland was one of the first black students to desegregate her public high school in Hattiesburg, Mississippi.

“People can’t understand why I’m not afraid of terrorists,” she says. “I grew up with the Klu Klux Klan. I grew up under bomb threats.”

Today, Egland is a leading voice against racial injustice and says climate change is the newest chapter in the civil rights movement because its impacts are being layered on top of other challenges – like inequality and poverty – she’s been fighting since childhood.

“I am not saying it’s going to be easy,” she admits, “but I am saying to just never give up.”

And this is the message I want my 9-year-old daughter, Isabelle, to hear.  She was getting ready for school when I called her on FaceTime to tell her the election news.  She burst into tears and decided it would be a good day to wear blue – “blue for the sadness I feel,” she said.

But then I told her Egland’s story – the story of a girl who couldn’t drink from certain water fountains or walk through the front door of her local movie theater to catch a matinee. Egland knows struggle on a scale that was hard for me to explain over the phone during the hectic morning routine.

“Persevere” – that’s what she told me. I told Isabelle.

“Are you going to listen to her?” Isabelle asked me.