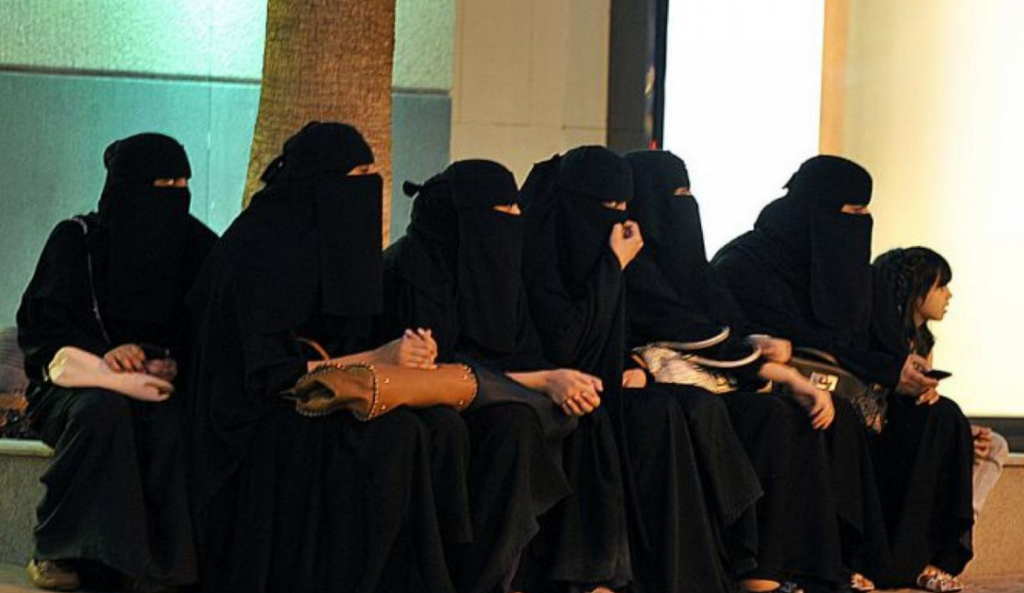 GlobalPost asked two young Saudis to contribute to the Special Report “The Road Beyond 9-11” by writing about some aspect of religion in the kingdom. Eman Al Nafjan is a female Saudi blogger in Riyadh (Saudiwoman’s Weblog) and is working towards a doctorate in linguistics.

King Abdullah bin Abdul Aziz addressed the 150 members of the all-appointed advisory council (Shura) in September to announce that he rejects the marginalization of Saudi women. He said that after seeking advice from religious scholars within the country’s highest Islamic council and others outside of it, he had come to the decision to include women in the Shura and allow them full participation in future municipal elections.

This announcement came as a complete surprise to most Saudis. When word got out that the King was to address the Shura, most thought it was to speak about the housing crisis, a major concern and a point of grievance for many. And although there is a women’s suffrage campaign headed by Dr. Hatoon Al Fassi and Fawziah Al Hani, it was recently overshadowed by the campaign against the ban on women driving. So women’s suffrage and their appointment to the Shura was the last thing anyone was thinking about then.

To outsiders, the king’s announcement may seem like an enormous breakthrough for women’s rights. However, the current status of women foretells that it will take a lot more than one royal announcement for things to change in Saudi.

As a Saudi woman, I was overjoyed to hear King Abdullah’s announcement. But since then, it has become apparent that misogynistic religious fundamentalists still have quite a hold on governmental decisions and public opinion. There has been little indication so far of any substantial change in processes and procedures within the government. And the tone and discourse of the Saudi religious establishment remains as conservative as it ever was, if not more so.

Sheikh Al Luhaidan, the oldest member of the highest Islamic council was probably the most shocked by King Abdullah’s speech. In an interview on an Islamic cable TV network, Al Majd, he said that he had no prior knowledge of the king’s decision nor was he asked his opinion on the inclusion of women. He also said he wished the King had not mentioned the highest Islamic council at all.

The Minister of Justice, Sheikh Mohammed Al Eissa, was quick to issue a statement the next day that women appointed to the Shura will not be allowed to be physically present on the floor. Instead, arrangements will be made for them to watch each session via closed circuit TV and only participate via microphone so they remain unseen to the Shura’s male members.

Shortly after the king’s announcement, a Saudi woman, Shaima Jastania, was sentenced to 10 lashes across the back for driving her car in the port city of Jeddah, and a young man was sentenced to 15 lashes and two weeks in prison for taking photographs of Shaima while she was driving. Prince Al Waleed Bin Talal announced that the king had pardoned Shaima and vacated the lashing sentence, but her case is still pending in court.

Two female reporters, Samiya Al Eissa and Nesreen Najm Al Deen, wrote about Shaima’s case in a local newspaper. As a result, the two reporters were referred to the Ministry of Information’s press violation committee — not for reporting an untruth, but for reporting a truth that the Ministry views as threatening to national unity. The Ministry’s accusatory letter was leaked and a scanned copy made the rounds on social media, where many pointed out that the two reporters were not the only ones to report Shaima’s case. A similar report by a male reporter was published in Al Hayat newspaper, no reports have surfaced that he was reprimanded or accused of causing national discord.

That my country’s stability is so fragile in the eyes of some that a woman driving her own car and two women reporting the injustice of her punishment is a threat to its very unity is an indication of how sinister the women’s movement is to them and how seriously challenging it is to speak out for women’s rights.

Last week, 17 members of a literary association in the Western city of Al Baha walked out of meeting in protest of a female writer and professor, Suaad Al Mana, addressing the association on stage with her face uncovered. This despite her wearing the full black cloak — the abaya — and completely covering her hair. The members who walked out stated that a woman standing on stage in front of men is the beginning of the moral disintegration of Saudi society. Before walking out, the group called those who remained “secularists” as if it was a dirty accusation and shouted that this type of gathering is what caused the fall of the Islamic Empire in Spain. A spokesperson for the group, Ahmed Al Amari, told Al Sharq Alawsat that their objection “is based on sharia, legal and social grounds.”

Replying to inquiries from members of the Shura, the Ministry of Justice spokesperson stated on November 14 that Saudi authorities cannot force their employees or judges to look at a woman’s face to compare it against her ID card. That’s why they will implement an electronic fingerprinting system to verify a woman’s identity without having her remove the cloth covering her face.

Recently, Saudi public elementary schools have allowed first through third grade boys to have female teachers. One of the last orders made by Prince Salman bin Abdul Aziz as he was leaving his post as Riyadh governor to become Minister of Defense was that these schools must ensure the 6- through 8-year-old boys not be able to talk or play with their female peers in school corridors or during recess.

These examples demonstrate how long and treacherous the road will be for the cause of women’s rights in Saudi Arabia. Even decisions at the highest level of government in an absolute monarchy such as ours will only just begin to dent the armor of fundamentalism behind which many hide their misogyny.

As a country that is trying to modernize its economy and society, this fundamentalist mindset poses a unique challenge. Since the late 1970s, this faction of society has had immense decision-making power particularly in education and the courts — the two areas where interaction between the government and the average citizen is greatest. Three decades later, they have managed to make their ideology the foundation on which education and justice are based. Even appointing progressive ministers has failed to make any substantial change because from the bottom up, the system is sustained by people who have a religious conviction to resist change. Nothing is harder to shake than that type of conviction.

Steps such as appointing women to the Shura council and allowing them to participate in municipal elections, positive as they may be, are not as influential as enabling and empowering the average Saudi woman to represent herself without the obstacles of male guardianship, male drivers and strict segregation work codes. What’s the use of having a female Shura member as a representative to the government when a woman cannot represent herself in her own life?

This work was supported by a 2011 Knight Luce Fellowship for Reporting on Global Religion and edited by Knight Luce 2011 Fellow Caryle Murphy. The fellowship is a program of the University of Southern California’s Knight Program in Media and Religion.