How one programmer used her disability to her advantage 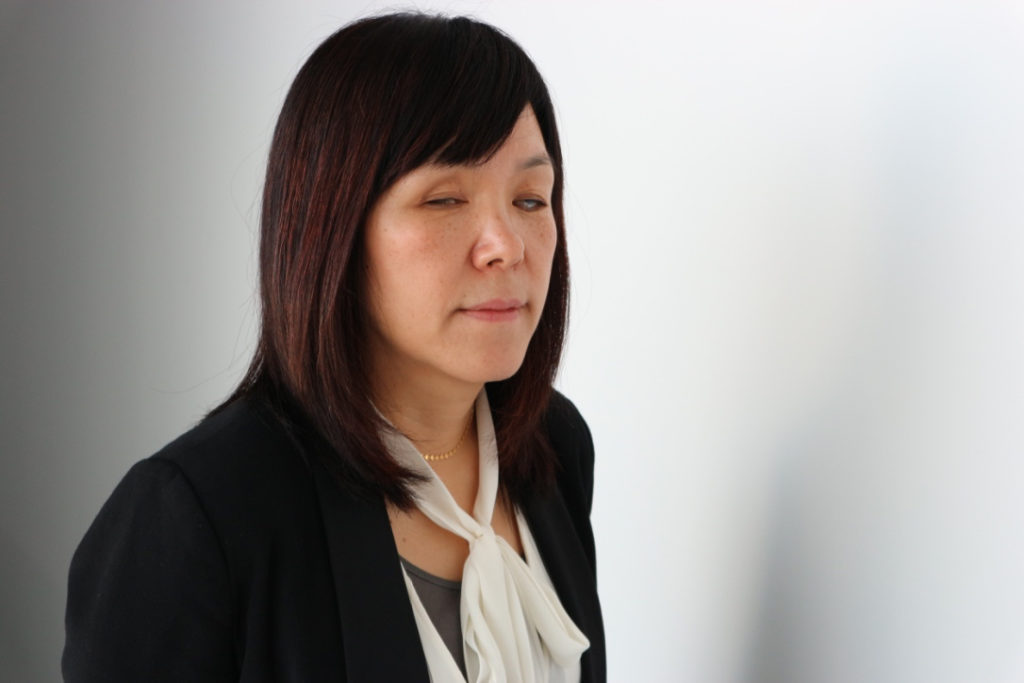 ORLANDO, Florida — When Chieko Asakawa was young, she wanted to be an Olympian. Now, she’s an IBM Fellow, the highest honor an IBM employee can receive. What happened?

Asakawa grew up in Osaka, Japan. When she was eleven, she hit her left eye on the corner of the pool, triggering a degenerative eye condition. By the age of fourteen, she was forced to envision a life and and a world without sight.

“What I was afraid of most, being blind, was how I could be independent,” Asakawa says, speaking from the Grace Hopper Celebration of Women in Computing, the world’s largest gathering of female technologists.

Asakawa speaks in bursts punctuated with laughter–quick, clever responses followed by reflection. She leans forward to make her points, sits back to think.

When Asakawa first lost her sight, she began picking up on two major barriers to independence: access to information and mobility. “In those days, there were no computers, internet, or smartphones,” she says. “I couldn’t read any information by myself.” She also couldn’t leave her house unassisted. Getting to school or work is easy for blind people. But exploring unfamiliar places? Shopping alone? Without a guide, these activities are much more challenging.

Asakawa had another big question: “What am I going to do, alone, in the future?” She loved sports and hated studying. But once she lost her sight, she realized her dream of becoming an Olympic athlete would be much harder to achieve.

Chieko Asakawa describes what it was like to grow up blind.

“I really wanted to find something new, something meaningful, even though I can’t see.” Asakawa says. “In those days, there weren’t many options for the blind to see.”

So when someone told her that there were jobs for the blind as computer engineers, she leapt at the opportunity. “I thought, okay, that’s something interesting.”

Asakawa enrolled in a two-year programming course at Nippon Lighthouse Center for the Blind in Osaka, Japan. But as someone who claimed to hate studying, she quickly realized that computer engineering was much harder than she thought. “I thought I had made a mistake,” she says. “It was so difficult. In those days, there were no voice assistants. No devices to help the blind access computers.”

Chieko Asakawa talks about how she first started studying computers.

But Asakawa has a mantra: don’t quit once you’ve started something. After you finish, you can decide whether or not to continue. But finish, first.

When Asakawa completed her course, she was invited to work at IBM Research Tokyo to develop an english-text to braille translation program. Since then, she’s spent her career solving the problems that first struck her when she was fourteen: how to access information, and how to be independently mobile. And while being a blind and female programmer has been difficult, Asakawa says that it’s made her a better engineer.

“Everyone has a different perspective and different experiences,” she says. “For me, my blindness has been an advantage for my research.”

Asakawa also credits her gender for her success. She believes that being a woman makes her more conscious of a user’s experience, and designs tools that are more intuitive.

Chieko Asakawa talks about the necessity of diversity in the field of technology.

“I think men and women have different perspectives,” Asakawa says. “It doesn’t make one better…. It’s just different. And these differences have been very helpful. So I think diversity is the key to innovation. We need to work together. But sometimes, it takes time for the majority to understand it.”

Those may seem like big technological barriers, but Asakawa’s up for the challenge: “My motto is to make the impossible, possible, by never giving up.”