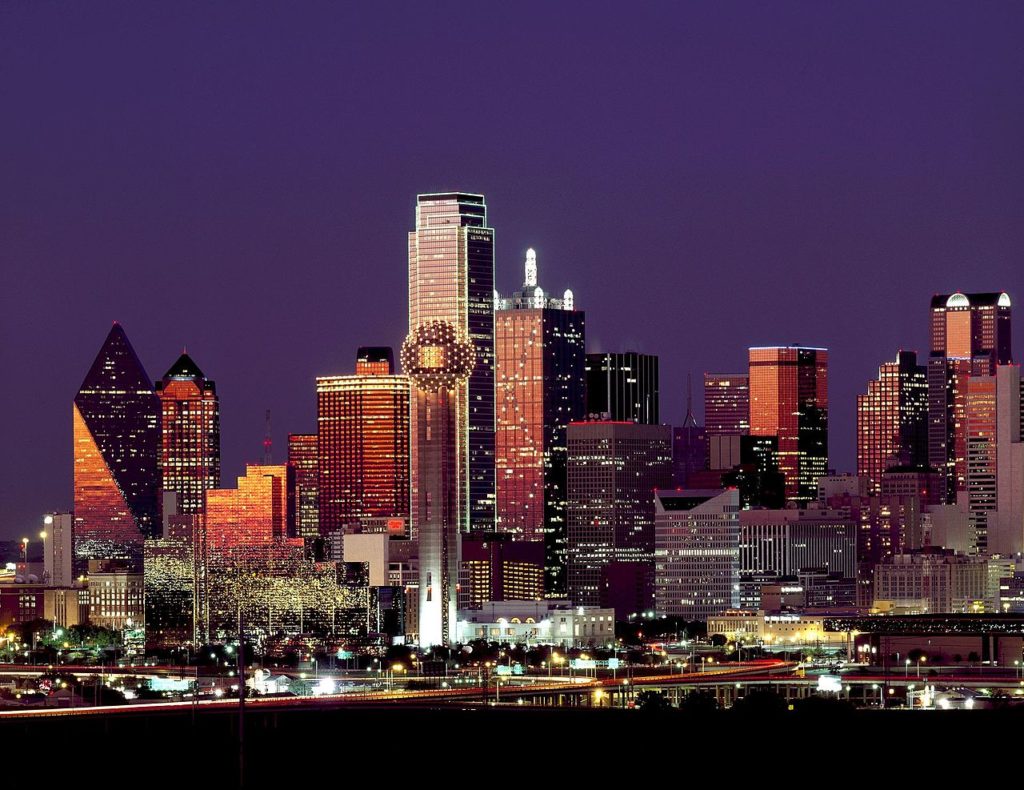 Nothing beats the downtown Dallas skyline at dusk. The bright green glow of Bank of America Plaza. The flashing lights of Reunion Tower. The orange fade of the western sky reflecting on every window around. This sight has always inspired faith in me.

Not faith in a higher power or religion, but faith that if I could get here, I could make it.

I thought that as a five-year-old walking through downtown for the first time with my parents and brother as we collectively awed at the bright lights.

I think that now as a reporter for The Dallas Morning News when I look out over the Trinity River and see the same sight more than 20 years later.

Dallas has always inspired me. I’ve stuck by this place my entire journalism career because I believe there are enough stories here for me to tell.

I worked for almost four years here for what amounted to freelancing scraps. I worked for free. I worked for $30 a post. Sometimes I sat around wanting to write without an outlet to publish with.

But on August 18, it felt like that chapter of my life — the one where I was the hopeful person looking from the outside in — came to a close. I achieved a childhood dream: My story landed on the front page of the DMN.

That meant that the decision my parents made 22 years ago to leave Mexico and come to Dallas paid off. The long nights in college. The months my bank account dipped below a $200 balance (sometimes exactly at $0). It was all worth it.

After years of doubting whether or not I was good enough to continue pursuing this career, I felt welcome. And even as the journalism industry struggles, I revel in my own accomplishment, knowing that it is a privilege to do this and knowing that taking it for granted is akin to playing with fire.

But as good as that feels for me, it’s not enough.

Journalism is about telling the stories of what you see around you. It’s about standing up for the little guy or the person who doesn’t realize just how much power he or she holds.

It’s a community that doesn’t make it to the voting booth often enough, even when dangerous political rhetoric and decisions make life more difficult.

It’s a community that has not had a trusting relationship with the press.

My hope, however, is that residents will eventually appreciate and work with journalists who want to listen and tell their stories. We as reporters want to hear about any possible discrimination you’ve faced, and at the same time we want to hear about that successful business you’ve been patronizing for more than 20 years. That’s what we get paid to do.

But as long as the community stays silent, the stories — good and bad — will never be told. So it’s time to recognize just how much these voices matter to discussions about politics, life, art and the general state of things.

Of course, this all means nothing if journalism doesn’t try to make itself more inclusive.

If I’m doing nothing to get Hispanics in Dallas to care about important decisions that could affect them, then I’m a bad journalist.

I realize that it is more important now than ever to not take this profession we journalists love so dearly for granted. For some of us, myself included, this is the first time we’ve ever been able to hold the megaphone and try and tell stories about our communities, our lives and our people.

I certainly felt that way when I was out reporting on food swamps in East Dallas, an area with many working- and middle-class Hispanic families living average American lifestyles.

But they had questions about their neighborhood. Why is there so much unhealthy food around here? Why aren’t there more healthy options? Is anyone actually paying attention? This is what many here openly wondered when I talked to them.

As news organizations, we must be more willing now than ever to build new relationships with communities that have long been marginalized and ignored by day-to-day news coverage.

That’s how we can get them to engage with our coverage. But it all starts with a simple effort of talking to them.

I’ve heard the same thing from three different people for three different stories while reporting out in the city. They asked me what I was doing and I told them I’m a reporter for The Dallas Morning News covering a story in their neighborhood that day.

“Well, it’s about time!” they all said, as if they’d been waiting for this moment for far too long.

What that tells me and should tell those who believe in journalism’s future is that these people are here and they want to talk to us.

Obed Manuel is a Report for America corps member with the Dallas Morning News.

Some stories by Obed: