No PM Modi, India Is Not a Great Example of Sustainable Development – Yet 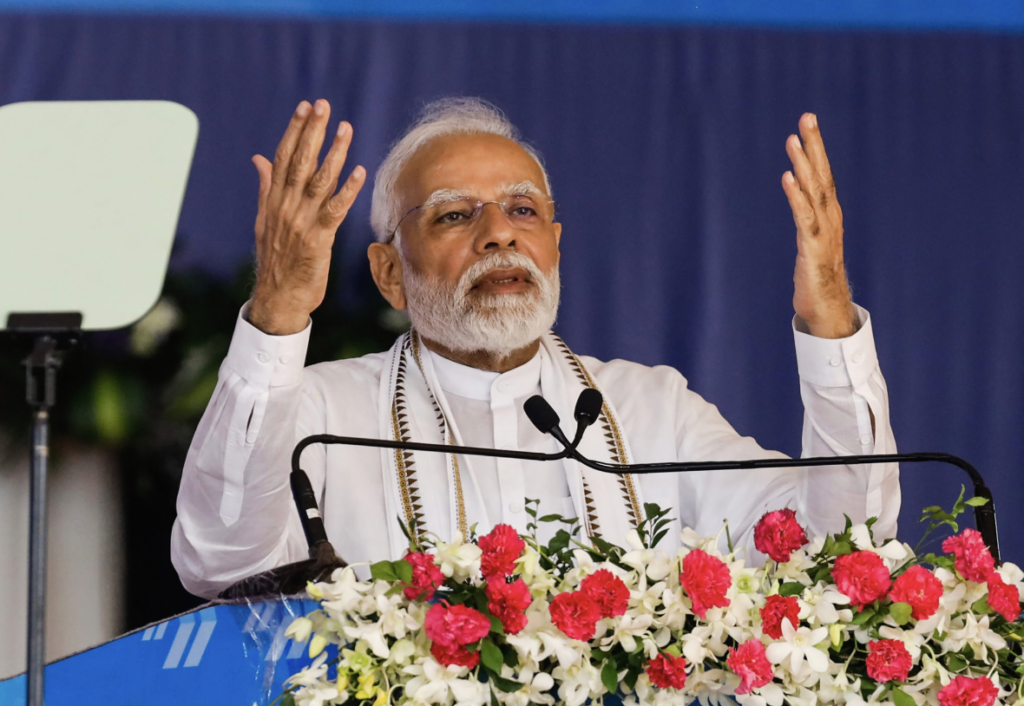 Bengaluru: Between October 2 and 8, India observed its 68th Wildlife Week to celebrate its biodiversity. Numerous organisations, state and central departments and offices undertook several activities – from face-painting competitions for children in Bhopal in Madhya Pradesh – to butterfly meets in Namdapha in Arunachal Pradesh.

On the occasion, Prime Minister Narendra Modi published a written note in which he said that people, the environment and wildlife complement each other. He claimed that it is possible to advance both the economy and environmental protection with the right laws and policies, and their better implementation.

“The progress of the nation can go together with environmental protection. India has shown this to the world.”

However, India is not really a shining example of ‘sustainable development’. Development here has come at several costs to people, wildlife and the environment – and continues to do so.

In his note, Prime Minister Modi listed several achievements the country has made with regards to wildlife conservation.

In the last eight years, he wrote, the national government has designated around 250 new protected areas. Instituting new protected areas is important: it means more legal protection for wild habitats and species. But how many of them aren’t paper tigers?

To celebrate 75 years of independence, the government added more than 20 wetlands to its list of Ramsar sites (wetlands of international importance) this year alone – all so it could bring the number of Ramsar sites in the country to 75! Many of these listed wetlands, including ones that have been Ramsar sites for some years now, still don’t have management plans for their conservation. Many of the threats they face also continue unabated. And the implementation of conservation action in existing wetlands leaves much to be desired.

The fortunes of the Dehing-Patkai National Park are emblematic of the government’s vapid renaming exercise. The government upgraded its status from ‘wildlife sanctuary’ to ‘national park’ in June 2021. But the park is part of the much larger Dehing-Patkai Elephant Reserve in Assam, where there are many conservation and environmental problems. Coal mines – both legal and illegal, by firms including the government-owned Coal India Ltd. – have cleared forests, displaced people, polluted the soil and water, and increased human-animal conflict. The authorities temporarily suspended mining in 2020 but it resumed again in March this year.

So a part of its area being designated a ‘national park’ won’t help the larger Dehing-Patkai landscape.

Such a nominal exercise brings us to the next point Prime Minister Modi made: that India’s forest cover has increased. Forest cover in India has increased according to the Forest Survey of India’s biannual reports. The latest report, published on January 13 this year and for the year 2021, also claimed that the country’s forest and tree cover had increased in two years by 2,261 sq. km. But closer scrutiny found that the report’s authors used mathematical sleight-of-hand to dress up the harsh reality: India’s forest cover is likely decreasing.

Next, and unsurprisingly, Prime Minister Modi also touched on the number of tigers in India having doubled. Per India’s last tiger census, in 2018, the estimated number of tigers went up to 2,967. More than a decade ago, as part of the so-called St. Petersburg Declaration, India had committed to doubling the number of its tigers by 2022. So Modi is proud that India achieved the target four years in advance – or did it?

There is a similar difference between older and newer tiger-counting methods. Surveyors in India have adopted better technologies and analytical methods in the last few years, and as a result are finding more tigers and avoiding double-counting and other sources of errors. Since these methods weren’t in use in previous years, newer tallies are obviously going to be higher, and are going to show a bigger jump in the stats. Instead of comparing current numbers with older ones, in fact, we may all (including tigers) be better served if the government compared the results of surveys undertaken with the same methods.

Separately, independent experts have also called for a “complete reanalysis” of India’s tiger count in light of other sources of error that the government has been reluctant to admit.

Similar issues assail the number of Asian elephants in India, to which Prime Minister Modi alluded in his note. Linear intrusions like railway lines continue to threaten elephants. Some mitigation measures are in place – like limiting train speed in elephant corridors – but again, India lags in the implementation.

Some stretches of highways that run through animal corridors haven’t adopted any mitigation measures. For example, on October 9, Assam chief minister Himanta Biswa Sarma shared a video of a speeding truck ramming into a one-horned rhino on a national highway in Haldibari, Assam, that cuts through Kaziranga National Park. Sarma then added that his government is working on a “special 32-km elevated corridor” to avoid such mishaps. Clearly, the corridor is in the future, not the present.

Prime Minister Modi highlighted how well India’s one-horned rhino population is doing. More than 80% of the world’s one-horned rhinos are found in India and Kaziranga is home to most of them. The rhino numbers here have steadily risen. Between 2018 and March 2022, they went from 2,413 to 2,613 – up 8.2% – per the park’s latest census. But this rise has come at a cost.

The park’s efforts to protect the rhinos from poachers have been controversial because rangers had been authorised to shoot-on-sight. There have also been reports of local villagers being caught in the crossfire, drawing allegations that the park is conserving rhinos at the cost of people.

This is less an indictment of Kaziranga itself and more of the contexts in which the Indian government has forced conservation to happen: on dying wetlands, sanctuaries with patches of higher protection, in the shadows of misleading statistics, and with the protection of guns.

This said, Prime Minister Modi is right in several aspects. It is possible to advance both the economy and environmental protection with the right policies and their better implementation. It is also true that in such times of “badalte parivesh” – Hindi for ‘changing environment’ – we urgently need to attend to wildlife conservation and biodiversity.

But there is reason to be cautious: the Union environment ministry has been implementing pro-industry policies and modifying existing laws and Rules to make it easier for industries and businesses to ‘pay and pollute’ – in the name of protecting the environment, which is its mandate.

Ultimately, to adapt L.P. Hartley’s adage, the future may well be a foreign country, full of promise and little else. Thanks to climate change, weather patterns are becoming more extreme, more unpredictable and affecting different peoples in more and more disparate ways. We need to go beyond dressed-up numbers, name changes and paper tigers and engage on the ground with issues of livelihood, Indigenous rights and transitions that enhance, instead of disrupt, social and economic relations. Only then will India’s development be sustainable.

The Modi government needs to back his note in letter and spirit, and implement precisely what he has written is possible.