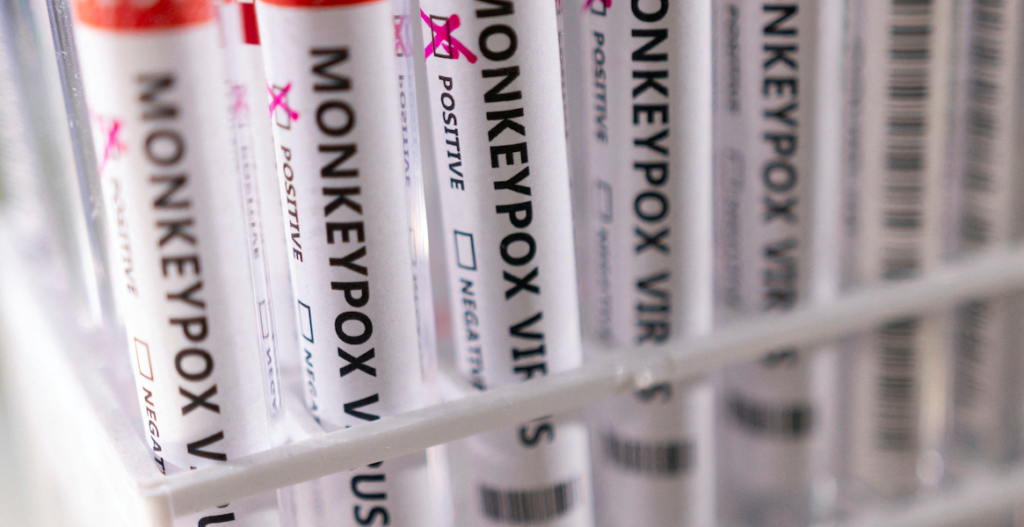 New Delhi: Twenty four days after the first case of monkeypox was confirmed during the current outbreak in the United Kingdom, the Union health ministry on May 31 issued guidelines for the diagnosis and management of the disease.

Over 30 countries in Europe, Americas, Africa and Oceania are currently reporting 600 confirmed cases of the disease. India has not reported any case till now.

Insofar as the diagnosis of the disease is concerned, a case can be considered confirmed after a two-tier investigation, the guidelines say.

First, the sample will be tested for different types of poxviruses including, cowpox, monkeypox, buffalopox and camelpox. If the specimen tests positive, then testing would be narrowed down for investigating monkeypox virus, specifically.

“All  samples have to be sent to National Institute of Virology [NIV], Pune [for confirmation] which has a biosafety level-4 lab facility,” its director Priya Abraham told The Wire.

The guidelines are silent on who to contact if a clinician recommends a test.

Indian Council of Medical Research’s additional director-general, Samiran Panda, told The Wire that the samples are currently being collected only from those travellers who are coming from countries where monkeypox cases have been reported; and also show symptoms.

If a clinician recommends a test for a suspected case or a contact, who should one approach?

Panda said, “All designated labs of Integrated Disease Surveillance Programme [IDSP]. The sample will be collected there”. Every state has one IDSP unit. Under it, various IDSP labs function. But out of 734 districts in the country, only 397 have designated IDSP labs, as of February. The IDSP is a centralised system of disease surveillance in India that functions under the Union health ministry.

RT-PCR kits – the same kits used for novel coronavirus detection – are used for testing monkeypox samples. However, the probes and primers in monkeypox kits are different and are specific to monkeypox. These are, basically, two essential tools that actually help in amplifying a specific DNA fragment that is converted from the RNA of the collected sample. On amplification, it can be known if or not the DNA fragment is related to the virus concerned – in this case the monkeypox.

The samples for monkeypox virus are different from that of SARS-CoV-2.

“The best diagnostic samples for monkeypox are from the skin lesions – the roof or fluid from vesicles and pustules [lesions filled with fluid], and dry crusts seen on the skin,” Abraham said. The lesion- roof sample is collected by scrapper and lesion fluid with an intradermal syringe.

“In addition, nasal and throat swabs can be also collected, particularly from febrile (those with fever) contacts of suspected or confirmed cases of monkeypox,” she said.

A suspected case, according to the guidelines, is one who has history of travel to one of the countries reporting monkeypox outbreak(s) within the last 21 days, presents an unexplained acute rash and has one of the following symptoms – swollen lymph nodes, fever, headache, body aches or weakness.

A case can be confirmed only through RT-PCR test or through genome sequencing.

The guidelines say that even one case is good enough for it to be considered an outbreak. All contacts of a confirmed case have to be monitored for a period of 21 days starting from the day when they met the patient last as the disease can spread asymptomatically as well.

B.K. Titanji, a virologist from Emory University, had told The Wire earlier that a long incubation period (up to 21 days) of the monkeypox virus provides it the scope of asymptomatic spread. She has been studying monkeypox outbreaks in African countries. A bigger incubation period means it would take a longer duration for the symptoms to appear after the infection.

The guidelines recommend that the patient has to be strictly isolated to prevent further spread of the virus. The isolation does not necessarily have to happen at a hospital.

The disease is mostly self-limiting and lasts for 2-4 weeks. Currently, only symptomatic treatment for rashes, ulcers, fever, itching in lesions and other symptoms have been prescribed in the guidelines. They currently do not mention the use of the smallpox-specific antiviral, tecovirimat.

Countries like the UK and the US recommend its use for monkeypox as well though the scientific data supporting its use is limited. The drug’s availability is in short supply across the globe mainly because countries never invested in its research and development as the disease was confined to the African nations.

The US has already stockpiled the drug; as it has done in the case of smallpox vaccine. The latter has proven to be 85% effective against monkeypox as well. There are reports surfacing already that countries are ordering the vaccine in large quantities just in case the outbreak worsens.

Asked if India would also be required to stockpile the vaccine, Abraham said, “This virus does not spread like SARS-CoV-2 [novel coronavirus], hence mass vaccination at this point of time may not be necessary.”  The World Health Organization has also not recommended any such campaign at scale, as of now, at least.

She also ruled out the requirement of stockpiling of tecovirimat. “Isolation of sick patients who return from monkeypox-affected countries, surveillance strategy at airports and seaports, hospital infection control measures, contact tracing, isolation and increasing public awareness are all effective ways to contain an outbreak,”  the NIV director said.

Though not a single case has been identified yet in India, or in fact, in southeast Asia, Abraham said the possibility of status quo could not be guaranteed. “With so much international travel now, cases are likely to be seen in India and Asia too.”

For common people, the guidelines have simple advice to offer, including vigilance about symptoms. Skin rashes start to appear within 1-3 days of the onset of a fever. Tongue and mouth are where they begin. Face is the next target and gradually they spread to other body parts. They also become filled with fluid.

By the end of the second week, they dry up and crust. But not everybody is prone to equal levels of skin manifestations.

Those who either have compromised immune systems or have poor nutritional status or have any other parasitic infection are at greater risk of developing skin manifestations, the guidelines say. What also becomes a deciding factor is smallpox vaccination status. Smallpox was eradicated in 1980. Until then, smallpox vaccination was done at a community level. So those who have been vaccinated against smallpox are at lesser risk of getting infected or getting a serious disease if infected.