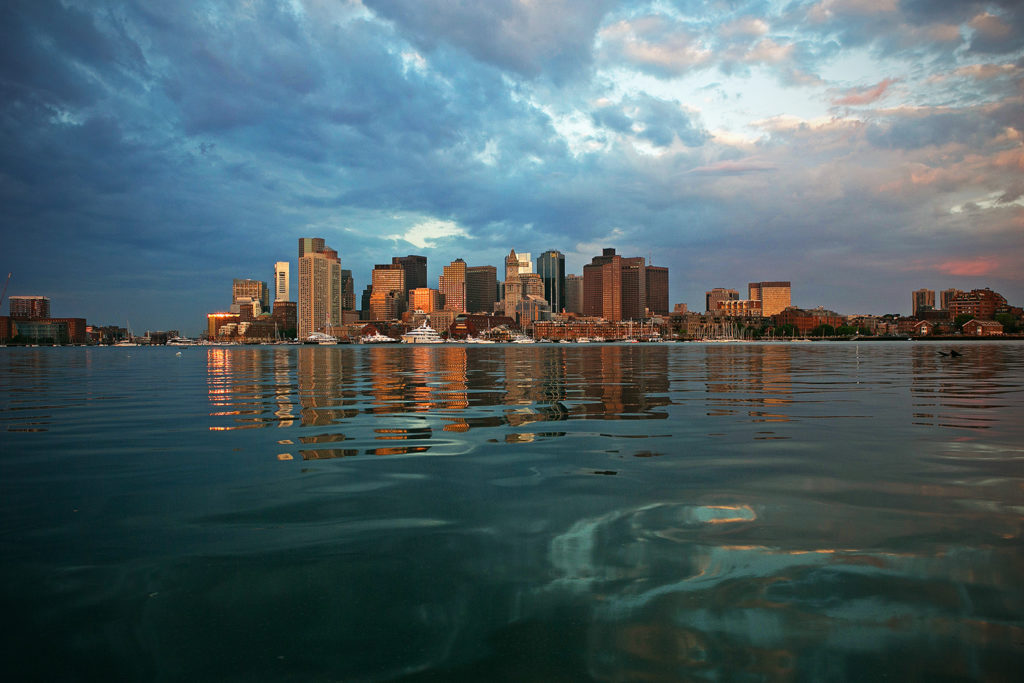 BOSTON — On Monday, The GroundTruth Project launches a new series in partnership with WGBH News and Public Radio International’s The World. Throughout the summer, these stories will explore how coastal cities are preparing for rising sea levels and the increasingly extreme weather events associated with climate change.

The first story in the series, airing on WGBH 89.7 FM on Monday, is from GroundTruth Fellow Chris Bentley, who looks at the development boom on Boston’s waterfront and how to reconcile it with rising sea level projections. He provides insight into the city’s failures to prepare for climate change, and where it’s looking for answers — including the Netherlands. As Bentley explores in the second story, a delegation of Boston political and business leaders will soon travel to the Netherlands, where he and GroundTruth Fellow Skye Moret reported this spring.

Bentley and Moret’s reporting will also take us to Jakarta, Indonesia, considered one of the most vulnerable places in the world when it comes to climate-related disaster. And yet, with one of the highest concentrations of social media users in the world, it is on the cutting edge of harnessing crowd-sourced information to facilitate disaster response, making it a model for coastal cities around the world.

This series also features photography from GroundTruth Fellows Joris van Gennip, based in Amsterdam, and Lauren Owens, based in Boston.

How to learn more

Follow the series this summer by listening on the radio or online to Morning Edition and All Things Considered on WGBH 89.7 FM, and to PRI’s The World. WGBH features the reporting on its site in “Rising Tide: Boston Underwater.” And PRI’s The World has launched the series, “Living with Rising Seas.” You can also find the series on GroundTruth’s website, and we’ll be posting updates to Twitter, Facebook, Instagram and GroundTruth’s newsletter.