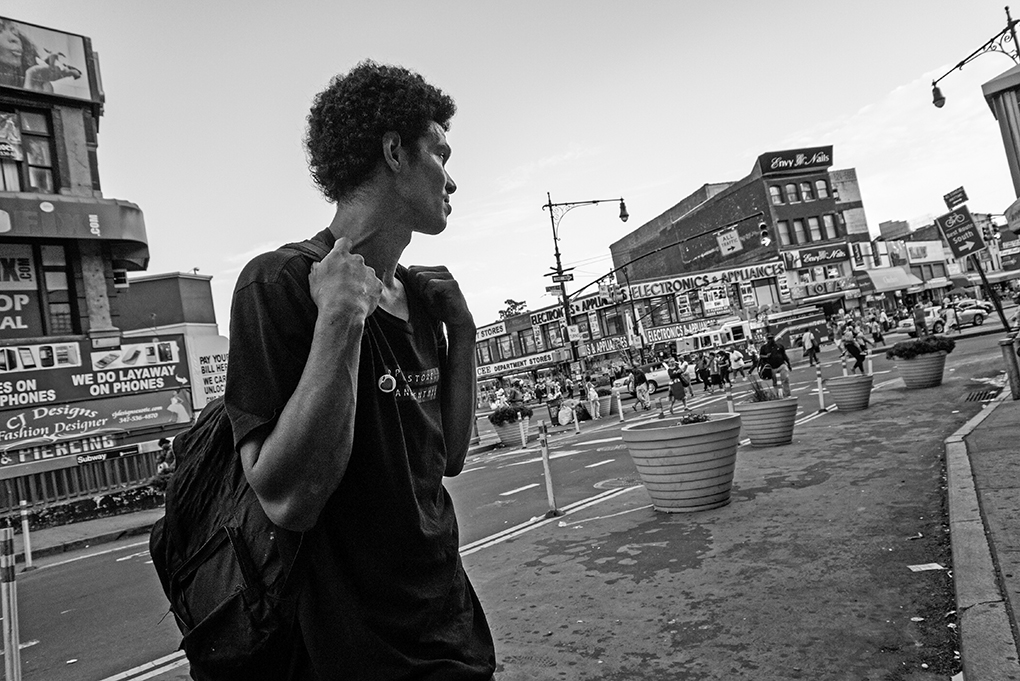 Buyers outside of the 149th street Deli in the Bronx call it “K” while others call it “Diablo” or “Jolly Green Giant.” For Carlos Santiago, 27, it was simply called K2, something he smoked to get high while trying to make a few dollars selling his wire sculptures on street corners.

Carlos originally came to the U.S. from Puerto Rico to find work in 2007, but with the advent of the economic depression he was unable to find work and eventually fell into the streets and became addicted to drugs. In the last year, he fought off his severe addictions by visiting narco freedom clinics and turned to art as a way to build constructively.

Despite progress, he turns to K2 as a last resort drug. K2, is known to be a blend of chemically sprayed herbs that can be smoked and is said to produce a high stronger than marijuana. Researchers have found that it does not contain, THC, the active chemical found in marijuana, but instead is made with a chemical called JWH-018/ JWH-073, which stimulates the brains’ cannabinoid receptors and in turn inducing a feeling of euphoria. K2 is a popular drug because it is easily accessible in stores.

According to CNN, the federal government passed a ban in July of 2012 against one strain of synthetic marijuana. Companies producing it, however, have created alternative strains. In the Bronx and throughout New York City, packets of K2 could be purchased for as little as $4.99 in delis or tobacco shops. Prices that are lower than the cost of a pack of cigarettes sold for $13.00.

K2 is sold as an incense and marked “Not for Human consumption.” The packets are decorated with images of cartoons who appear to be under the influence. One particular brand of K2 called “Geeked Up” showcases an image of Spongebob Squarepants with intense red eyes and a thick pair of eyeglasses. Unlike tobacco which restricts the age of consumers, K2 has no age restrictions and could be purchased by anyone, including our youth. One of the major concerns regarding K2 is that long-term health effects of this drug are unknown.

According to sources at CNN, studies have found that the short-term effects of K2 include a strong high, increased heart rates, loss of consciousness, paranoia, hallucinations and psychotic episodes. The long-term effects are yet to be identified. Carlos Santiago a frequent user of K2 says, “This is scary because in the end we don’t know what we are putting into our bodies.”  Carlos reports that just after a year of smoking synthetic marijuana, he suffers from severe unpredictable coughs, increase in flem, and headaches.  In addition, he explains that when he stopped smoking K2 his body entered an intense phase of withdrawal, resulting in migraines and mood swings. However, when he smokes too much K2 he faces the risk of losing consciousness.

Still these detrimental health effects  do not deter Carlos and many others  from purchasing K2.  For many living on just enough to get by, it seems reasonable to smoke something that is cheap and legal. One impassioned preacher on a New York City subway train is wary of the drug and regards it as “The new crack epidemic killing todays youth and poor.”

Carlos acknowledges the negative health effects  of K2 and comments “I am going through a lot right now, living in a shelter, not having a job. K2 is cheap and it helps me numb the struggle.

My goal is to save money and be done with all of this.” Despite not wanting to use this drug, Carlos sees it as one of the only options he has in coping with poverty and homelessness. This cheap and accessible drug may have larger implications than one may realize.

A homeless man prepares to roll up a joint of k2 on the floor of a subway platform.

A homeless couple shares a k2 joint in the Lower East side in New York City.

A K2 user checks her phone after sharing a joint with a few friends on 150th street in Harlem.

Two friends share a joint of K2 while sitting on church steps at 150th street in Harlem.

Carlos Santiago, 27 who lives in the Bronx has fought off his severe addictions by visiting Narco Freedom clinics and turned to art as a way to rebuild his life. Despite progress, he turns to K2 as a last resort drug as many other homeless people smoke K2 joints on the streets of Harlem and the Bronx. Carlos smoked K2 while talking to a friend on the phone in the Bronx.

Carlos rides the subway with his sculptures and shares a tattoo of his mother’s name “Nilda.”

Carlos works on a wire sculpture in his room in a Bronx homeless shelter.

Carlos sells his sculptures, constructed of wire and bondo. Carlos said, ” They are a form of making money and entertaining myself at night.”

Carlos purchases a bag of K2 from a Deli on 154th St. and Courttland Avenue. Packets of K2, decorated with cartoons, hang on hooks behind the counter of the deli.

Carlos experiences a severe headache after going without K2 for a few hours.

Carlos’s cart full of artwork is left alone for a quick k2 smoke session. Carlos sell his art in front of a popular food truck near Harlem Hospital.

Carlos awaited for the train in the far end of the 149th St and 3rd Avenue station.

Carlos was mugged at his shelter and waited for treatment outside of the Harlem Hospital emergency room on a cold winter night.

Carlos meets with a triage nurse at Harlem Hospital after being assaulted at his shelter. The hospital found he had a fractured cheekbone and heavily bruised nose.

Photographer’s Note: My experience working with Carlos taught me that there are stories everywhere and making a good story is about engaging and connecting with people. When I first started this project, I didn’t plan to make a story about drug addiction, instead I planned to profile a street artist.  I originally met Carlos while he was selling his wire sculptures in the Bronx. I approached him and asked about his work. I told him that I thought it was interesting to see wire figures held together with car bondo.

After a few minutes, I offered to photograph him and his work, with the purpose of doing an artist profile. He agreed and I spent the rest of the day with him. It wasn’t until later that day,that I noticed he was smoking K2 and getting high. Nevertheless, I continued to photograph him while respecting his privacy.

We eventually established a relationship and he opened up to me and spoke about his past drug problems and his current concerns with K2. His story was unfolding and he wanted me to be there to tell his story. This experience allowed me to uncover a much deeper story in a much more discerning topic.