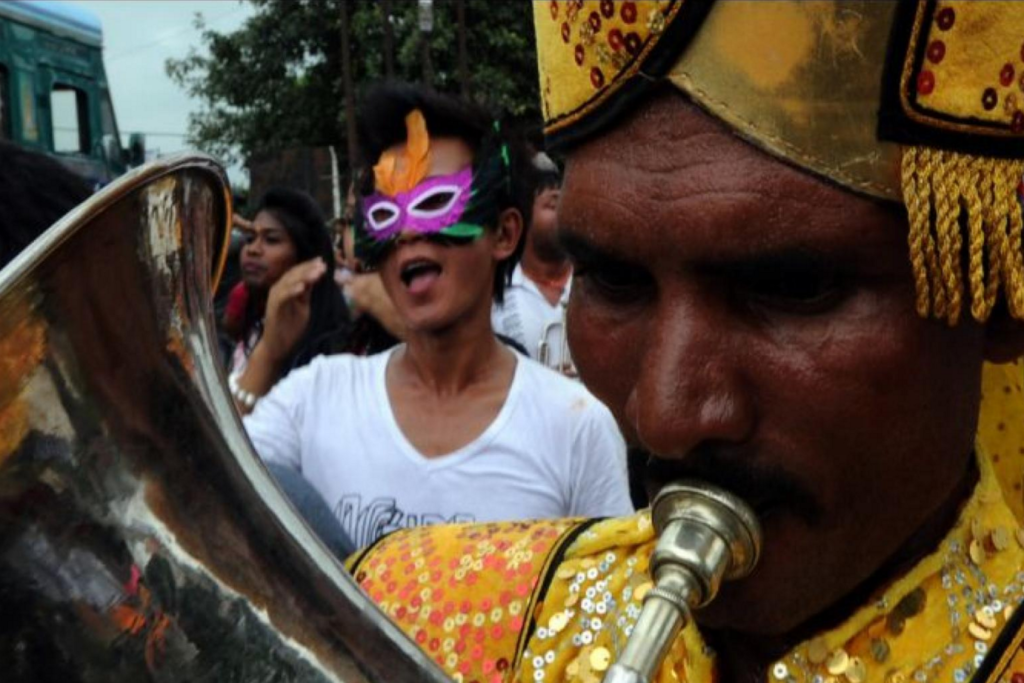 KATHMANDU, Nepal — In the quiet courtyard of Dechenling Garden, a Bhutanese restaurant on the fringes of the capital’s bustling backpacker ghetto, Nepal’s first openly gay member of parliament sips on a lime soda during a short break in his busy political schedule.

His name is Sunil Babu Pant. A young, maverick politician with dark, wavy hair and a close-trimmed goatee, Pant has already emerged as a leader reminiscent of Harvey Milk in his San Francisco heyday, pushing tiny, conservative Nepal into the forefront of the battle for gay rights.

“Nepal is going through tremendous transformation — politically, socially, economically, legally — so a lot of communities who had no space or voice before have emerged,” Pant told GlobalPost.

Thanks, unexpectedly, to a Maoist rebellion and subsequent decade-long civil war, Pant and other activists have already made some big strides — and they’re inching closer to making Nepal the first Asian country to legalize gay marriage. But the struggle for the rights of sexual minorities is intensifying here as lawmakers haggle over a new constitution nearly five years after the peace deal that transformed the tiny Himalayan kingdom into a democratic republic in 2007. On one side is a patchwork coalition that supports a more progressive platform, including gay rights, and on the other is a conservative alignment that believes gay marriage would threaten the religious fabric of Nepal’s traditional Hindu society.

“A strong attack is going on against Hindu culture, Hindu religion and Hindu society,” said Shankar Pandey, a former legislator and central coordinator of National Religion Awareness Campaign, which urges its followers to adhere to the Hindu way of life. Like many conservatives, Pandey believes that homosexuality is an affront to the country’s Hindu heritage.

Strangely, the new social and political space for sexual minorities has sprouted from the seeds of Nepal’s attempted Maoist revolution. The Maoists — guerilla fighters who draw their support from the rural poor — were hardly liberals when it came to sexuality. Still, their hard-fought insurgency shook the establishment enough that no one political party has been able to achieve a clear majority in post-war elections, and that has increased the power and influence of small parties and tightly knit constituencies.

But after Nepal’s major political parties reached a pivotal agreement to demobilize the former soldiers of the Maoist army Nov. 1 — paving the way for the drafting of a new constitution — it’s not yet clear if all of those groups will be able to capitalize on those gains as the period of political turmoil comes to an end.

“It is not liberality, it is just unruliness,” said Pandey. “When there are no rules, no system set, whatever the environment or pressure groups want is what goes.”

In Pandey’s view, Pant’s entry to the legislature is a perfect example.

The founder of a non-profit advocacy group called the Blue Diamond Society and a gay-oriented travel agency called Pink Mountain Travel & Tours, Pant worked for the rights of gays, lesbians and other sexual minorities at the grassroots level for 11 years before entering electoral politics.

But when rules favoring Nepal’s long-established political parties — and the conservative elites of Kathmandu — were suspended for the post-war Constituent Assembly elections, Pant saw a window of opportunity. For the first time, as a concession to the Maoist argument that past elections had not addressed Nepal’s ethnic diversity and vast economic inequalities, more than half of the 601 legislators would be chosen through “proportional representation” — which allots seats to parties based on the proportion of votes they receive rather than granting seats only to candidates who win a plurality in their constituencies. Suddenly, there would be a host of new players.

“During the Constituent Assembly election we thought it was a good opportunity to lobby the political parties,” Pant said. “We went from party office to party office and said we are a significant population, and if you include our cause in your party manifesto we can vote for your candidates. We took it lightly, just hoping that they would buy that idea.”

To Pant’s surprise, not only did the Maoist party take him seriously — it led the way in adopting resolutions related to gay rights. Meanwhile, the tiny Communist Party of Nepal-Unified (CPN-U), unrelated to the Maoists, asked him to stand for election himself.

“We had no expectations, no resources, no experience, nothing,” he said.

The CPN-U didn’t win an assembly seat in the formal election, but the party won enough votes to earn five seats under the rules for proportional representation. And because the party had carefully monitored the districts where it had done well, the tireless work of Pant’s team of gay rights activists paid off. The party rewarded him by allotting him a seat in the new assembly.

As it turned out, the CPN-U’s most votes came “exactly from those 15 districts where Blue Diamond Society has branches and we did the election campaign,” Pant said, explaining his success.

Pant and other activists have already accomplished a great deal for Nepal’s sexual minorities —people who identify themselves as gay, lesbian, transgender and intersex (those born with physical characteristics of both genders). With the conservatives’ cherished rules in flux, the gay rights lobby succeeded in convincing Nepal’s Supreme Court to instruct the new government to repeal age-old laws that made homosexuality a crime in 2007. A year later, the court directed legislators to draft new laws guaranteeing equal rights for sexual minorities and convene a committee to consider the implications of legalizing gay marriage in the new constitution. And this year, the Central Bureau of Statistics officially allowed transgender and intersex citizens to classify themselves as “third gender” for the purposes of the census.

“Previously, people thought [homosexuality] was an unnatural condition,” said 25-year-old Durga, a student activist at Tribhuvan University. “But after 2007, people are changing. Now they are able to accept people from the LGBTI community in their villages and even in their families.”

But despite progressive court rulings and nascent social transformation, homosexuals and transgenders continue to face discrimination and harassment. Even in Kathmandu, which thanks to higher incomes and the thriving tourist industry is Nepal’s most cosmopolitan city, the absence of any real gay scene compels many young men to cruise the local Ratna Park for sexual partners. That leaves them vulnerable to police persecution. And though the police deny the charge, gay activists allege that the authorities have also recently begun “investigating” young men staying together in local hotels, according to Roshan Mahato, the 29-year-old president of the Nepal Sexual and Gender Minorities Student Forum.

“We only take action when these people are seen [engaging in sexual activity] in a public place. If they are doing anything openly,” said Nepal police spokesman Binod Singh. “Otherwise, the police doesn’t interfere in their personal activities.”

The threat that this essentially conservative, traditional society will backslide on its reforms remains ever present, especially with a new constitution slated to take shape over the next few months. The issue of demobilizing the Maoist army settled, negotiations will now focus on the structure of a new, federalist government. As a result, loyalties will likely solidify around ethnic and regional identities, perhaps robbing smaller minority groups of the influence they have enjoyed during the interim. It is also unlikely the new system will incorporate as much proportional representation as the interim elections.

Even during the negotiations for the new constitution, some roadblocks have have emerged to the Supreme Court’s progressive instructions on equal rights for sexual minorities.

In June, for instance, Nepal burst onto the radar of the world’s gay community when an American lesbian couple was married in a Hindu ceremony that Pant’s Pink Mountain travel agency helped to organize at a local temple. But that same month, the Ministry of Law and Justice submitted an updated penal code that specifically limited marriages to unions between a man and a woman and again defined homosexual acts as “unnatural sex offenses.” Similarly, in July, the Ministry of Foreign Affairs refused to issue a passport to a transgender person, citing a limitation of their software system.

Pant says that despite those bumps in the road, Nepal will not reverse gears. Several legislators immediately objected to the law ministry’s proposed recriminalization of homosexuality. Pant believes that indicates the political parties that he convinced to include rights for sexual minorities in their manifestos before the Constituent Assembly elections in 2008 will stay the course in 2012. Moreover, even the National Religion Awareness Campaign’s Pandey agrees that sexual minorities’ rights should be protected. And he says his insistence that marriage should not be considered among those rights cost him his position with the Nepali Congress.

“We believe everyone must have the right of protection. But where the word of marriage is concerned, that is different,” said Pandey. “Hindus believe marriage is only for procreation, not just for relation. Marriage is for the production or creation. Where there is no creation possible, there marriage cannot be imagined.”

Pant insists that narrow vision of Hinduism — which has no definitive text like the Bible or the Koran — radically oversimplifies the relationship that the religion, and Nepal, have had with sexuality for centuries. During Gaijatra, for instance, young men dress as women as part of a religious procession. Similarly, the Lakhe dance, performed during Indrajatra by masked dancers wearing lavish hairdos and colorful frocks, is “very much a reflection of gender non-conformity.”

The young legislator is trying to prove that with his travel agency, Pink Mountain. Following the successful public relations effort of Nepal’s first lesbian wedding — which generated headlines around the world in June — Pant aims to bring thousands of gay, lesbian and transgender travelers to Nepal by promoting the country as a gay-friendly tourist destination.

Pink Mountain offers a weeklong wedding and honeymoon package — Hindu or Buddhist — for around $10,000, as well as opportunities to do volunteer work related to sexual minorities. And this summer Pant’s travel agency endeavored to turn Gaijatra, a traditional Nepali Hindu holiday that involves cross dressing, into “Gay Jatra” — an international gay pride event on Aug. 14.  Tourist turnout wasn’t so hot, as it happened, but more than 500 local gays and lesbians danced and chanted slogans in Narayanghat, a town about 160 kilometers south of Kathmandu, local press reported, noting that this was the first time that a large number of gay activists have demonstrated for their rights outside the capital.

“He completely screwed our annual Gaijatra festival, which he turned into Gay Jatra.  It’s actually a festival devoted to families who’ve lost their near and dear ones over the past year,” said Kunal Tej Bir Lama, a local restaurateur from the gay community. “But it turned into a spectacle of very badly overdressed drag queens.”

Lama worries that Pant’s public relations campaigns — while they generate headlines and support from the plethora of international non-profit organizations based in Kathmandu — have made the LGBTI community seem more radical and more exotic than necessary.

“Because of his actions and campaigns, yes, a lot of people are aware of who the gay people are and what they do, but a lot of them also have very, very, very skewed perception of the whole thing,” said Lama said. “They think that most of us are just guys who dress up as girls, who put on a lot of heavy makeup, bad fashion, and basically work as prostitutes.” 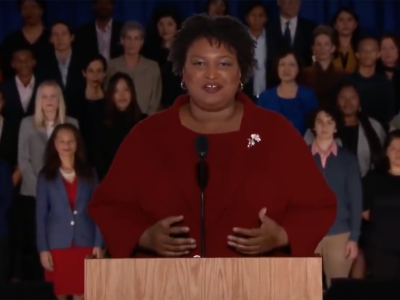