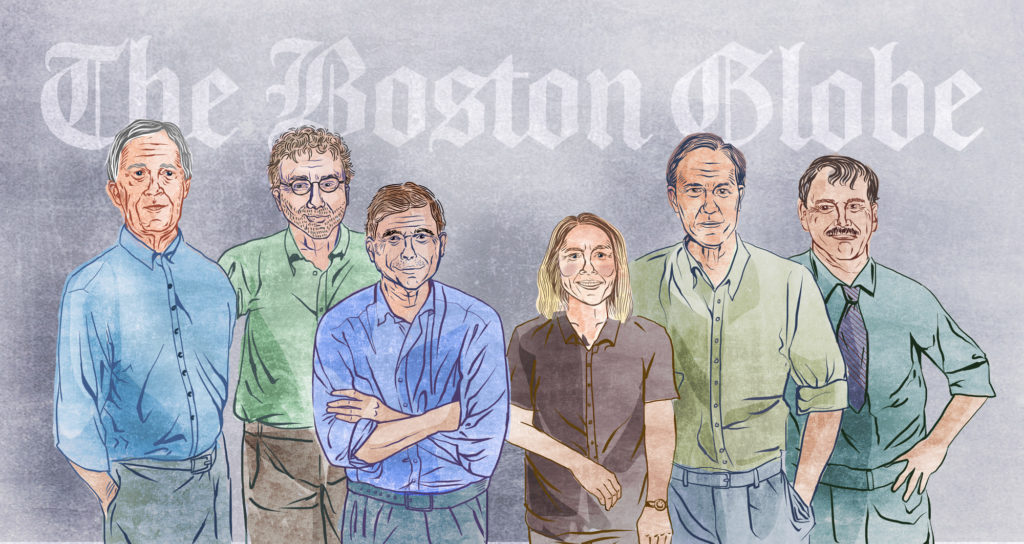 The Boston Globe’s original investigative team, depicted by the 2015 Academy Award-winning film, “Spotlight,” reflect on their careers and give tips to young journos who hope to produce powerful, groundbreaking stories:

1) Ask more questions than you think you need to.

“Don’t stop when you think you have enough – the more questions you ask, the deeper you get into it … The 10th question in, you may find that really interesting fact that becomes the lead to your story or to another story.”

“There’s a lot of reporting now where people are just asking for a comment. They’re not really asking questions. It’s done by email, which is a terrible way of reporting, in my view … People ought to have face-to-face or telephone encounters with the people they are talking to – keep asking questions, listen to the answers and ask follow-up questions.”

“Make sure that you’re scouring every aspect of a story that you can think of … Too many people are going into the field now thinking they already know what the story is when they start writing. While you always start with a hypothesis, you always have to be willing to adjust that hypothesis if it turns out your reporting shows that you need to.”

“Go talk to people. We don’t do enough of that. If you get on the subway and go to a community where inequality issues are paramount and just start to talk to people about what’s going on in their lives, you’ll find lots of stories. Some are investigative stories, because you’ll find that the issues they’re having are systemic.”

4) Don’t make assumptions about your sources.

“Even when you assume someone won’t be willing to talk with you, always make that phone call or, even better, knock on that door. Because it’s often the persistent, tenacious reporter who goes that extra step who gets the interview.”

“Just because someone seems to be a crank doesn’t mean they don’t have important information … In Spotlight, the attorney, Mr. Garabedian, was a very difficult person to deal with. No one had ever really heard of him – he had a very small practice. Turned out, he had all the goods, he had the documents that proved there was a cover-up of clergy sex abuses in the Boston Archdiocese … Sometimes, people seem like they’re crazy – and sometimes they are crazy – but sometimes, they’ve been driven crazy by a great injustice. And it’s important to try to learn how to make that distinction.”

“Subordinate your ego and work well with others if you’re on a team. It’s really hard when you’re a journalist to do that. But if you can do it, you’ll get better results.”

“Never give up. By that I mean, never take no for an answer. When people say, ‘you can’t have certain documents,’ ask them ‘why not?’ Call them back again. Call someone else. Call their superiors. Keep pushing the system for ways to get what you need to do your job. Just never give up.”