The myth of the Muslim monolith 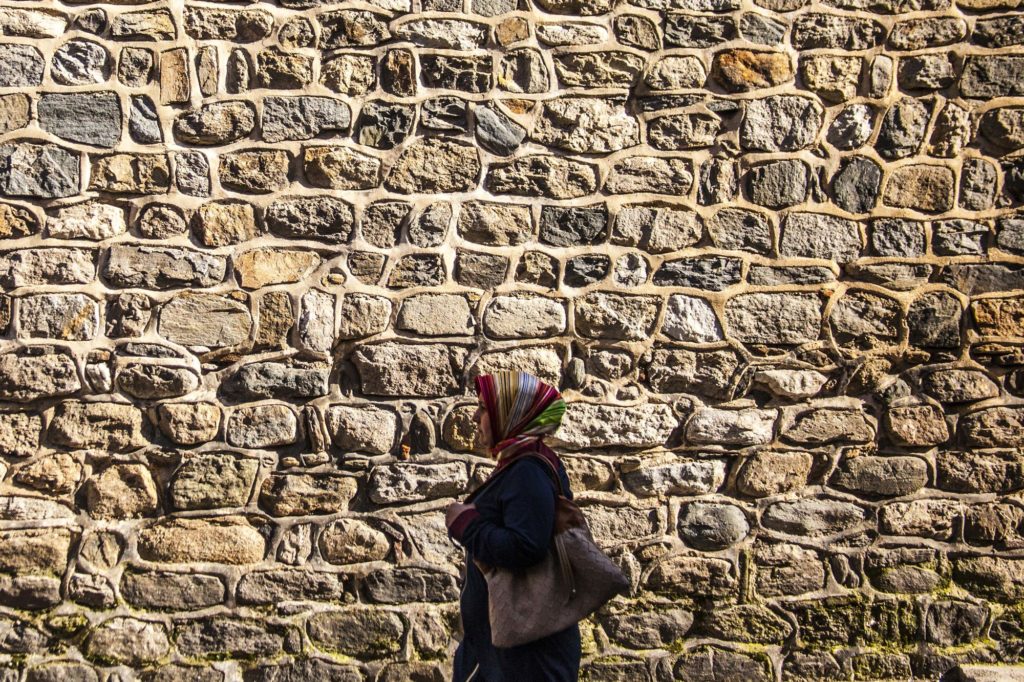 SEVLIEVO, Bulgaria — Journalism is about summarizing and simplifying events. The upside is helping people understand a complicated world. The downside is that we forget the complications behind what’s happening.

In these years, when Islam has primarily been in the news because of acts of terror committed in its name, we have lost sight of the fact that the Muslim community — some 1.7 billion people comprising 23 percent of the world’s population — is not a monolith.

A recent meeting of Muslim community workers from a dozen cities in 5 countries held in Sevlievo, Bulgaria, proved the point.

The meeting took place three days after a jihadi drove into crowds on London’s Westminster Bridge, then stabbed a policeman to death inside the grounds of Parliament. Seven people were killed.

Those at the meeting expressed disdain for the perpetrator, Khalid Masood. “Another convert,” noted Jawad Amin from Manchester. Others nodded. Most of Britain’s jihadist terrorist atrocities committed have been carried out by converts to the religion. They are men with a history of violence who are attracted to radical preachers who provide a gloss of religion for their extreme behavior.

No state of emergency was declared in Britain. Squadrons of police were not sent into predominantly-Muslim neighborhoods in London’s East End. Life pretty much carried on as usual.

Not a great deal of time was spent discussing the incident at Sevlievo, a small town between the highest mountain in the Balkans and the beaches of the Black Sea. The group had more important things to discuss. Muslim community workers from 11 cities around Europe — as well as Tripoli, Lebanon — were there to plan the creation of GAME: the Global Alliance for the Marginalized and Equity.

GAME is the brainchild of University of Massachusetts Professor Padraig O’Malley, veteran peace and reconciliation bridge-builder who has worked in Northern Ireland, South Africa and Israel/Palestine.

O’Malley’s idea is simple to “summarize”: build a transnational network that gives young Muslims a sense of belonging to something beyond their own narrow neighborhoods. But it’s complicated to execute.

From the opening session, it was clear that there were as many differences as similarities in the Muslim experience in Europe.

The representatives from Bosnia and Kosovo live in Muslim-majority countries, but they are still in post-conflict situations. Representatives from Paris and Brussels were isolated in ghettos with a nonstop, heavy police presence.

Yet in other cities, like London, Manchester, Berlin and Rome, Muslim communities are into their third generation. The process of integration is well under way. The problems young people face in those cities are inter-generational. The kids are constantly butting up against parents’ more traditional views of what is appropriate behavior.

“We face a lot of generational issues,” noted Nadia Bouzekri from Rome.

Ali Moustatine, from Belgium, shrugged at that. “We are living under siege in Brussels.”

One community worker from Sarajevo wondered about how Muslim LGBT youth would be represented in GAME. A delegate from Berlin asked whether the project would be a form of self-segregation, and if GAME could include non-Muslims, since so many of the kids spend time with non-Muslims who are on the same low rung of the socio-economic ladder.

A firm “no” was the answer from Moustatine, who’s from the Molenbeek neighborhood of Brussels. GAME had to be about Muslim youth. Molenbeek is Europe’s epicenter of Muslim marginalization, and Moustatine’s interest in starting a movement was to help Muslim youth exclusively. There were plenty of other projects built around class-based socio-economic marginalization, he pointed out.

When it came to fist-bumping respect, it was Moustatine and the others from Brussels and Paris who got the most. Since the November 2015 attacks in Paris and the March 2016 attacks in Brussels, the Francophone crew essentially live under occupation. Molenbeek and Paris banlieus, like Bobigny and St. Denis, have been portrayed as seething with jihadist activity. 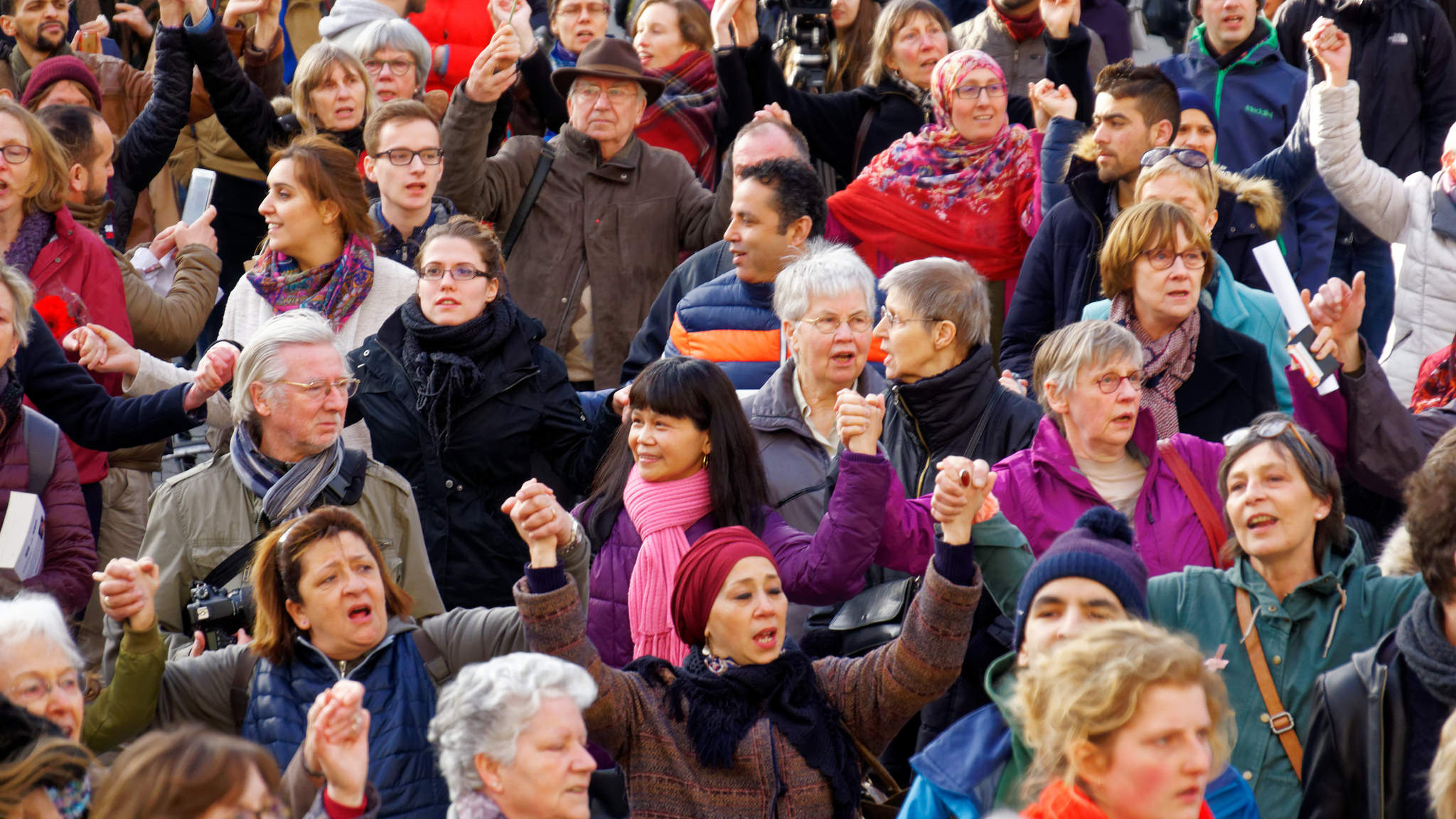 The mayor of Brussels, Françoise Schepman, recently imposed a curfew on Molenbeek. No gathering of more than three people is allowed on the street between 9 p.m. and 5 a.m. A month before we gathered in Bulgaria, a policeman went on trial for raping a community worker in Bobigny with a police baton. A peaceful protest outside the courthouse turned into a riot amid charges of heavy-handed policing.

“Imagination workers” and experienced conflict resolution team leaders were listening to the opening session intently. They were in Sevlievo to help the community workers create a project for the GAME participants.

A total of around 50 people in all were at the meeting. Getting them to agree on a plan in 48 hours was not a small task.

Reforming Muslim portrayals in the media

GAME’s premise is bringing marginalized Muslim youths from these 12 places — six per city — to the Stone and Compass cultural retreat at Stolat, a rural hamlet, in October. The goal is to have them set up an ongoing project the participants can all continue to work on from their communities when they leave Bulgaria.

We live in the age of the internet, “alhamdulillah.” Instant communication across borders is possible. There was a spontaneous agreement that the project should coalesce around a website, curated by the GAME youth.

What kind of website? A news and information site with two purposes: first, to provide information of interest to young Muslims regardless of what country they live in; second, to seize back the narrative about Muslim communities from outside media.

The second purpose is hugely important. Every time there is an outrage perpetrated in the name of Islam, the secondary victims are Muslims themselves. The community endures days and weeks of negative news coverage. The hope is the site could grow into an established information source for non-Muslim journalists. It would be a way of “seizing back the narrative about Muslims.”

Fabien Truong, sociologist and professor at the University of Paris, noted that a news website is not an entirely original idea. He explained that during the riots in Paris suburbs back in 2005, a group of kids trapped inside the police siege began blogging and became information sources for some Swiss journalists on the other side of police lines. When the riots ended the bloggers were encouraged to continue their reporting. They now publish the Bondy Blog in connection with French newspaper Liberation.

Setting up a hard news site is not the intention of the GAME project. The site would be more feature-oriented.

Some really clever ideas were brought up by the Imagination team. Nadia Bouzoukri suggested a regular fashion report called, “I Have Nothing to Wear,” which would be about the tension between parents who want their daughters to dress in a modest way — and the young women who want to be stylish when they go out.

“Muslim Like Me?” would be a column devoted to the experience of being Muslim in different countries.

But nothing was written in stone. The site’s content will ultimately be determined by the youthful GAME participants themselves when they meet in October in Stolat.

It will be interesting to watch these young Muslims figure out a way to tell the world, “We are all one, but we are not the same.”