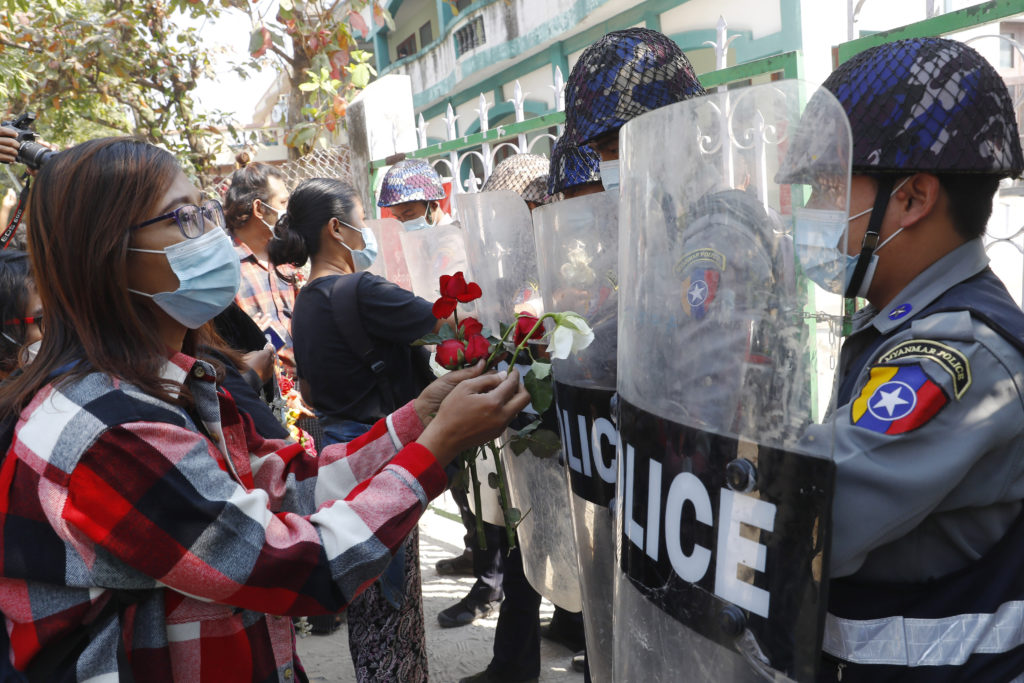 Myanmar’s path toward democracy has taken a detour, circling back into the clutches of the military. Or, as some might argue, the military never really let go of its hold over the country and that became tragically apparent this week.

But there are sounds of resistance. The sounds come in the form of banging pots and pans at 8:00 p.m. every night which can be heard throughout the city of Yangon, according to a former GroundTruth reporting fellow there who is keeping us up to date. The banging is a traditional symbol of resistance in Myanmar and many other places that have experienced massive popular protests from Colombia to Northern Ireland and in between.

Nine years ago, The GroundTruth Project had a rare opportunity to take a journey through Myanmar, formerly known as Burma. It was turning the corner on democratic reforms and its leader, Daw Aung San Suu Kyi, who won the Nobel Prize for her resistance to the authoritarian regime under 15 years of house arrest, had been recently freed and was just consolidating her political power.

But now Daw Suu, as she is known, is once again detained, sitting in prison on trumped up charges after being arrested with other opposition leaders, journalists and intellectuals who challenged military rule.

On our journey through Myanmar, GroundTruth teamed up with the Open Hands Initiative to send a team of 20 reporters, 11 local journalists and nine Americans on a journey along the ancient Burma Road to chronicle the changes the country was experiencing after its transition to democracy.

The result, our special report “A Burmese Journey” looked at the influence of China, the recovery from a deadly hurricane and the immediate challenges the government faced in the context of the country’s tumultuous history.

As I mentioned during a conversation in Boston Public Radio this week, Suu Kyi’s reforms, intended to weaken the power of the military, were too timid. Her gambit to slowly solidify democracy took too long, and her failure to stop the killing of thousands of Rohingya, a Muslim ethnic minority, deprived her of the international allies that once supported her.

One aspect that has gone largely unnoticed in the recent coverage is that even under the tepid democratic steps taken by Suu Kyi, freedom of the press was constantly under attack. Reuters journalists Wa Lone and Kyaw Soe Oo spent more than 500 days in jail for reporting on the Army’s role in the massacre of the Rohingya, while disinformation was allowed to run rampant on social media.

As we are starting to see in the United States, democracy can’t survive without a free and fearless press. As Myanmar returns to full military rule, we need to keep working together with a wide circle of organizations all focused on press freedom and push back as hard as we collectively can against the attempts to silence truth. That includes right here in the U.S. Doing so, while supporting our local journalistic institutions, will deprive the enemies of democracy of one of their biggest weapons: the ability to lie without consequence.

Read our previous reporting in Myanmar