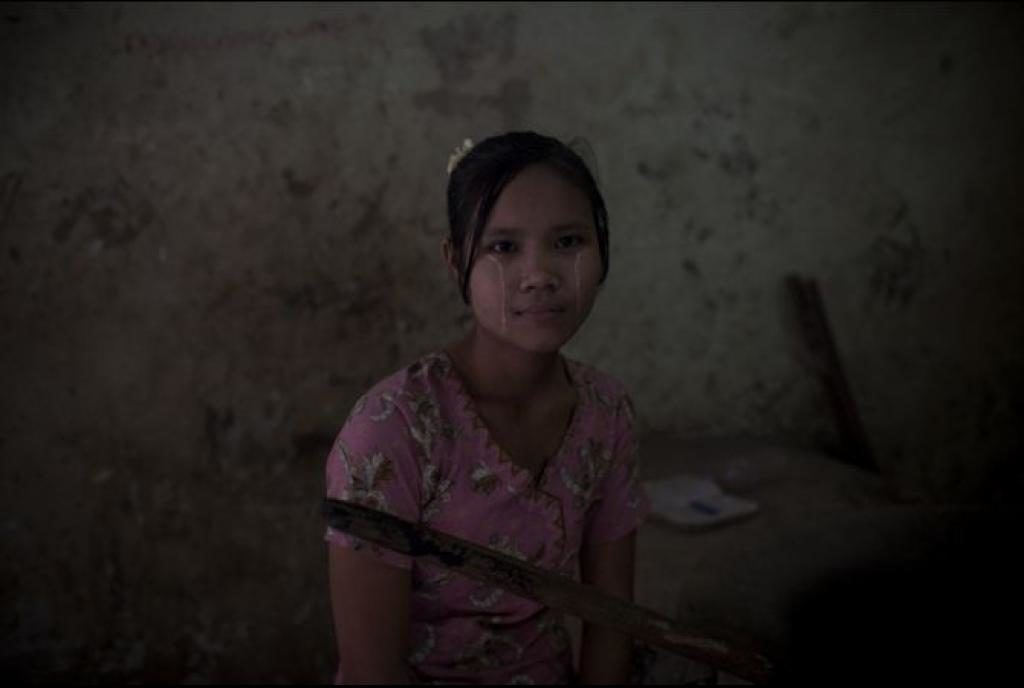 In an industrial zone on the outskirts of Yangon, Myanmar, textile workers stage a strike for higher wages outside the South Korean-owned clothing factory where they work. The workers, who are mostly women aged 17-25, work twelve hour shifts, six days a week for little over $2 a day. - (Samuel James / GlobalPost)

Women affected by decades of conflict in eastern Myanmar (also known as Burma) face a “widespread public health emergency,” according to a recent report by Ibis Reproductive Health. The conflict and lack of adequate health facilities and workers has led to high rates of maternal mortality and unsafe abortion.

As part of a series on women’s rights in Myanmar, GlobalPost talks to Dr. Angel Foster of Ibis Reproductive Health and the University of Ottawa, on how the conflict affects women’s health, the impact of reform on health care and what needs to happen next.

Hanna Ingber: Why is there almost a total lack of health care infrastructure in much of eastern Burma?

Angel Foster: There are a number of things that have contributed to what’s happening in eastern Burma. There certainly has been a low investment by the Burmese government in health facilities in eastern Burma for decades. There is limited infrastructure in terms of the health system; there are very few highly trained health service professionals; and there is an insufficient and inconsistent supply of medications and health-related goods that are coming into that area.

HI: In how much of eastern Burma has the government stopped providing health care altogether because of conflict?

AF: What we’ve seen on the reproductive health side is that there have been a number of nongovernmental organizations and humanitarian relief organizations that have been providing care because government facilities have been so poorly resourced in that area. One thing that’s been very hard is we have really poor information about what’s happening in eastern Burma, in terms of statistics and data from the national government. For a long period of time even those reports on reproductive health that were coming from UN agencies would exclude eastern Burma because there was no access.

HI: Numerous groups representing ethnic women have come out with reports about sexual violence by the army over the years. For women who are survivors of sexual violence, what are their options for receiving health care, counseling and assistance?

AF: At a first stage, there’s a real lack of avenues for women who are the survivors of sexual violence to be able to gain official support. We also know that women in eastern Burma and women in Thailand lack access to some of the frontline treatments that we give survivors of sexual assault — specifically, timely access to emergency contraception. Here is a method by which women could potentially prevent pregnancy after an assault, which many women are denied.

HI: How would you describe healthcare in non-conflict areas of Burma?

AF: There has been relatively low investment in health infrastructure and resources all over Burma for a long time. There are certainly those who have written books and books and books about why it is that resources have been siphoned off into other efforts and not invested in social programs. Having said that, there are medical schools with highly trained physicians, there are highly trained nurses and professional midwives; there are cadres of health service professionals who are in Burma, and people who have trained in Burma and have since left, but who potentially seem interested in returning and being part of a constructive effort in this new phase in Burma’s history. I think there are resources that have yet to be fully tapped that have a lot of potential to improve services. So I think that is, in some ways, quite promising.

HI: Has the political reform in Burma trickled down in any way to help improve health conditions in eastern Burma?

AF: I would say not yet, and that’s not necessarily surprising. There is certainly optimism and people are excited about what might be happening. But I don’t think that there has been a real impact yet in terms of health systems.

HI: Now that the government is opening up and there is optimism, what are the things that need to start changing?

AF: One of the things that I hope happens over the next months and years, as this opening and reform and new funding streams come into Burma, is that health and reproductive health remain a priority. It’s easy for health to get overlooked when there’s excitement about new democratization efforts and political participation, and sometimes social services, including health, fall to the wayside. As opportunities for political participation, for education, for other kinds of openings become present, it’s important that women be fully autonomous actors in these processes. And that’s hard to do if you can’t control your fertility. When maternal mortality remains high, when women have more children than they are able to care for or than they want, it is very difficult for women to take advantage of political, education or employment opportunities when they become available. My fear is that with all the enthusiasm in Burma right now, this may become a secondary issue, when I see it really intimately tied to what happens in the next few years in terms of women’s involvement in meaningful, full participation in these efforts.