ON THE GROUND IN LEXINGTON, KY 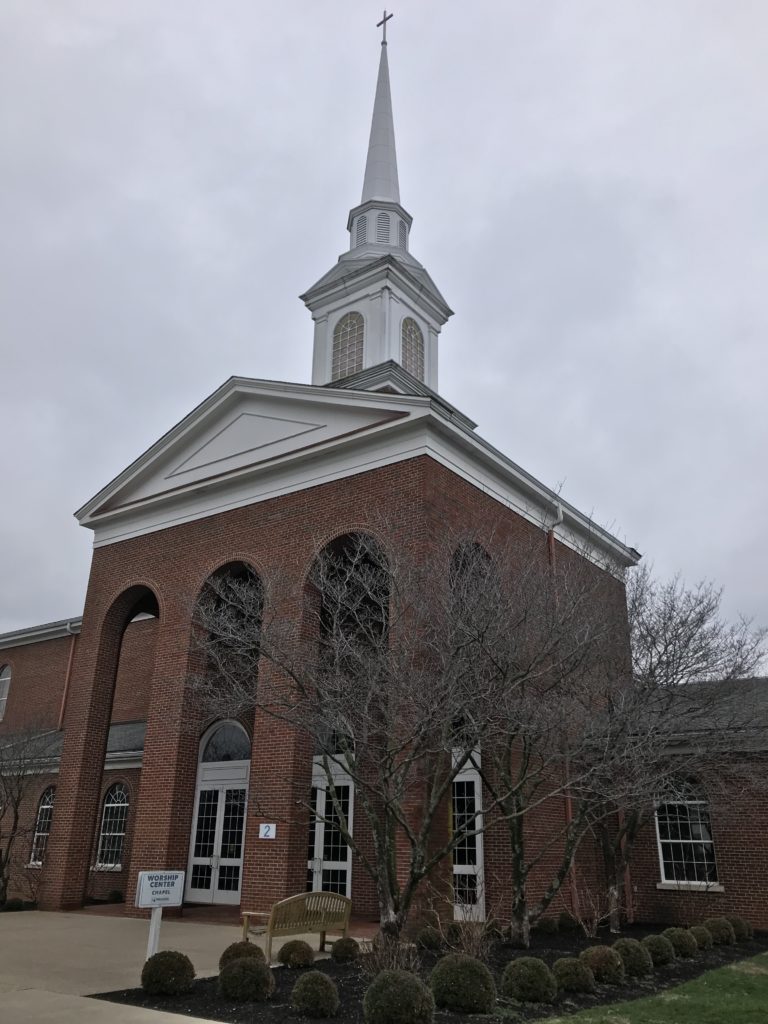 LEXINGTON, KY — It was early evening in late August and former Kentucky Gov. Matt Bevin was talking into a microphone on a stage in the youth sanctuary at Immanuel Baptist Church in Lexington. He had arrived late, and was wearing the same black suit and blue tie he’d worn earlier that day to escort President Donald Trump around Louisville. He was telling church and community members why they should foster and adopt children.

“It isn’t the role of government to raise kids,” Bevin told the crowd. “You’re the solution. This is what it looks like to be the hands and feet of Christ.”

The event, including Bevin’s portion, toggled back and forth between a church service and a government public service announcement – a commingling that I grew up around, as a native Kentuckian. Here, it is natural for state and local leaders to wear their Christianity as a badge of honor, and cite it as a decision-making influence.

My upbringing was so steeped in Christianity it was hard to imagine an alternative. At one of my first legislative committee meetings in the Kentucky state house as a reporter with the Lexington Herald-Leader, lawmakers in the room, there to review government contracts, veered into talk of personal religious beliefs. One Eastern Kentucky lawmaker spoke of how he was a “pastor of the gospel.”

As governor, Bevin glinted a similar religious sheen. But for all the ways he reflected Kentucky’s Christian values, the Bluegrass State boasts one of the highest child abuse rates in the country; rising numbers of children abused and neglected to death; high rate of social worker caseloads and turnover, and record numbers of children in foster care. Reporting on how elected leaders like Bevin allocate state resources to combat these issues, and whether that investment unfairly prioritizes some groups over others, is a small but necessary role.

Some of Bevin’s biggest objectives during his single term were tinted through this Christian lens, including overhauling Kentucky’s child welfare system. He regularly called on Christians to shoulder the burden of a broken system by opening their homes to children who needed one, as Christ would.

It wasn’t out of the ordinary, then, to receive a press release from the governor’s office about a foster parent recruitment event hosted by Focus on the Family, one of the largest evangelical organizations in the country.

A firebrand even among other evangelical colleagues, founder and Pastor James Dobson continues to staunchly defend controversial dogma, including his advocacy for same-sex conversion talk therapy – a practice widely discredited by health care providers, and industry groups, such as the American Medical Association.

Dobson was replaced as president of Focus on the Family by Jim Daly in 2005. Daly has tried to steer his organization toward more civil waters, admitting that the group’s rhetoric has “created an animosity” that he’s dedicated to changing.

But many of its ideological tenets remain, and the group has continued to invest money in ensuring its longevity. In 2009, the group donated more than $115,000 to help defeat one of Maine’s first efforts to legalize same-sex marriage. The organization still enunciates its opposition of these unions, and by extension same-sex parenting – a family design the group plainly states “Christians are called to protect” against.

This was my context when I reached out to Bevin’s office about this event – one of four in churches across Kentucky – each of which was co-hosted by Focus on the Family and state agencies to enlist “quality” foster and adoptive parents.

I asked one of Bevin’s spokespeople whether a goal of these events is “to only recruit heterosexual couples to adopt children.”

Elizabeth Kuhn, Bevin’s top spokesperson, responded by email: “It is shameful that the Herald-Leader is intent on politicizing these events rather than focusing on the fact that they support the more than 9,700 children across the Commonwealth who are currently in out-of-home care.”

“I would challenge you to actually attend one of these events for yourself and see the difference they are making in the lives of children across our state,” she wrote.

When I arrived that night, I passed couples in the lobby filling out registration forms to begin the adoption and fostering process, and watched others walk past those tables to take a seat, ready to listen but somewhat less committal. Ages of the crowd ranged, and many already had kids in tow, some toddling around the back of the room while their parents listened. I took a seat on the floor at the back of the room, behind the crowd.

My intent wasn’t necessarily to write a news story; I was there to observe. Part of the reason I’d moved back to Kentucky from Maine after living away for a decade, was to explore fraught issues like this one through my public health and social services beat.

Then Bevin took the stage, asking rhetorically, “How are there 153 kids in this county, waiting for a forever family?”

And then, dropping his shoulders, he asked the crowd if he could digress.

“There are people who want to undermine this,” he said. “There’s a newspaper in this immediate region, and I won’t name their name, but it rhymes with Schmerald-Schmeader, [and] their only interest in this effort was to try and find problems with Focus on the Family and the kind of people who they imagined were going to come here, and the kind of way in which they would or would not approach what it’s like to open your home. That’s the only interest they had.”

“Maybe they’re here,” Bevin said, scanning the crowd, looking for me. This prompted others to look, too. I felt fairly identifiable, one of the only people without a spouse or kids, sitting cross-legged on the floor. I waited for someone to point, but no one did.

It was an emblematic moment of friction between Bevin and the press, a notoriously hostile relationship while he was in office.

But it also highlighted a disparity that many journalists deal with today, and one that Bevin lobbed regularly: the very act of questioning is an unacceptable affront.

I no longer characterize myself as religious, but I’ve spent a lot of time contemplating, as I did on my drive home that night, how Jesus, the historical figure, treated those around him. And I’ve wondered before how my religious upbringing unconventionally shaped my passion for journalism.

Since I moved to Kentucky, I’ve found myself on nighttime ride-alongs with Eastern Kentucky police officers who bear daily witness to their community being ripped apart by opioids and methamphetamine and sat kitchen tables with families who talk of being manipulated and misled by state departments designed to protect them. I’ve spent late nights on the phone listening to former social workers recount the horrors of their jobs, and afternoons with formerly incarcerated women in long-term substance use disorder recovery who want to stay sober for themselves and their families, who want their lives back.

My job as a journalist is predicated on giving a voice to the voiceless, holding powerful institutions accountable, exposing systemic wrongdoing, and telling stories about the marginalized. It’s an endeavor that, to me, feels very Christian.

Alex Acquisto covers public health and social services for the Lexington Herald-Leader. This dispatch is part of a series called “On the Ground” with Report for America, an initiative of The GroundTruth Project. Follow her on Twitter: @AcquistoA.