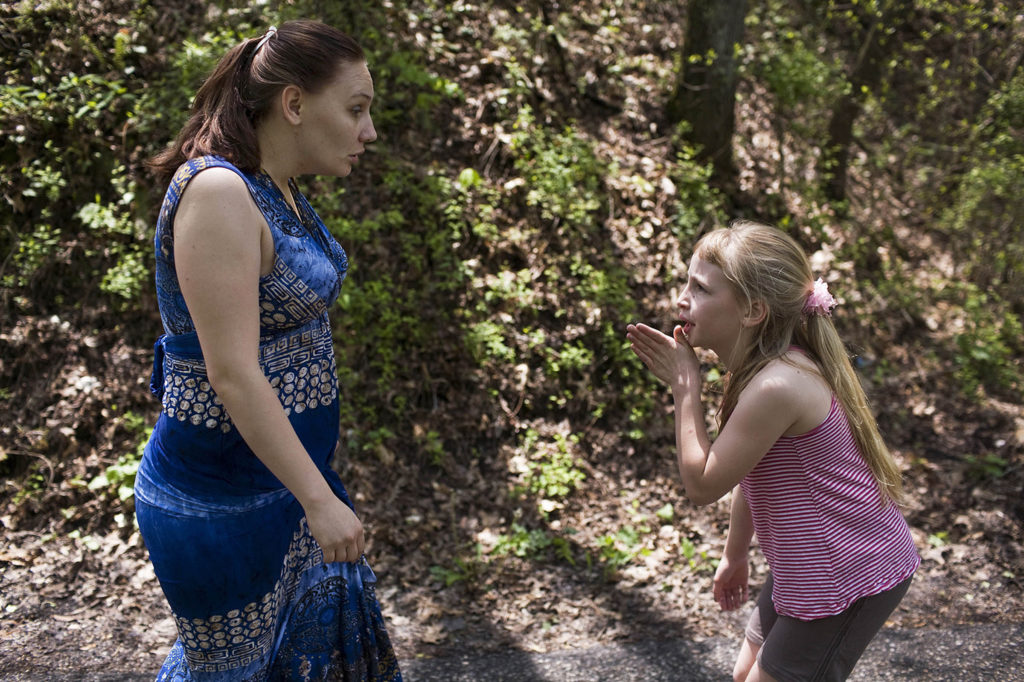 Sonya, right, yells at her mother Amber after Amber told her mother to change her youngest son Seth’s clothes after he peed himself. “You’re his mother,” Sonya screamed. “Start acting like it!” (Photo by: Maddie McGarvey)

In rural Southeast Ohio, family dynamics are shifting. Under the pressure of everything from economic hardships to epidemic drug abuse, traditional nuclear families are ending. Today, one in twelve children in the region live primarily with a grandparent. As the next generation of women come of age, questions arise. Faced with the added challenge of home-life, on top of the uncertainties of childhood, can the cycle be broken, or does the legacy set down before them define their future as well as their present.

Sonya Casto, like many young women in America, is dealing with a non-traditional family structure while navigating her teenage years. Her parents have been swept into the drug epidemic that has afflicted so much of the Midwest and Appalachia. Her grandparents are doing the best to raise her and her siblings while sacrificing their own life savings and golden years.

Sonya has experienced a huge amount of trauma— some of her first memories being men chopping off her hair and throwing her down stairs. But through therapy, grandparents who have given her a stable home despite their socioeconomic background, and a fresh start in a new town that promises more opportunity, she is thriving.

I started working on this project when I was a sophomore in college and have followed this family for nearly ten years. I was curious what this new family dynamic looked like, and the Casto’s welcomed me in as one of their own. I essentially grew up as a photographer with this family. I focused mostly on the oldest daughter, Sonya, and her relationship with both her mother and grandmother. She clearly remembered the abuse she went through as a child, and struggled with PTSD. I began photographing her when she was 9 years old, and now she’s a junior in high school.

I strove to capture that nuance and depth in the thousands of images I have taken of the family over the years. I wanted people to understand Sonya’s story, to connect with her but also to enable her to return their gaze. I wanted them to see all the facets of the girl who looked back at me. As Sonya got older, she started talking to me about her crushes and boys at school. In certain ways, we grew up together–both of us have reached pivotal moments of adulthood in the time in which I have been documenting the Casto’s.

The camera has always been there, but I felt at times more like an older sister than someone hanging around taking pictures. Being intertwined in the Casto’s lives has allowed be not only access to places and events but to an emotional understanding I could not have otherwise captured in my frames. I hope to continue documenting this family for years to come.