Monkeypox: Key Questions Answered on What to Expect and How India Is Tackling Outbreak 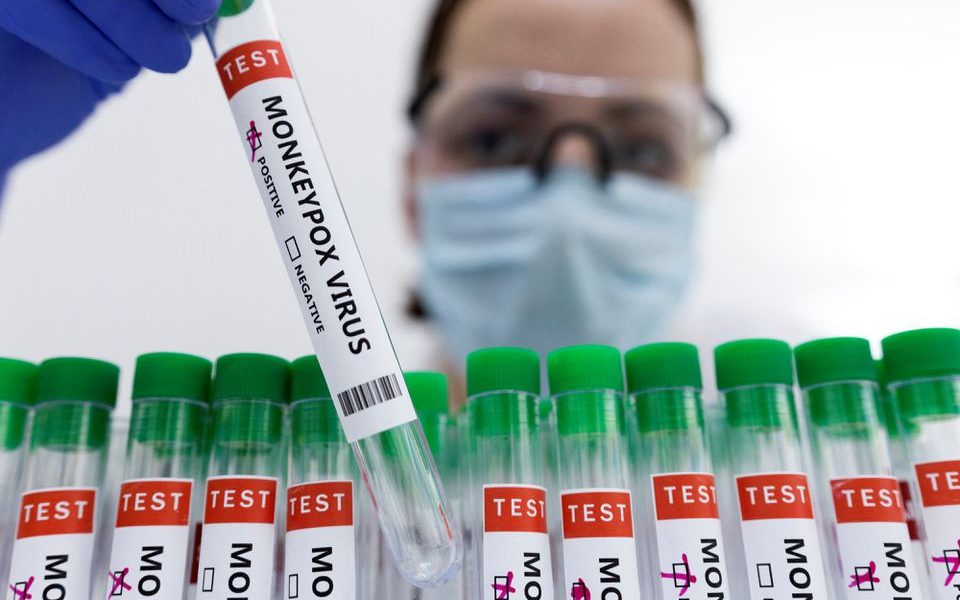 New Delhi: India reported the fourth case of monkeypox infection on July 24. Unlike three previous cases reported in Kerala, the latest patient, in Delhi, had no history of foreign travel.

Experts say there is no cause for panic but any lethargy when it comes to formulating a policy to deal with the outbreak may prove costly.

Meanwhile, here are some answers to important questions that concern this outbreak of monkeypox (MPX).

The key question, which is concerning not just for scientists but people at large, is – how does the monkeypox virus transmit?

Talking at a World Health Organisation (WHO) social media event on June 9, its technical lead on monkeypox infections, Rosamund Lewis, said the virus was always known to transmit through close face-to-face and skin-to-skin contact.

“This is how it has always been described. There may be new things happening in this outbreak now, we don’t know everything. There is still a lot to learn,” she said.

This is why WHO director general,  Tedros Adhanom Ghebreyesus, while declaring the monkeypox outbreak as a ‘public health emergency of international concern’ asked countries to ‘work closely’ with the MSM community and “to design and deliver effective information and services”.

The UK Health Security Agency (UKSHA) conducted a survey among 576 people out of over 4,000 people who had tested positive for monkeypox. The findings were published on July 22. As many as 96% of the surveyed people identified themselves as gay, bisexual, or men who have sex with men. An analysis of case series of infection across 16 countries published in New England Journal of Medicine (NEJM) also found out that the sexual activity, largely among gay or bisexual men, was by far the most frequently suspected route of transmission.

Public health expert Chandrakant Lahariya said the skin lesions typically appear in the genital area. “Any stigma may lead to a situation where suspected patients may not seek healthcare and diagnosis. And this will only ensure that the outbreak becomes bigger,” he told The Wire.

All four reported patients in India are also men. But there is no information about whether they are MSM or not.

Experts also deny that it can be classified as a ‘sexually transmitted disease (STD)’ because it can spread through other modes, like contact from contaminated objects or materials. Any skin contact with rashes of infected individuals can infect a healthy individual, and therefore, isolation is a must.

The spread of monkeypox in the U.S. could represent the dawn of a new sexually transmitted disease, though some health officials say the virus that causes pimple-like bumps might yet be contained before it gets firmly established. https://t.co/SlsTY3pmCz

Airborne transmission is another route which is critical.

So far, there is no conclusive evidence to suggest this route for monkeypox transmission. There is no science to suggest the droplets of this virus can stay in the air for a while, as in the case of COVID-19. The WHO has taken a cautious approach and said ‘short-range aerosols’ might lead to onward transmission. And, therefore, the respiratory droplets of an infected person can cause forward infection to a close contact in the room.

The UKHSA has said “limited household transmission” was detected in the UK.

Healthcare workers, nonetheless, remain vulnerable with the UKHSA having said that the virus had been detected in the air in healthcare settings. Therefore, all international health agencies have advised proper personal protective equipment (PPE) for those who are dealing with MPX patients.

The US Centres for Disease Control and Prevention (CDC) has recommended two vaccines – Jynneos and ACAM2000. The vaccines are extremely short in supply, globally. The former has been proved efficacious only in animal studies till now. The latter has proved efficacy in human clinical trials too. Both are live virus vaccines, i.e., they contain the MPX virus in extremely small amounts. The virus, in turn, triggers the immune response when the body is infected.

The US government has decided to vaccinate all known contacts and suspected cases. The European Medicines Agency (EMA) has approved the Imanvex vaccine. It was earlier used against smallpox, which was eradicated in 1980.

There is no specific drug for monkeypox. The EMA has approved Tecovirimat, an antiviral drug for all orthopox-associated infection, including monkeypox. Countries are scrambling to arrange the drug due to its limited production and supply. The drug is recommended only for serious illness.

The Indian government issued guidelines on management of the disease on May 21. However, the union government has not yet declared monkeypox as a ‘notifiable disease’. If a disease becomes notifiable, then all clinicians have to report cases to the government. Only the Delhi government has issued such a notification.

The Union government has also said that, at the moment it has no plans of securing any vaccines for monkeypox.

Lahariya did not agree with the approach. “We know that the governments are in long queues to get the jabs. And, we also know that multiple settings in India will report more cases,” he said.

“Therefore, the government must think about procuring vaccines, at least, for the contacts of the confirmed cases.” He also said that to ensure there are no barriers in testing, an adequate number of testing kits and reagents has to be procured.

Currently, all samples are being tested at National Institutes of Virology, Pune. The government will have to scale up testing also. “What is more important than having more facilities is to have a good number of trained people who can handle this virus,” he said. Before this outbreak, India has never had any case of monkeypox.

More than 16,000 cases of this disease have been reported so far, in the current outbreak. Six have died. The disease has mostly been reported as ‘self-limiting’ where hospitalisation was not required for majority of the cases. However, painful lesions makes it uncomfortable for patients.

The NEJM study found that only 13% of patients required admission into hospitals. The major cause of hospital admission was pain management, mostly for severe anorectal pain, followed by soft-tissue superinfection, pharyngitis that limited oral intake, eye lesions, acute kidney injury, myocarditis, and infection-control purposes. Most of the cases require symptomatic management, and thus the disease caused by the infection, per se, is not severe.

A worry with this outbreak is this: Will this lead to a COVID-19-like scenario?

Currently, all international public health agencies and experts have ruled this out. “The virus does not seem to have a pandemic potential,” Lahariya said. He added that unlike Sars-CoV-2 which was an RNA virus, the monkeypox is a DNA virus. And, therefore, the virus is stable and not capable of mutating much.

So while experts advise people to not panic, ignoring symptoms like fever and rashes would lead to complacency.