On a mission to listen and report in Appalachia 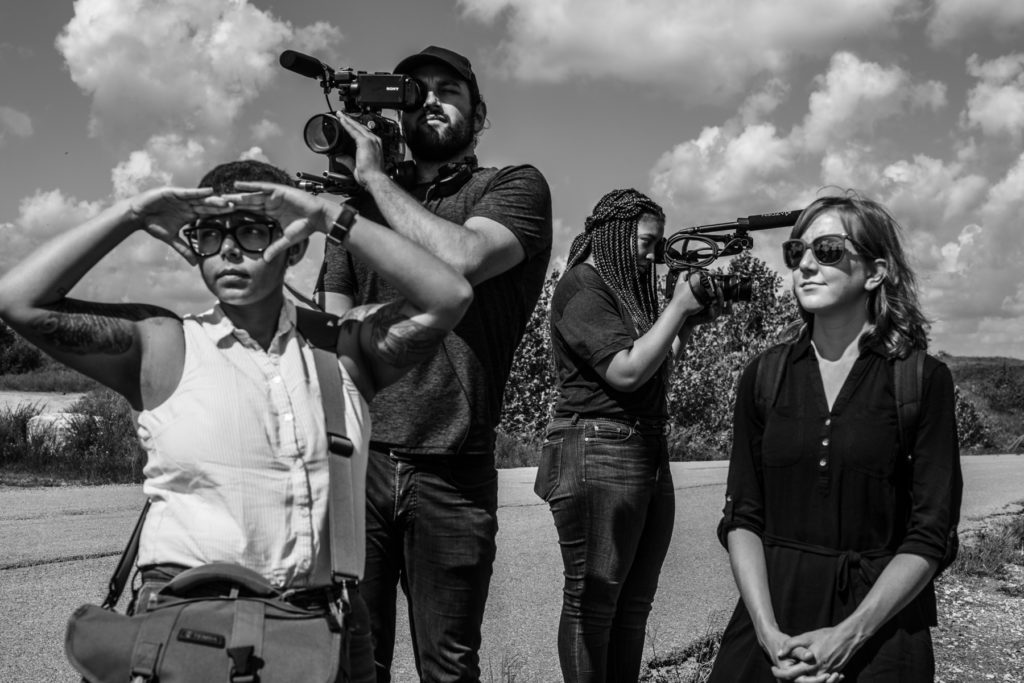 PIKEVILLE, Kentucky  —  Listen to people who live here in the heart of rural Appalachia and it doesn’t take long to hear just how tired they are of reporters coming from outside to tell their story.

Sure, they’ll tell you, this town is struggling as it transitions out of an economy that revolved around a coal industry now in steep decline. Jobs are scarce. The opioid crisis is real. People worry about the future. Young people who are proud to be from here too often end up moving away for work even as the mountains pull their hearts to stay.

But, if you give the conversation a bit more time, those same people will hasten to add that the reality of this place is that it is also finding a voice for innovation, developing an eye for new ideas, and relying on a grit and resiliency that has always pulled the generations through hard times. And they’ve definitely known hard times.

For the last two weeks, we’ve had our ‘Crossing the Divide’ team of five reporters, from a mix of red states and blue, on the ground here in the mountains of Appalachia listening to people talk about the future of work, about a determination to create new industries, and about an urgent need to reimagine healthcare in a way that will address a surging crisis of opioid addiction. We’ve listened to a great diversity of views, but one feeling that courses through just about every conversation is that people here do not feel heard by the rest of the country, especially by the national news media.

Today we are proud to announce that we are going to stick around in rural Appalachia and do some more listening.

With support from the Galloway Family Foundation, The GroundTruth Project is partnering with three prominent regional news organizations to deepen coverage on issues that impact the communities here in the coalfields of eastern Kentucky and southern West Virginia.

We’re opening a call for applications effective today for three, 12-month-long reporting positions at the Lexington Herald-Leader, the Charleston Gazette and Mail, and West Virginia Public Broadcasting.  This is part of GroundTruth’s new initiative called “Report for America,” a call to public service for local journalism that will serve communities in under-covered parts of the country where more reporting resources are needed to unearth big challenges that lie ahead.

Backed by the Google News Lab and a host of others who are providing early-stage funding, including the Knight Foundation, the Solutions Journalism Network, the Center for Investigative Reporting and several regional funders, our hope is that Report for America will become a movement with up to 1,000 journalists deployed into local news organizations over the next five years.

And the movement starts here.

In Kentucky, the Report for America “corps member,” as we are calling the reporters, will be assigned to Pikeville, with a population of about 6,000, reestablishing a bureau for the Lexington Herald-Leader in Pike County for the first time since 2011.

“Appalachia is a place with amazing and important stories to tell, and we’re thrilled to be involved in a project to get more journalists on the ground to tell them,” said Peter Baniak, editor of the Herald-Leader.

There are existing local newspapers like the Appalachian News-Express here in Pikeville which cover the community now with a fair and steady hand, and which will be offered a content sharing agreement as part of this initiative. There are also digital news organizations like the Daily Yonder out of the Center for Rural Strategies in nearby Whitesburg which provides in-depth coverage of rural issues. The hope is that the increased coverage of Eastern Kentucky through Report for America will find a place here and help to enlighten and inform local audiences as well as readers statewide about life in Appalachia.

In West Virginia, the Charleston Gazette-Mail and West Virginia Public Broadcasting both plan to have their RFA reporters in the southern coalfields and will be working with the communities to assess the best place to base the coverage.

“West Virginia Public Broadcasting is proud to partner with newsrooms with such outstanding track records in covering Appalachia. Southern West Virginia is an amazing place, with a rich culture and history. It’s also a place that has valuable lessons to teach the rest of the country when it comes to resilience and finding a path forward through adversity. I’m eager to share our passion for telling these kinds of stories with a new generation of journalists,” WVPB News Director Jesse Wright said.

Robert Byers, the executive editor of the Charleston Gazette-Mail, which won the 2017 Pulitzer Prize for investigative reporting for its coverage of the opioid crisis, said: “In a time of dwindling newsroom resources, we look forward to adding an emerging journalist to the mix, better allowing us to continue the type of reporting our readers have come to expect.”

This partnership in Appalachia is a pilot project for Report for America, which has established a unique funding formula to embed reporters for up to two years in local news organizations. The formula combines national and regional philanthropies with buy-in from the participating newsrooms as well. RFA will provide 50 percent of a full year salary and local funders will provide 25 percent and the newsroom 25 percent. We hope to have a mix of local reporters serving their own communities, and reporters from afar coming in to learn about and serve in a part of the country they don’t know. A training and mentoring program will be key to the program’s success and RFA will call on veteran reporters to serve as mentors to a new generation.

We plan to begin small with a total of 12 RFA corps members deployed in 2018, with an emphasis on the public service role that journalism can and should play in a local community.

That means at least 9 more year-long RFA corps member positions will be announced in other regions in the coming weeks and months. Our host newsrooms on this initiative will include traditional newspapers, digital startups, radio stations, community access channels, and non-profit news collaborations of all shapes and sizes.

The project will begin with a one year reporting position for an RFA corps member, and a second year will be possible if the newsroom and the reporter both want to keep working together. If there is a second year, the funding formula will shift with the newsroom taking on half the costs and RFA and a regional funding providing the other half.

So if you’re thinking about serving as a reporter in a local community; or if you represent a newsroom that would like to participate; or if you’d like to contribute in any way, please go to our website and sign up a www.reportforamerica.org. We hope you’ll answer this call for public service and join the movement to help us ‘Report for America.’