In a fateful election, GroundTruth reports on voter suppression 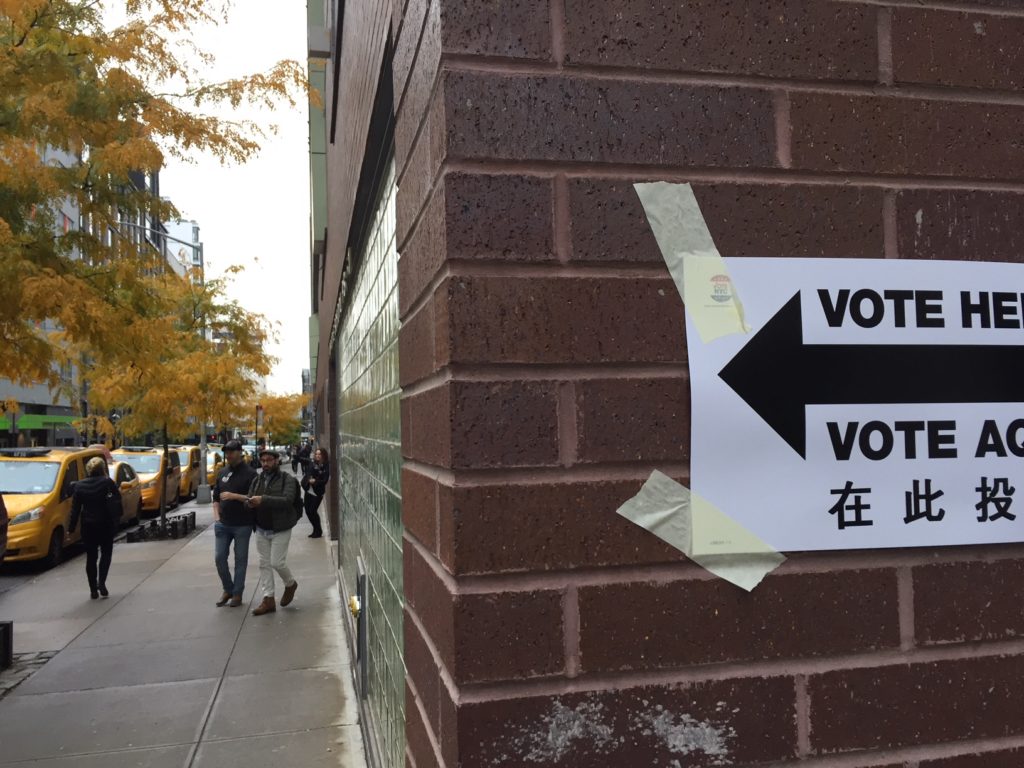 Thousands of people across the country won't be able to vote due to new restrictions. GroundTruth is sending student reporters to polling locations to get the people's reactions.

NEW YORK — The polls are open on a fateful and historic midterm election that has already inspired record levels of early voting in 22 states and the District of Columbia.

But amid a groundswell of inspired voters across the country, legislators in several states are fighting to turn back the clock on voting rights by purging voter rolls, tightening voter ID laws and ramping up disinformation campaigns to confuse would-be balloters, particularly in poor and minority districts. And less discussed has been the lurking threat that bad actors will hack the vote.

“Democracy is on the ballot,” wrote Michael Waldman of the Brennan Center for Justice, a non-partisan public policy institute that focuses on fundamental issues of democracy and justice.

With rising threats to a free and fair election, on-the-ground journalism matters now more than ever. So — The GroundTruth Project is sending a team of 60 reporters representing 25 colleges and universities in 16 states to cover polling places with an eye toward voter suppression and any other problems voters might be experiencing in exercising their right.

In Atlanta, Georgia, a team of reporters from Georgia State University is looking at how issues with voter suppression and outdated voting machine are disproportionately impacting voters of color and poor voters.

“The power to vote is a responsibility and privilege that must be protected at all costs,” said Cardine Johnson, a graduate student in the journalism program at Georgia State. “In order to do this we must hold officials and citizens accountable. The voting process not only impacts the daily lives of the public, but the outcome as well.”

In Columbia, Missouri, a team from the University of Missouri-Columbia is digging into how limited public transportation keeps many voters from the polls, the influence of gerrymandering as well as unique challenges for immigrants in understanding the voting process.

“Voting is the one true way every single citizen can become involved in politics,” said Kassidy Arena, a junior at University of Missouri. “Due to this power, it is my duty as a journalist to cover all voting issues in the community to translate to citizens what their rights are, how to assert those rights and ensure those rights are never infringed upon.”

In North Carolina, reporters at UNC-Chapel Hill are focused on the typically low-turnout youth vote, and the increased access issues for all voters.

“North Carolina has a history of being on the forefront of voting rights issues,” said Emma Peaslee, a Roy H. Park Fellow at the University of North Carolina. “Most recently, the legislature passed a law that will decrease polling locations by 20 percent. In a time when it seems like the midterms are more consequential than ever, it will be interesting to look at the tension between getting people out to vote and the policies and procedures standing in their way.”

GroundTruth is also working with a team at Bismarck State University, which is reporting from the Standing Rock Indian Reservation, where an ambitious voter registration campaign launched in the wake of a voter ID law that requires a residential address for thousands of Native voters who don’t use official street numbers on their homes.

In Florida, Amendment 4 would restore voting rights to an estimated 1.4 million convicted felons, who won’t be able to vote in this election. Florida is one of four states, along with Iowa, Kentucky and Virginia, that currently bar ex-felons from voting for life even after they have paid their debt to society for their crime.

“We have citizens across this great state of ours who have made mistakes in the past and have paid their debts,” said Desmond Meade, president of the Florida Rights Restoration Coalition and leader of the Amendment 4 campaign, to Democracy Now!. “And it’s time for us to move on and experience what being a citizen is all about. And there’s no greater expression in that than being able to vote.”

With more than 30 million votes cast in early voting across the country, in many states already surpassing the entire 2014 midterms count, Americans are demonstrating a renewed interest in democratic participation.

Groups like Pizza to the Polls have raised more than $100,000 to feed voters waiting in long lines, using Twitter to accept requests. And news organizations like ProPublica and its Electionland initiative are working with 250 reporters from over 125 newsrooms to track voting issues and pressure state officials to make fixes as problems are identified.

Got a tip? Send it to GroundTruth executive editor Kevin Grant at kgrant@thegroundtruthproject.org