Thousands of Michiganders flock to Women’s March on Lansing 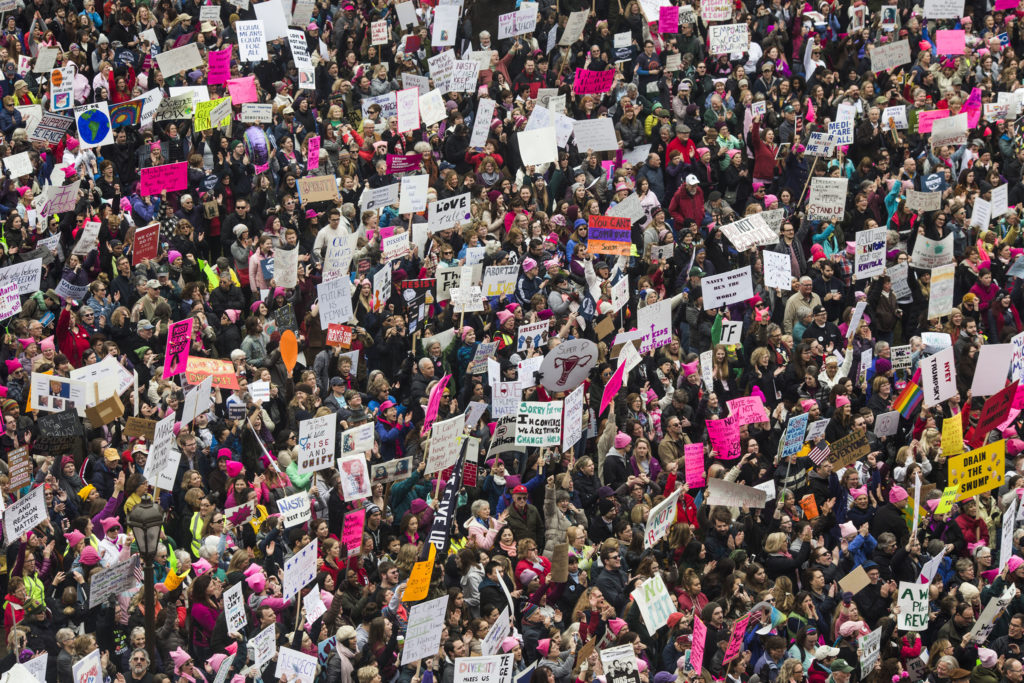 Thousands gather outside of the Michigan State Capitol Building for the Women's March on Lansing in Lansing, Mich., on Saturday, January 21, 2017. (Photo by Brittany Greeson/GroundTruth)

LANSING, Mich. — As the fog lifted over Michigan’s capital this morning, thousands of people began pouring out of tour buses, cars and minivans onto the grass in front of the state Capitol building. The Women’s March on Lansing was one of more than 600 “sister marches” held across the country to coincide with the Women’s March on Washington, and an estimated 8,000 people turned out.

Married couple Jon and Marta Kermiet, both 66, held each other as they poked their heads above the crowd to hear the speaker. They’ve raised three boys and one was able to join them at the march, as another attended a march in Portland, Oregon.

“It feels like deja vu,” Marta Kermiet said. “We’re frequently finding ourselves at things like this and after raising children, you really have to pay attention to where the world is going.”

For 70-year-old Carolyn Dack Maki of Stevensville, Mich., the idea of marching for women’s rights in 2017 was frustrating. “It’s so insulting, we just gotta do something,” Dack Maki said. “Our rights are going to be gone – healthcare, women’s rights, equal pay, all if it. … This cannot be.”

After a number of speakers addressed the crowd, the demonstrators started their march around the capitol building, chanting in unison and holding up homemade signs.