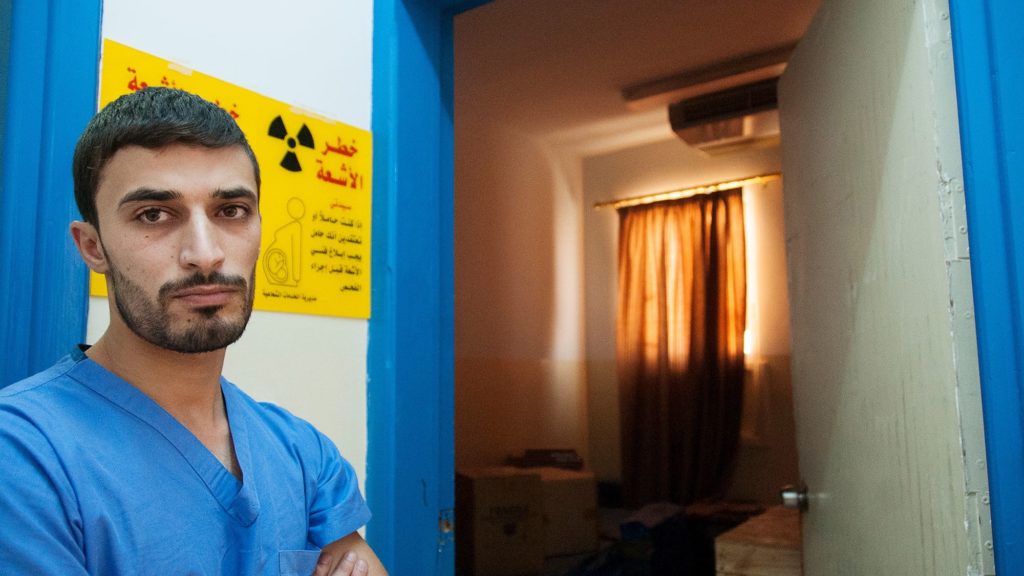 Dr. Moutaz al-Batoosh works at a rudimentary clinic in the Wadi Rum village of al-Desea which cares for some 100,000 Bedouin residents in surrounding villages. Batoosh says the facility is not equipped to isolate or diagnose MERS or other serious infectious illnesses. - (Alisa Reznik )

Physician Islam Hazameh was used to treating people with Middle East respiratory syndrome (MERS). He knew what patients could expect, when the fevers might hit, and what types of people it stalked. What he didn’t foresee was that he would become one of them.

Late in 2014, a woman with a bad cough and a high fever had come to the hospital clinic where Hazameh worked in the Jordanian city of Zarqa, some 12 miles northeast of the capital Amman. It was the winter, and suspecting the woman had a bad case of influenza, Hazameh treated her for the seasonal virus. Shortly after, he woke up with the chills, a rising fever, and a cough just like he’d seen in his patient. “I thought I had just a flu,” Hazameh recalls. But it kept getting worse.

Another doctor took a nasal swab from Hazameh, which showed he’d been infected not with influenza, but with MERS, a viral respiratory illness endemic to the region that’s associated with a 34% fatality rate.

As a reasonably healthy 37-year old at the time, Hazameh was an unlikely MERS patient. Typically, elderly or immunodeficient people are at the greatest risk for serious complications from MERS, as are those with pre-existing conditions like poor kidney function, lung disease, and diabetes. Yet days after his first cough, he found himself lying in a hospital bed in Amman, surrounded by weary family members. He was hooked up to an antibiotic drip in an intensive care unit isolation room at the Jordan University Hospital and remained like that for the better part of a week before he recovered enough to go home. Since Hazameh’s patient was never tested for MERS, he will never know for certain whether she passed it to him.

With symptoms easily brushed aside as a cold or flu, patients can slip through the cracks even when doctors are vigilant. That mystery is just one of many that shrouds the disease. MERS belongs to the coronavirus family that includes the common cold and severe acute respiratory syndrome (SARS), which caused global panic when it killed almost 800 people worldwide in 2002–2003. Because—like SARS—symptoms for MERS mirror influenza, it’s easy to misdiagnose and difficult to catch early enough to protect others from infected patients.

Read the rest of this, and more articles from The Next Outbreak at Nova Next.