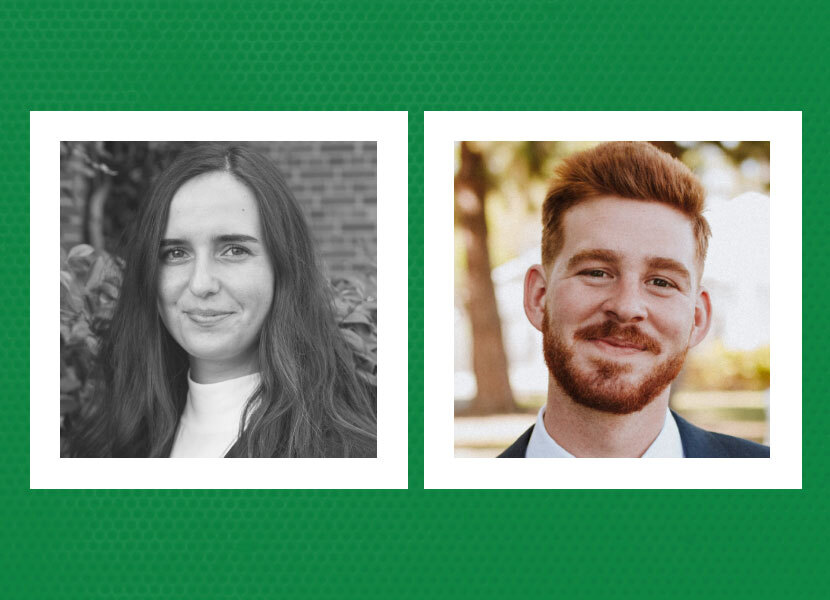 WASHINGTON and LOS ANGELES — The GroundTruth Project is proud to welcome two Poynter-Koch Media and Journalism Fellows, Megan Botel and Isaiah Murtaugh, to cover voting rights in America over the next year.

Their work will be part of a larger project, the Preserving Democracy & Voting Rights Fellowship focused on a critical moment as countries around the world seek to restrict democratic institutions and instruments, including the ballot box.

With support from the Jesse and Betsy Fink Charitable Fund, Solutions Journalism Network, MacArthur Foundation and Henry Luce Foundation, GroundTruth is supporting fellowships in as many as 10 U.S. states and five countries with a focus on what America at large can learn.

Megan Botel was previously a reporting intern on the COVID-19 team at the Los Angeles Times, contributing to “The Pandemic’s Toll: Lives Lost in California” in partnership with the Pulitzer Center and USC. Her print and audio work has been featured in Religion News Service, L.A. TACO, Pasadena Weekly and PRX’s Remix. A San Francisco Bay Area native, she holds a bachelor’s degree from New York University and a master’s in journalism from USC Annenberg.

Isaiah Murtaugh was also previously a reporting intern at the Los Angeles Times contributing to “The Pandemic’s Toll: Lives Lost in California.” His audio and print work has featured in Religion News Service, 91.3 KPCC, Christian Century and PRX’s Remix. Born in Los Angeles and raised in Riverside, he is wrapping up a master’s degree in journalism at USC’s Annenberg School for Communication and Journalism.

“We are fortunate to have the opportunity to bring Megan and Isaiah to The GroundTruth Project, and it’s a special privilege because they are fellow Annenberg alums,” said GroundTruth co-founder and chief content officer Kevin Grant, who graduated with an M.A. in Online Journalism in 2011. “We feel a great urgency to cover the various threats to our democracy and I know these two intrepid reporters will rise to meet the moment.”

The GroundTruth Project is an award-winning, independent, nonpartisan, nonprofit news organization dedicated to supporting the next generation of journalists around the world. Our mission is to restore journalism from the ground up by enabling in-depth, on the ground field reporting on social justice issues in under-covered corners of the world. Since GroundTruth launched, we have supported more than 300 emerging journalists across more than 30 countries and been honored with the News Emmy, World Press Photo, Alfred I. duPont/Columbia University, Edward R. Murrow, Overseas Press Club and Online Journalism Award among others. GroundTruth is home to Report for America, which seeks to address a crisis in local journalism in the United States that has become a crisis for our democracy.