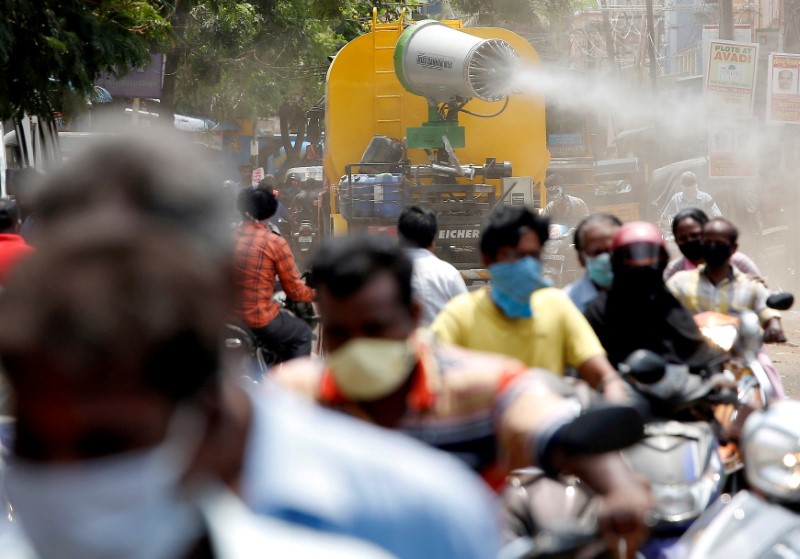 New Delhi: The COVID-19 pandemic has led to a sharp increase in mental health disorders around the world. A report released by the World Health Organisation (WHO) has said the worst hit were the low-and-middle-income countries (LMICs). India, incidentally, belongs to the category of LMICs.

The report, which WHO has touted as the “largest review of world mental health since the turn of the century”, said initial estimates show a jump to 246 million for major depressive disorders and 374 million for anxiety disorders. This represents a jump of 28% in the former and 26% in the latter.

The report says that even after two years of the pandemic, COVID-19 continues to disrupt essential health services and widen the treatment gap for mental and other health conditions. The WHO did a survey among 223 countries, territories or areas in the last quarter of 2021 to understand the quantum of this disruption in all general healthcare services, including mental care services. In all, 129 countries responded to the survey. As many as 65% of these countries reported one or the other impediment due to the disruptions in seeking mental healthcare even after two years of COVID-19

As India did not participate in the WHO’s stocktaking exercise, we don’t know the extent of the problem in the country.

Pre-pandemic, in 2019, an estimated 970 million people in the world were living with a mental disorder. This was a number higher than the then total population of all of Europe.

Out of the total 971 million people suffering from mental health problems, close to one-third suffer from anxiety disorders. This is the highest share of the entire gamut.

These disorders were followed by depressive disorders,  development disorders,  attention-deficit/hyperactivity disorder (first diagnosed mostly in children who either find it difficult to focus or display impulsive behaviours), bipolar disorder (conditions in which people suffer from alternate maniac episodes of increased activity or depressive moods), conduct disorders  (behavioural disorders found mostly in children and teens),  autism spectrum disorders,  schizophrenia (disorders characterised by impairments in the way the sufferers perceive reality and suffer from problems like delusions and hallucinations) and eating disorders (persistent disturbance in behaviours, ranging from binge eating to self-starvation, which are associated with distressing thoughts).

In fact, two of these mental conditions – depressive and anxiety disorders – are also among the top ten health problems for being the causes of what is called ‘years lived with disability’. This metric measures the number of years a person lives with an impairment caused due to any health condition.

The report also said while most of the member states said they had a mental health policy or plan, only 23% reported investing resources in monitoring these projects. In fact, half the countries didn’t even care to estimate the financial resources needed to implement such plans.

Not surprisingly, the expenditure on mental health was found to be appalling — given the magnitude of the problems. On average, the WHO report found that countries dedicate less than 2% of their healthcare budgets to mental health.

The resource gap extends to human resources as well. Around half the world’s population lives in countries where there is just one psychiatrist to serve 200,000 people. People with high rates of socioeconomic deprivation have the lowest access to mental healthcare services. In LMICs, the entire focus is more or less on catering to the adult population. Therefore, a mental health workforce for children and adolescents is almost non-existent.

“Within broader health policies and plans, most LMICs give low priority to mental health compared with other burdensome health conditions,” the report says.

Also, whatever resources are allocated towards mental health, 70% of them are directed towards psychiatric hospitals. These are places where only those suffering from severe mental health conditions are dealt with. Thus the rest have to fend for themselves. It is no wonder then that only a quarter of member states have told the WHO that they have integrated mental healthcare at a primary level. People refrain from making long and expensive journeys to cities to seek treatment and the problem plays out in a loop.

Even access to medication is a big concern. Here, again, LMICs take the spotlight.

“[There is] limited availability of essential psychotropic medicines, especially in LMICs. And when they are available, far more people in LMICs also end up paying for these medicines out of pocket,” the report says. Low-income countries fare no less worse. For decades, they didn’t include essential medicines in their respective national lists of essential medicines. Their non-inclusion would mean they would invariably remain very costly, making it impossible for people to purchase them.

The treatment of mental health issues itself costs a lot as governments hardly attend to those needs. But it would be wrong to construe that brazen neglect of mental healthcare services is only affecting those who suffer from those conditions. Quoting an analysis of the Philippines, for example, the report said, the country had to suffer a loss of $1.3 billion in 2019  due to premature death, disability and reduced productivity while at work. Combined with the direct costs of care (around $53 million), this amounts to 0.4% of the country’s gross domestic product.

If one adds the treatment cost and the costs incurred in terms of lost productivity, the report says, the total global cost-to-society due to mental health conditions is expected to touch US$ 6 trillion by 2030. Now, that’s more than what the researchers projected for the costs of cancer, diabetes and chronic respiratory disease combined.

Mental health conditions have never received their fair share of attention, but these projections definitely make a strong case for our governments and for society to wake up. The report has a slew of recommendations to offer – only if governments decide to take the cue.