Local restaurants face a new obstacle in the worker shortage: an applicant pool of mainly teenagers 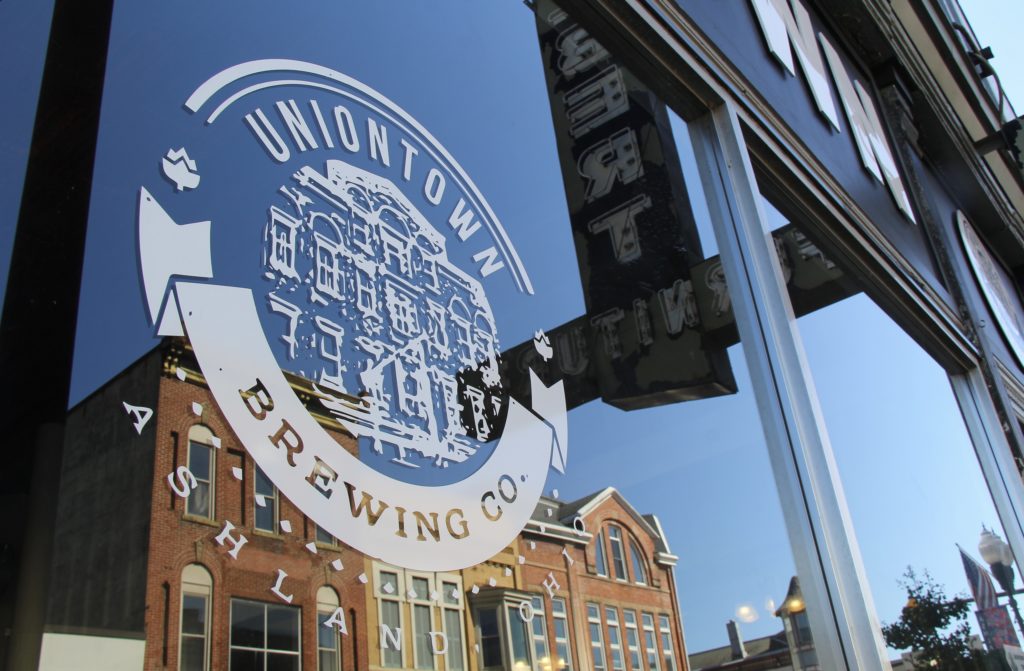 Uniontown Brewing is located at the heart of downtown Ashland, a county that is otherwise largely rural. (Photo by Emma Davis)

Uniontown is also seeing a surge in the number of job applicants in recent months, which is a welcome change after a long stretch of worker shortages marked much of the pandemic. But there is a shift happening.

Job seekers are getting younger and often have no prior restaurant experience, owner Doug Reynolds said.

“It’s very expensive in my industry to train, because I’ll have two to three people on shift that are training, but they’re still getting paid the same as everybody else,” Reynolds said. “That’s increasing my labor cost each day.”

While business has picked up, Uniontown has not become more profitable.

Small businesses across the country such as Uniontown are struggling to find and retain workers as pandemic-era workforce reshuffling and the recent surge in COVID-19 cases from the Delta variant dashed hopes of a speedy economic recovery. Even as unemployment rates drop to pre-pandemic levels nationwide, millions of jobs remain unfilled as workers reconsider their career paths, often gravitating to options with more flexibility and better pay.

At Uniontown, Reynolds has increased training to accommodate an inexperienced workforce. Retention, however, is still a challenge.

“We can hire five in one week and then lose four within two weeks,” he said, adding that employees typically used to stick around for at least two years before the pandemic.

Ashland, originally named Uniontown, is a city of about 20,000 people nearly halfway between Cleveland and Columbus. When the state lifted pandemic restrictions on restaurants, Reynolds said patrons flocked back.

Staffing has not seen the same rebound.

Before the pandemic, Uniontown’s workforce had been almost entirely mid-20-year-olds. That age group has largely left, and employees’ ages now range from 17 to 55, Reynolds said. Recent applicants have been returning college students looking for part-time jobs, he said.

Larger trends in the United States show an increase in 16- to 19-year-olds entering the workforce after a sharp dip at the start of the pandemic. It has become common for Ashland restaurants to rely on younger workers.

The bulk of employees at another restaurant nearby, South Street Grille, are high schoolers, general manager Liz Heffner said.

“A lot of our summer staff that were working full-time have gone back to school,” Heffner said, adding that working around school schedules has led to increased staffing challenges.

Staffing challenges at South Street and Uniontown have also been compounded by absences due to COVID-19 exposure and infection, Heffner and Reynolds said, although prolonged staffing issues are indicative of a changing workforce.

“If we can hold onto somebody that long, the majority of the time they’re going to stay,” Reynolds said.

Restaurants around the area have used a variety of strategies to boost retention, including signing bonuses and increasing wages.

Minimum wage in Ohio is $8.80 per hour for non-tipped and $4.40 per hour for tipped workers. Signs advertising $10 to $15 hourly wages can be seen on fast-food and local restaurant storefronts alike in Ashland, and Uniontown currently pays on average $12 to $14 per hour.

But Jessica Hiser, marketing director for the employment agency Spherion in Ashland, said job seekers are looking for more than pay.

She has seen an increase in job seekers who previously worked in food service looking for work elsewhere, but not necessarily in a specific industry. As pay rises for lower-wage jobs across local industries, job seekers she assists tend to choose the options offering flexible hours, she said.

Ashland County’s unemployment rate peaked in April 2020 at 12%, but had dropped to 3.4% by October 2020 and remains near pre-pandemic levels.

Philip Glandon, economics professor at nearby Kenyon College, sees this relationship as an indicator of worker reshuffling across industries that has yet to settle. Employees leaving the workforce may also account for some openings, Glandon said, noting that personal savings rates rose during the pandemic.

While a lack of retention poses problems for employers, Glandon views it as an opportunity for employees to find the position that best fits their needs.

“Retention issues tend to become a problem,” Glandon said, “when the job market is really good for employees.”