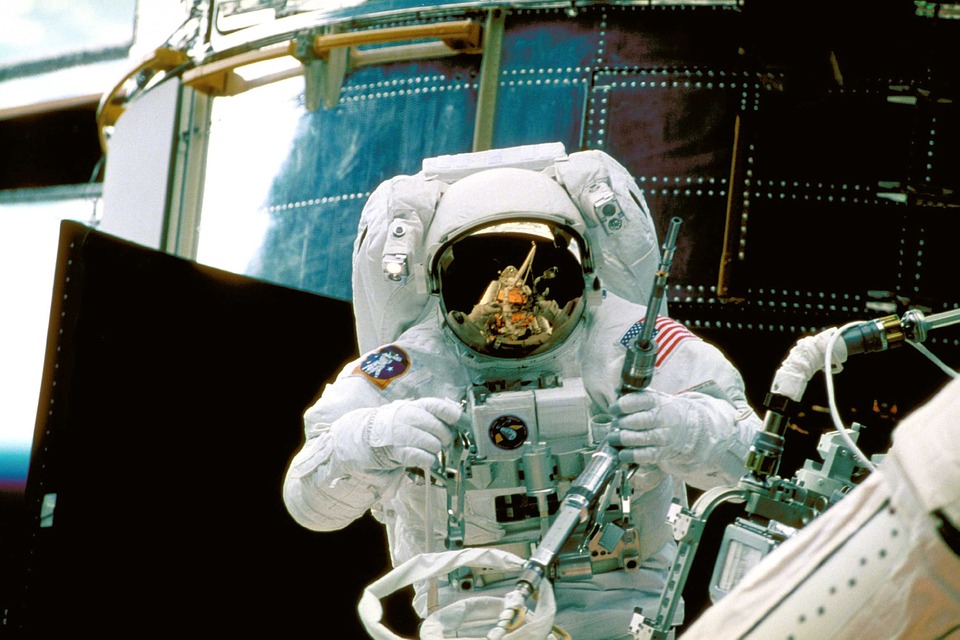 Jain is the cofounder of Moon Express, a Silicon Valley venture working on private travel to the Earth’s lunar neighbor, as well as mining rare minerals from it. The company has won two major prizes for space innovation and is planning its first lunar landing next year. Last month it submitted its plans to the Federal Aviation Administration as part of its quest to win Google’s Lunar X Prize, worth $30 million.

“The Moon to me is really symbolic of what entrepreneurs can do,” said Naveen, a speed-talking, Indian-born entrepreneur who left a job at Microsoft to found the now-infamous “dot com” InfoSpace in 1996. After a turbulent and controversial tenure as CEO there, Jain went on to found several other companies, including Moon Express in 2010.

“I’m the most dangerous person that space exploration has ever seen because I know nothing about space,” said Jain, speaking energetically at the Collision technology conference in New Orleans, wearing a rocket pin on his periwinkle blazer. “But projects need non-experts.”

Collision was not short on experts working in space, however. Planet Labs founder Chris Boshuizen has been in the space exploration field for years, including as a mission architect for NASA’s Ames Research Center.

Seizing upon what he called a “data revolution in space,” Boshuizen and some NASA colleagues founded the company that would become Planet Labs in 2010, building and launching satellites the size of a loaf of bread that can scan the surface of the Earth and send high-quality images back home.

“We want to ultimately distribute day-of data to anyone on the planet of what’s happening in their backyard,” said Boshuizen, showing an image of one of Planet Labs’ tiny satellites (called “Doves”) affixed to the International Space Station.

“I can pay a marketing firm any amount of money and I can’t get this kind of exposure,” said Boshuizen, with the image of the Dove satellite and Earth looming big, blue and green above him.

“Potentially some of the biggest data sets we have are in space,” he continued. “There just isn’t enough data out there to address a lot of the problems we’d like to look at.”

For its clients in the private and public sectors, Planet Labs monitors oil pipelines, port traffic, illegal logging, urban growth and the effects of climate change. It also makes some of its data available to the public for free, especially in the case of natural disasters.

Elon Musk and SpaceX would certainly agree. Founded in 2002, SpaceX announced this week that it will partner with NASA on mission called “Red Dragon” to put an unmanned capsule on Mars as early as 2018.

“Red Dragon missions will help inform the overall Mars architecture that will be unveiled later this year,” SpaceX posted on its Facebook page. “These missions will help demonstrate the technologies needed to land large payloads propulsively on Mars.”

SpaceX also announced that it had won its first national security contract, worth $82.7 million, to launch the US Air Force’s GPS-3 satellite into orbit. Musk and SpaceX filed a lawsuit against the Air Force in 2014 to break Lockheed Martin and Boeing’s de facto monopoly on these launches via their United Launch Alliance.

A new space race is upon us, with the next generation of private companies competing and partnering with government entities.

Moon Express’s cofounder Jain is delighted. As the company’s website reads, “We believe it’s critical for humanity to become a multi-world species and that our sister world, the Moon, is an eighth continent holding vast resources than can help us enrich and secure our future. The Moon is unique in that its surface has remained relatively constant over billions of years.”

“Why haven’t we developed new civilizations on the Moon?” Jain asked at Collision. “I want to do this to inspire others to develop Mars.”

That work is already underway.