A link between Texas and the Arctic to combat climate change 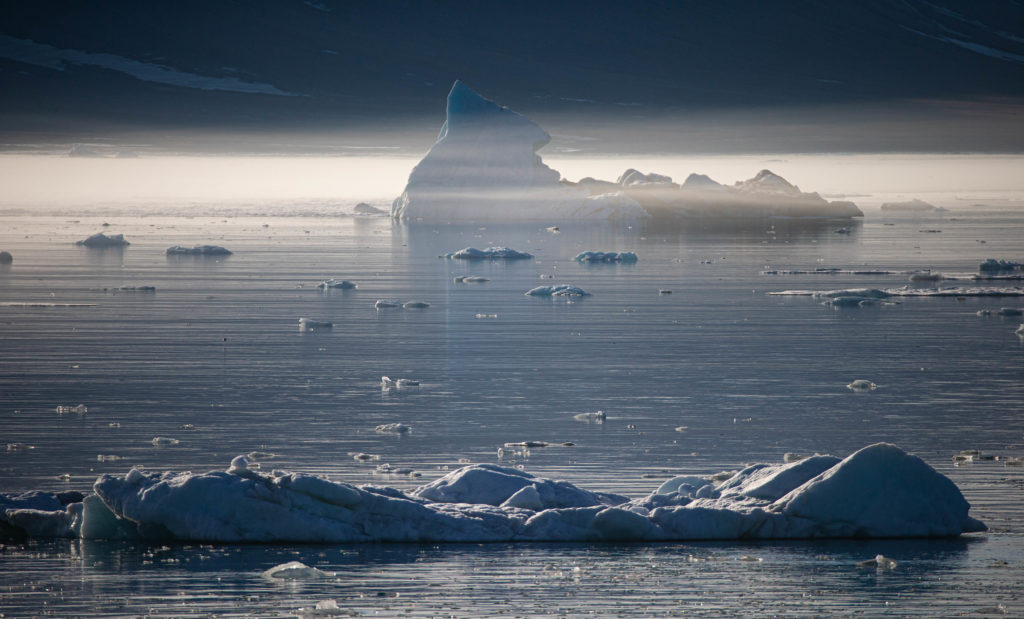 AUSTIN, Texas — Although they’re 3,000 miles and climatic worlds apart, Texas and the Arctic are closely connected in reflecting the realities of climate change and energy production. As an Austin-based scientist, I learned this first-hand on a recent trip to the region.

Texas, the land of endless deserts and cowboys is, by far, the largest producer of energy in the United States. Fields in the western part of the state, a region known as the Permian Basin, have contributed to a spike in oil and natural gas production in recent years that, according to the U.S. Energy Administration, will position the country to export in 2020 more energy than it imports for the first time since the 1950s.

This boom comes with a cost: The burning of fossil fuels for energy consumption is responsible for over half of the world’s man-made greenhouse gas emissions, especially carbon dioxide, which is the major driver of climate change. And there are few places in the world where the effects of changing temperatures are as obvious as they are in the Arctic, where this summer temperatures have reached record highs and nearly unprecedented ice melt.

That is why in June, I joined a group of staff, researchers and students from the University of Texas at Austin boarded the National Geographic Explorer – yes, that National Geographic –  to sail as far north as the pack ice would allow. On board, we joined ClimateForce 2019, an initiative from the 2041 Foundation that aims to reduce 360 million tons of carbon dioxide from the atmosphere by 2025. We were there to see the effects of climate change up close and learn from people from over two dozen countries, all united in their commitment to combat climate change.

The Arctic is also home to an estimated 90 billion barrels of oil and 1.7 quadrillion cubic feet of natural gas, the burning of which would only exacerbate climate change. And even though we also saw a lot of ice on our trip, there was not as much as there should have been. In fact, the ice is at historically low levels. What ice we did see was younger ice — ice that had just formed that year — and that is a problem because it melts faster each year. Not only does this reduce the ability of wildlife such as polar bears to hunt, but it also makes fighting climate change all the harder because sea ice acts as a reflector for the sun’s rays, helping to keep the planet cooler.

While most of us on the expedition had never been to the Arctic before, there were other tell-tale signs of dramatic climate change if you knew where to look. We had a rough plane landing in Longyearbyen, Norway; the tarmac has buckled because of the melting permafrost, as have most buildings. We were not able to visit the Svalbard Global Seed Vault because it was under repair from flooding that shouldn’t happen in the Arctic. On our island landings, we came across the remains of reindeer that likely died from starvation because they were not able to dig through the ice to get to their winter-time food — they can usually reach their food through the snow, but rain that freezes into ice stops them.

All of the carbon dioxide emissions associated with the global energy production and usage have added up in the atmosphere, charged as if to a planetary credit card that is now coming due on our watch. We went to the Arctic not to just see ice and polar bears, but to be able to take what we saw and understand climate change in the first person. We want to take the lessons learned and the sights seen back home and talk to those who have not been here.

We have distilled some of those lessons and reflections in blog posts that GroundTruth will publish in the coming weeks, combining our research on energy with the realities of climate change we saw on the ground.

The University of Texas conducts tens of millions of dollars’ worth of energy research each year. About a third of that research is focused on fossil energy (such as hydraulic fracturing for natural gas) and the remaining on nuclear, renewables, carbon capture, energy distribution, policy and efficiency.

I personally study how to clean up the electricity grid. I try to figure out how much clean energy we can get on the system before we start having problems keeping the grid stable with resources that are dependent on the sun and wind. We then figure out how to fix those problems to push clean energy further. The electricity sector is responsible for about a third of global greenhouse gas emissions, and seeing the on-the-ground impact of the resulting global temperature rise was powerful and left me with a resolve to work harder to clean up the grid.

Joshua D. Rhodes, Ph.D. is a Postdoctoral Research Fellow in The Webber Energy Group and the Energy Institute at the University of Texas at Austin. His current research is in the area of residential smart grid applications, including system-level applications of energy efficiency and distributed generation.

This is the first in a series of posts from scientists, experts and artists detailing the impressions and insights they gathered on their trip to the Arctic, as part of ClimateForce 2019.