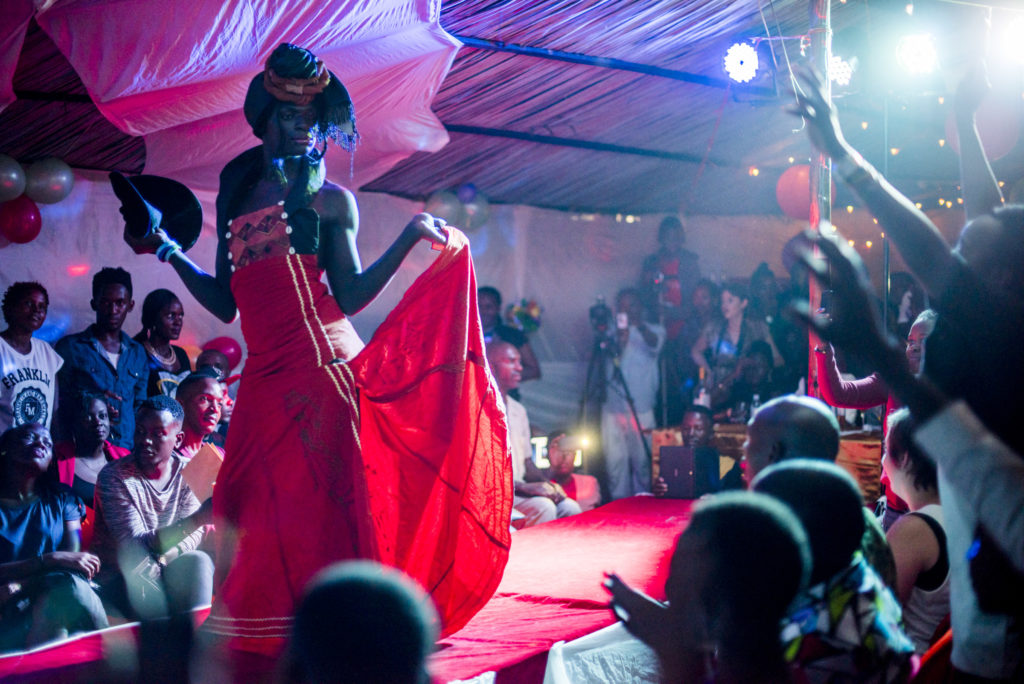 Uganda’s last Pride celebration, which honors its LGBT community with a parade and other events, took place one year ago in August 2015. Just before its 5th annual event, police raided a night club beauty pageant, beat participants and arrested LGBT advocates. The incident is proof of the Ugandan government’s ongoing threat against sexual minorities.

One member of the LGBT community nearly lost his life when he jumped from a four-story building to escape from police. Journalists were detained and forced to erase their photos and video evidence. And although the police brutality was condemned by the international community, Uganda’s politicians vowed to do everything in their power to stop all other Pride events scheduled to take place.

It worked – because of the 2016 police raids, this year’s Uganda Pride events were cancelled. These photos are a testament to the most recent time that LGBT people in Uganda were able to celebrate their pride in peace.

When I photographed Pride Uganda in August 2015, I was welcomed by the Ugandan LGBT community. I had been introduced by Tony, a gay, Congolese refugee with whom I had been friends with for over a year at the time. I met Tony through Joseph, a Congolese trans woman who I had befriended years ago while working in eastern Congo. With Tony and Joseph vouching for me, the organizers of Pride Uganda 2015 openly shared their plans with me. Like most people struggling for their rights, they welcomed anyone who could help to publicize and support their struggle. I got the sense that, while safety concerns kept Ugandan LGBTs from declaring their pride to the Ugandan public, they were eager to declare it to rest of the world – and they knew that my camera might allow them to do that.

But even amid the happy mood, sad stories surfaced. One member of the community returned home after Pride celebrations one night to find that his landlord had thrown him out. He lost all of his belongings in the ordeal. The next night, he danced barefoot at the bar where celebrations were held – and later, he slept on a wooden bench, amid the music and glimmering disco ball lights.

Rihanna, a trans woman and the previous year’s Miss Pride winner, invited me to visit her at her home. There, she and her friend told me that they spent 5 months in prison for accusations of homosexuality. There, they were “treated like animals,” she said, and were never brought before a judge. Eventually, they were released with help from the Human Rights Awareness and Promotion Forum – the only group of lawyers in Uganda to offer free legal services to LGBT people. But their time in jail caused them to lose their homes and all of their possessions.

Despite countless stories like these, Uganda’s LGBT community is not made of merely “victims.” They have asserted themselves. Their leaders are well-known worldwide for their activism, and the mere existence of Pride Week in a country so hostile to LGBT people is living proof of their strength, resilience and determination to be themselves, no matter the consequences.