An interactive film on the Marshall Islands

By The GroundTruth Project

The seas are rising around the Marshall Islands, a low-lying island nation in the middle of the Pacific Ocean. Floods, once a rare occurrence, have become common. Fifty thousand people call the Marshall Islands home. About half of them are children under the age of 18. With record increases in global temperatures, the country could become uninhabitable in their lifetimes. Meet three young residents who hope it won’t.

This is the story of a country in peril — told by 9-year-old Izerman Yamaguchi-Kotton, 14-year-old Julia Rijino and 12-year-old Wilmer Joel.

Explore the interactive film, a co-production of FRONTLINE and The GroundTruth Project. 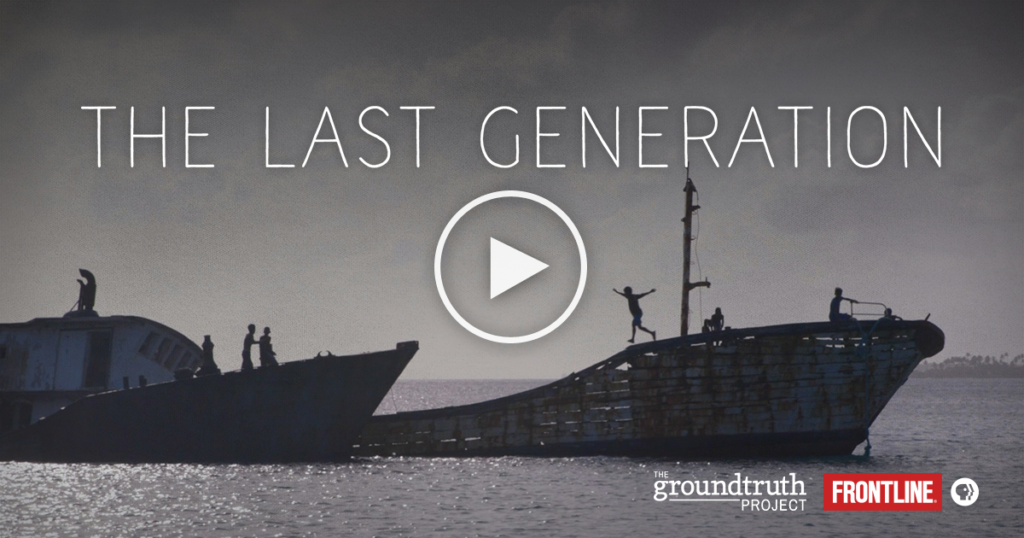 Michelle Mizner and Katie Worth, of FRONTLINE, reported for more than a year on this project through a fellowship with The GroundTruth Project. The filmmaker and reporter sought out the intimate stories of children growing up in a nation grappling with the effects of a warming world — the rising seas, the major storms, the floods and the droughts. And they unpacked the evolving science of climate change, and what’s at stake for a vulnerable island that contributed little to human-caused global warming, but whose future existence depends urgently on addressing the problem. Their immersive documentary work captures the hopes and fears — and resilience — of three children, and the whole of the Marshall Islands.